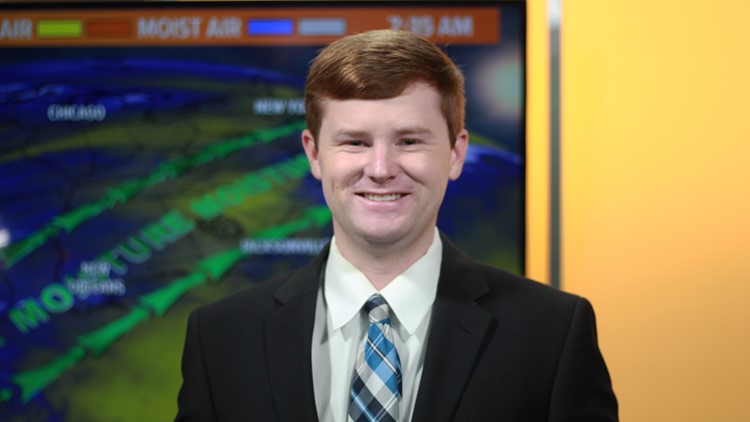 Austin Chaney is a meteorologist for 13WMAZ.

Austin joined the 13WMAZ Weather Team in September 2018. You can find him on midday and on weekend evenings.

Austin received his degree in Atmospheric Science/Meteorology from the University of Georgia. He is recognized as a Certified Broadcast Meteorologist by the American Meteorological Society.

Austin interned with Severe Weather Team 2 at WSB-TV in Atlanta.

Austin’s passion for weather took hold in middle school. In 7th grade, he began giving forecasts on the school’s morning newscast. After doing school news and becoming a self-proclaimed weather nerd along the way, he knew he wanted to peruse a career in broadcast meteorology.

Austin’s other passion is sports. During his time in Athens, he hosted a weekly sports talk show, the Sports Power Hour, on WUOG-FM. He is a huge Georgia Bulldogs and Atlanta Falcons fan.