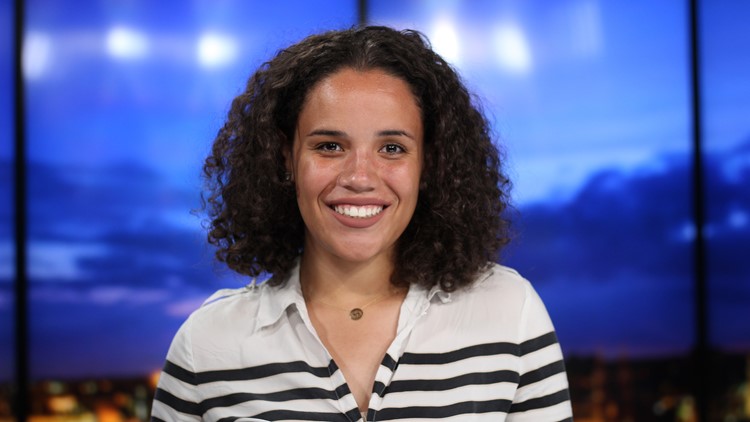 Kayla Solomon joined the 13WMAZ team in October 2018 as a Multi-Skilled Journalist.

Kayla graduated from Temple University’s Klein College of Media and Communication in May 2018. During her time at Temple, she was a reporter and anchor for OwlSports Update, a College Mid-Atlantic Emmy Award-Winning show on Temple TV. Through working on this show, she had the opportunity to cover the Penn Relays and Temple football on their road to three consecutive NCAA bowl games.

Kayla was also the president of the Temple Association of Black Journalists, a student chapter of NABJ, for two years. Through her leadership, the chapter was able to increase membership and hold programs on professional development.

As an Emma Bowen Foundation fellow, she landed an internship with Fox 29 Philadelphia and later, a full-time news trainee position with Fox 5 in New York City.

When she’s not watching the Knicks, Yankees, or Jets, Kayla enjoys cooking and meeting new people!

Have a story? You can email Kayla at ksolomon@13wmaz.com or follow/message her on Twitter @KSolomonReports.