Stuckey's began in the 1930s in Eastman, Georgia as a roadside stand. 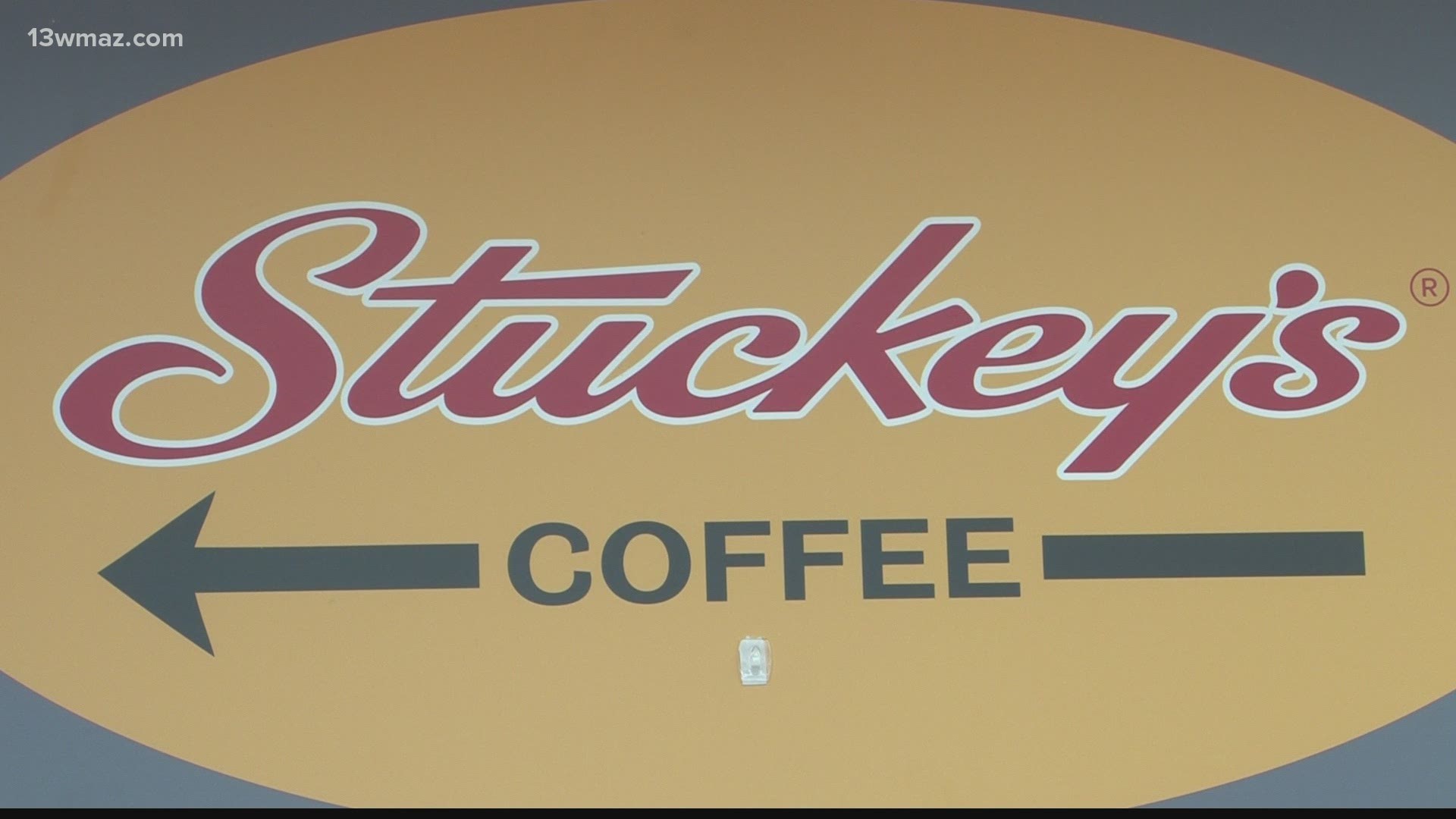 PERRY, Ga. — People who did road trips in the 1940s, '50s, and '60s knew about Stuckey's, an old-timey version of what we would call a convenience store today.

Stuckey's began in the 1930s in Eastman, Georgia as a roadside stand. They've always been famous for their pecan log. The company has had its ups and downs, but now Stephanie Stuckey wants to bring it all back .

"This is focusing on the fact that we're a road trip brand -- we're on the road again," Stephanie said holding a vintage coffee cup.

Third generation in the family Stephanie is in the driver's seat.

The founder W.S. Stuckey Senior was her grandfather.

20 years later, his son and Stephanie's dad, Bill Stuckey, got it back into the family.

"My dad retired over a decade ago and that's when it began to plummet and I had the chance to buy it again," she explained.

Stephanie says it didn't come with any stores like the one her nephew William Putnam opened up as a franchise recently in Perry.

"They come in and say, 'Oh, my God, it's a Stuckey's. I hadn't seen one of these since I was a kid. You guys are still around?'" William described.

Putnam has a store in South Carolina, too, but if Stephanie has her way,  they'll start springing up around the country.

"My audacious goal is to make road trips fun again, make that the way people want to discover America," she reminisced. "I would love for us to have a handful of corporate-owned stores that are destination locations."

But the roots will still stay in Georgia.

All the pecans are grown in the Peach State and the corporate headquarters still sits in the brand's hometown of Eastman.

There is a storefront in Eastman that says Stuckey's, but it is owned by another business.

Stephanie says, one day, they'd like to open up a museum in Dodge County.

As for the plant where those pecan logs are made, it's outside Augusta, and one day, they may offer candy plant tours.