Felicia's Cake Factory has a storefront on Third and Cherry Streets in Macon. 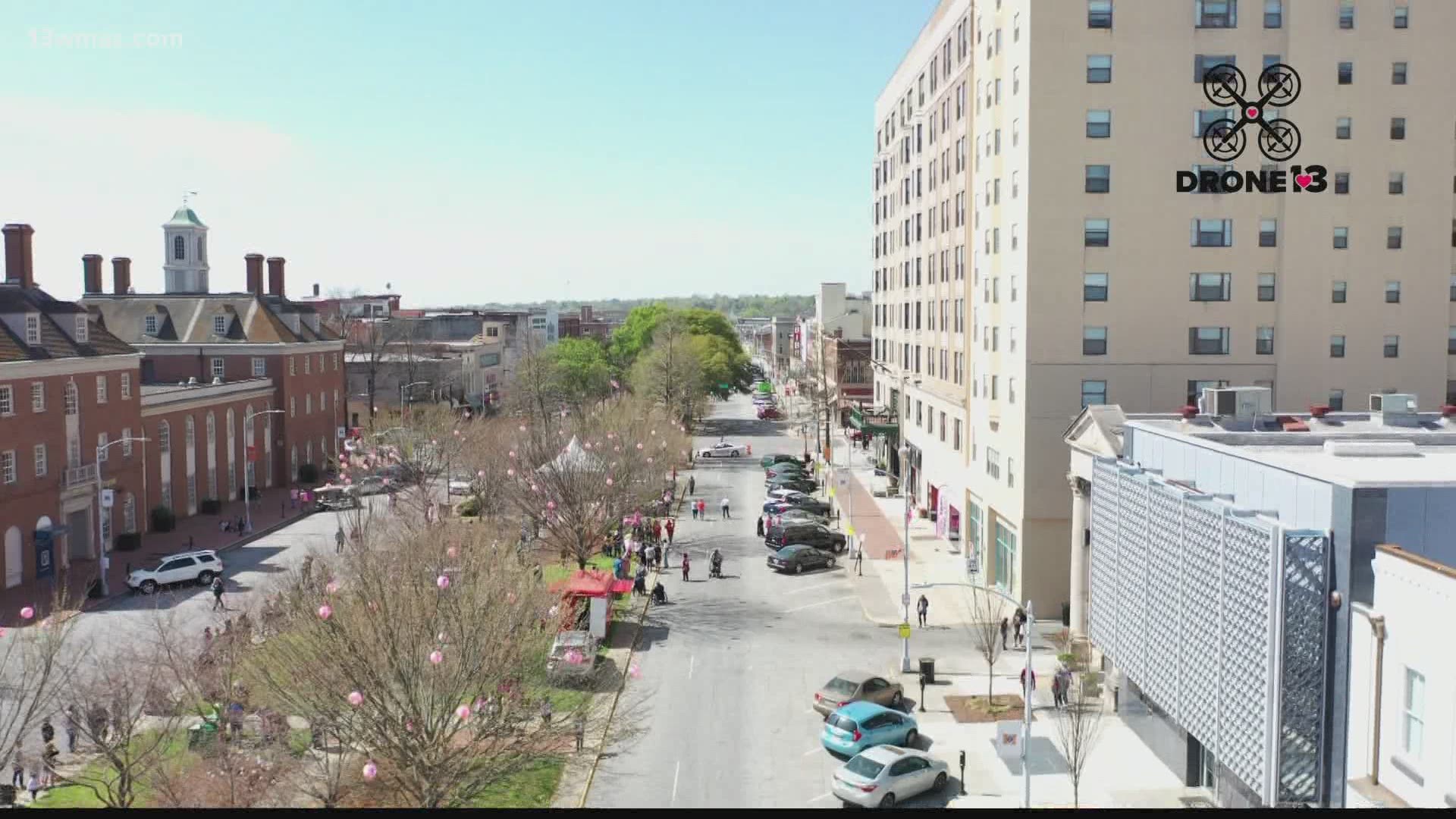 MACON, Ga. — The pink pancakes, fair rides, and live music were all back in Macon after a one-year hiatus.

For Felicia Howard, the owner of Felicia's Cake Factory, it felt good to have the Cherry Blossom Festival back.

"Didn't have as many people as we did in 2019 to show up because I think people are still a little hesitant on getting out, but there were a lot of people out," Howard said. "We had people coming in, I think I met someone from Texas, someone from Kansas and someone from Florida."

Howard says she and her staff were all hands on deck to handle both the online orders and walk-ins.

She says they also adjusted normal hours to be open all week.

"We did the Founder's Day cake, which had a cherry and vanilla filling inside, and then we also did mini-cupcakes and everyone that grabbed one of the cupcakes on Founder's Day was really pleased with the taste of it," she said.

This year, the Food Truck Frenzy happened on Third and Cherry Streets, right on the same street as her shop.

"The area where we are, there's not a lot of businesses that are open, so having more foot traffic on our end was really helpful," Howard said.

Despite the handful of events canceled by the rain, Howard says it was a successful week.

"It felt like we were pre-COVID, having the people, seeing them out there, having the band live performing, it was really great. Just felt like things were prior to COVID," Howard said.

To try out a dessert from Felicia's Cake Factory, you can take a look at the full menu or place your order on their website.