Here's what you need to know about VP Pence's Macon visit 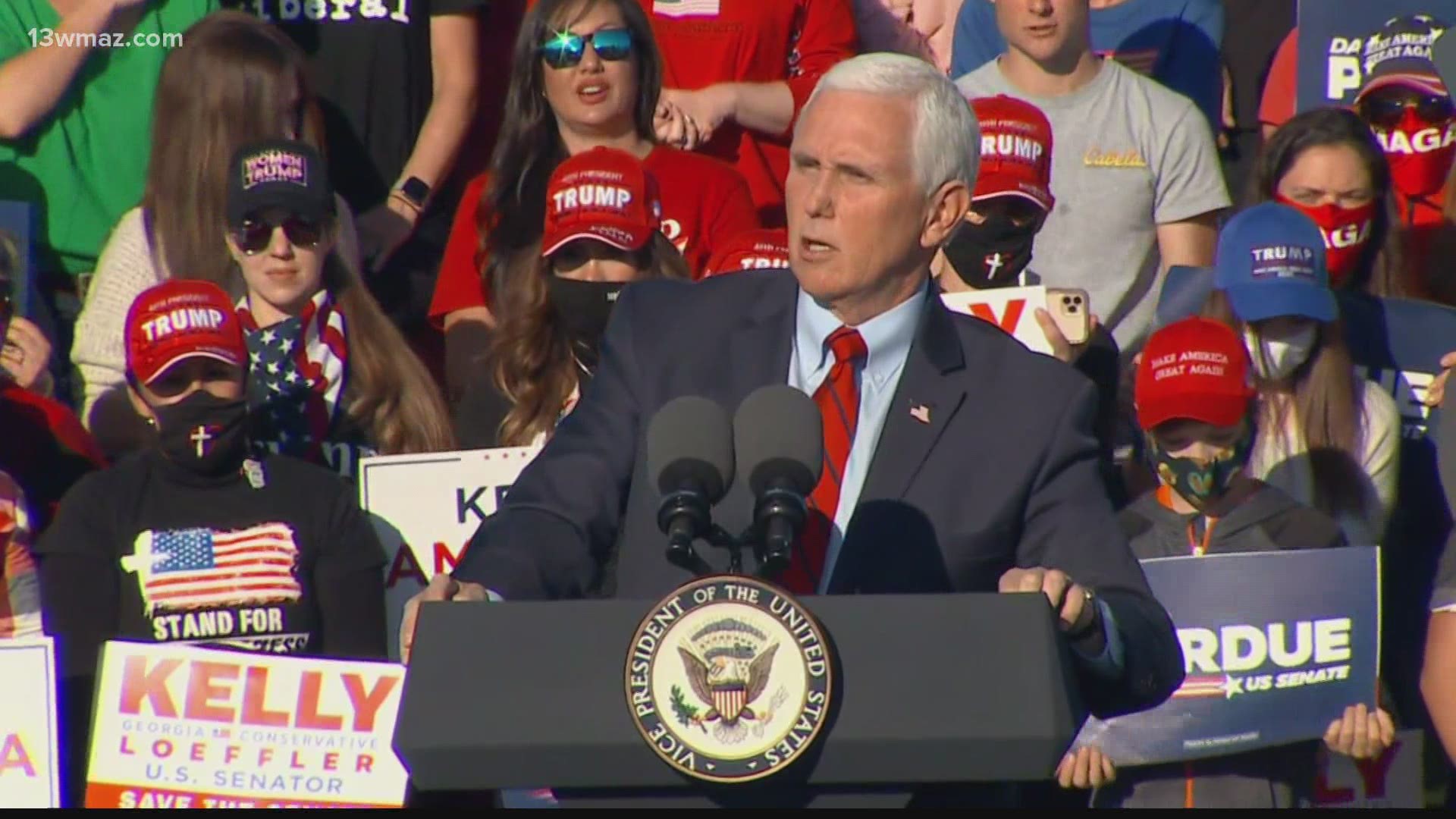 A news release from the Georgia GOP says the vice president is traveling to Columbus first, and then he's headed to Macon later that day.

Pence is set to deliver remarks at the Defend the Majority Rally, as he and others aim to help Republicans keep the U.S. Senate majority.

The rally will be held at the Middle Georgia Regional Airport located at 1000 Terminal Drive.

Doors open at noon and the program starts at 2 p.m.