'Party with a purpose': Downtown Macon businesses team up for Christmas giveaway

Starting on Monday, people can get discounted food, drinks, and hookah for donating toiletry and canned goods. 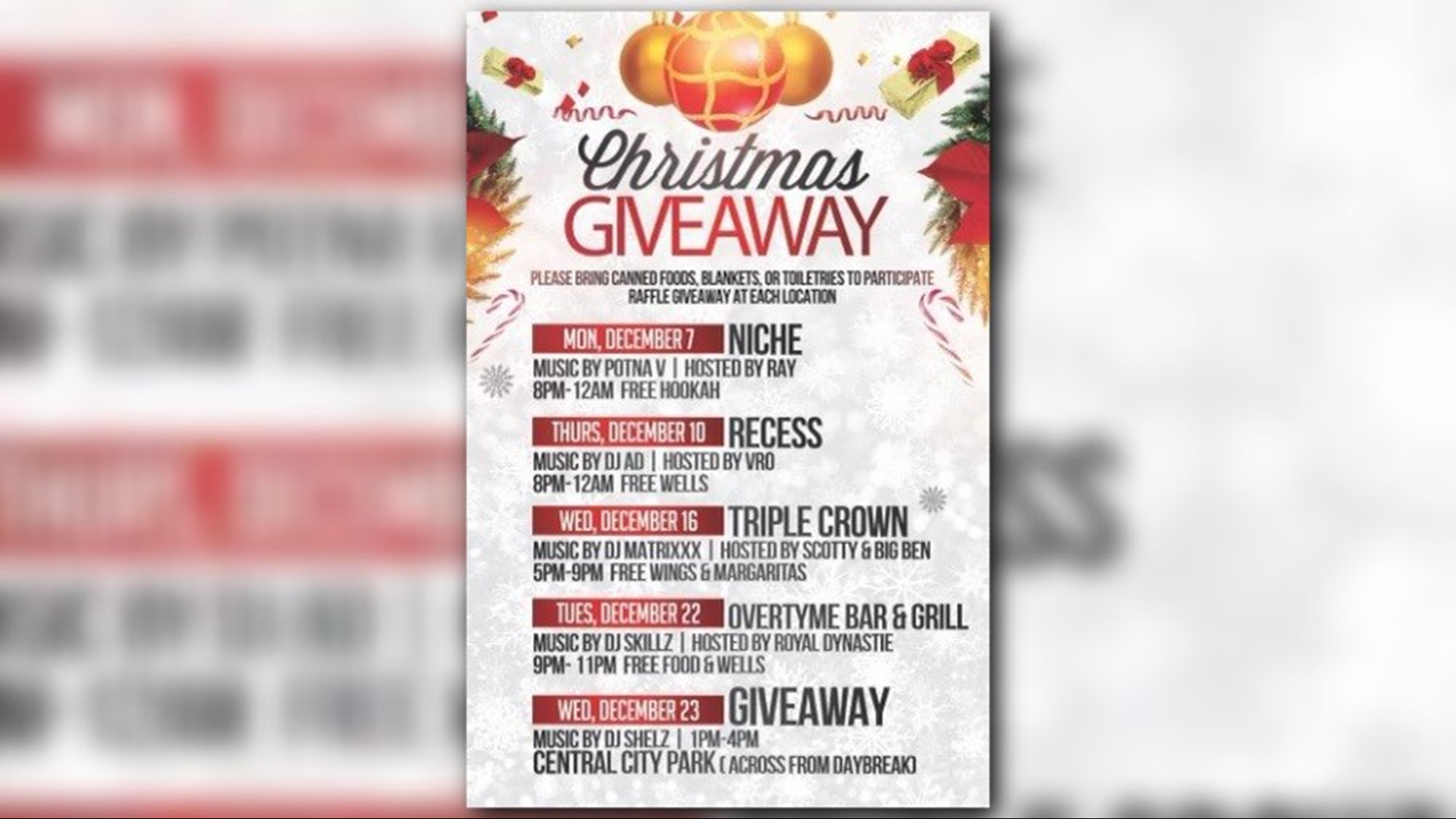 MACON, Ga. — This week, a handful of downtown Macon businesses are gearing up for a special Christmas giveaway.

The Human 2 Organization, a non-profit that was formed in 2018, is now hosting its first large event.

Starting on Monday, people can enjoy drinks, hookah, and food while donating canned food, blankets or toiletries, and they can also enter into a raffle. The winner will be announced the day of the giveaway.

These donation drives will happen at four locations across the city, including Niche 385 and Recess Bar and Lounge.

On December 23, the collected items will be passed out to people at the empty lot across from the Daybreak Center.

Founders Shabrea Duffy and Materra Drafts say they felt the need to have the event now to bring some relief to people affected by the pandemic.

"There's a need for assistance for those families outside of just the homeless population. You have families that are technically not homeless, but are struggling, so we wanted to pull together and we were like, 'What does Macon do best?' Macon loves to party, so let's party with a purpose," Duffy said.

The first event will happen Monday night at Niche 385 on Second Street from 8 p.m. to midnight. If you bring items to donate, you can get a free hookah.

Here are some other deals you can get when you donate:

On Thursday, December 10, there will be free wells at Recess Bar and Lounge for people who donate items.

On Wednesday, December 16, Triple Crown will have free wings and margaritas from 5-9 p.m.

The last event, on Tuesday, December 22, Overtyme Bar & Grill will have free food and wells from 9-11 p.m.

The giveaway will take place on December 23 at Central City Park across from Daybreak. Items will be handed out on a first come, first served basis.