Hundreds of shoe enthusiasts gather in Atlanta for Sneaker Con

The event is for sneakerheads to buy, sell, trade, and barter. 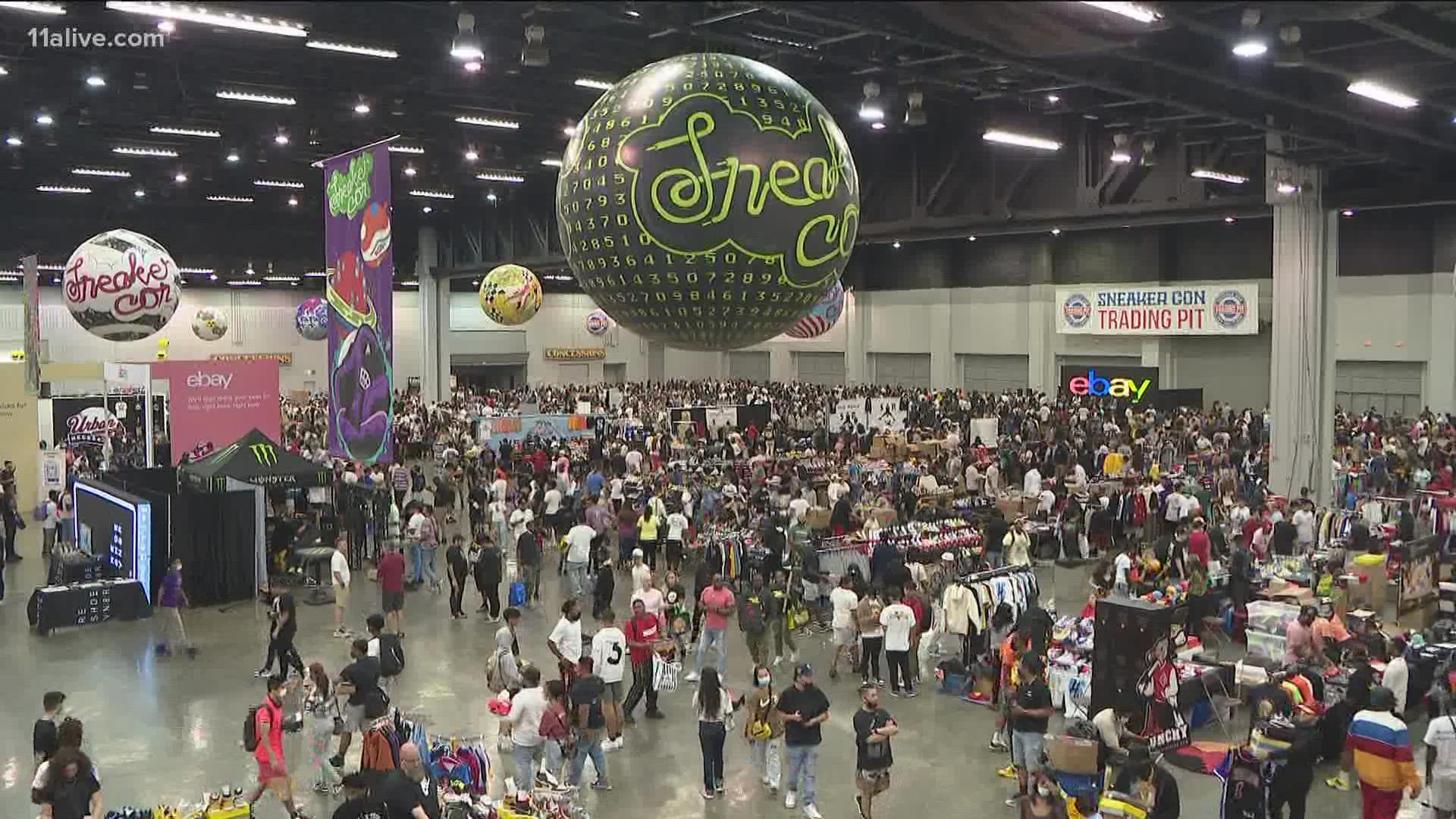 ATLANTA — Over the weekend at Atlanta's Cobb Galleria Centre it was all about the shoes.

Sneaker Con is a chance for shoe enthusiasts to browse thousands of rare footwear, buy a new pair, and even do a little bartering.

Since it's inception in 2009, Sneaker Con has hosted more than one million attendees and vendors in more than 40 cities worldwide

It didn't matter how long the wait or the drive was for some.

For sneaker heads, Atlanta's Sneaker Con was one you couldn't miss.

"Sneaker Con is where anybody who is a fanatic, who wears kicks, who likes sneakers, who grew up on it, or is just getting into it, they all come together," Sneaker Con Managing Director William Debord said.

For some it was easy finding a fresh pair, for others the journey had just begun.

Sneaker culture has always been somewhat of a boy's club, but over the years it's expanded, now catering to more girls.

"I've been seeing a lot of girls having their own like tables reselling and stuff like that. It's been really cool," vendor Mariah said.

While many were just hoping to find that holy grail of kicks, others were simply here for the cash.

"I've been out of college for a couple years now. I was trying to figure out what route I was gonna do after college and just started selling sneakers and then it turned into all of this," sneakerhead Jared said.

The sneaker market is now a multi-billion-dollar industry, which makes this not only a hobby, but a full-time business for some.

"It's so important because you got people who literally feed their families off just traveling to all our events nationwide and even globally," Debord said.