Hay House management says filming went awry when actors started doing 'risqué' things on set. They did not know the shoot was for for Sacha Baron Cohen's latest film 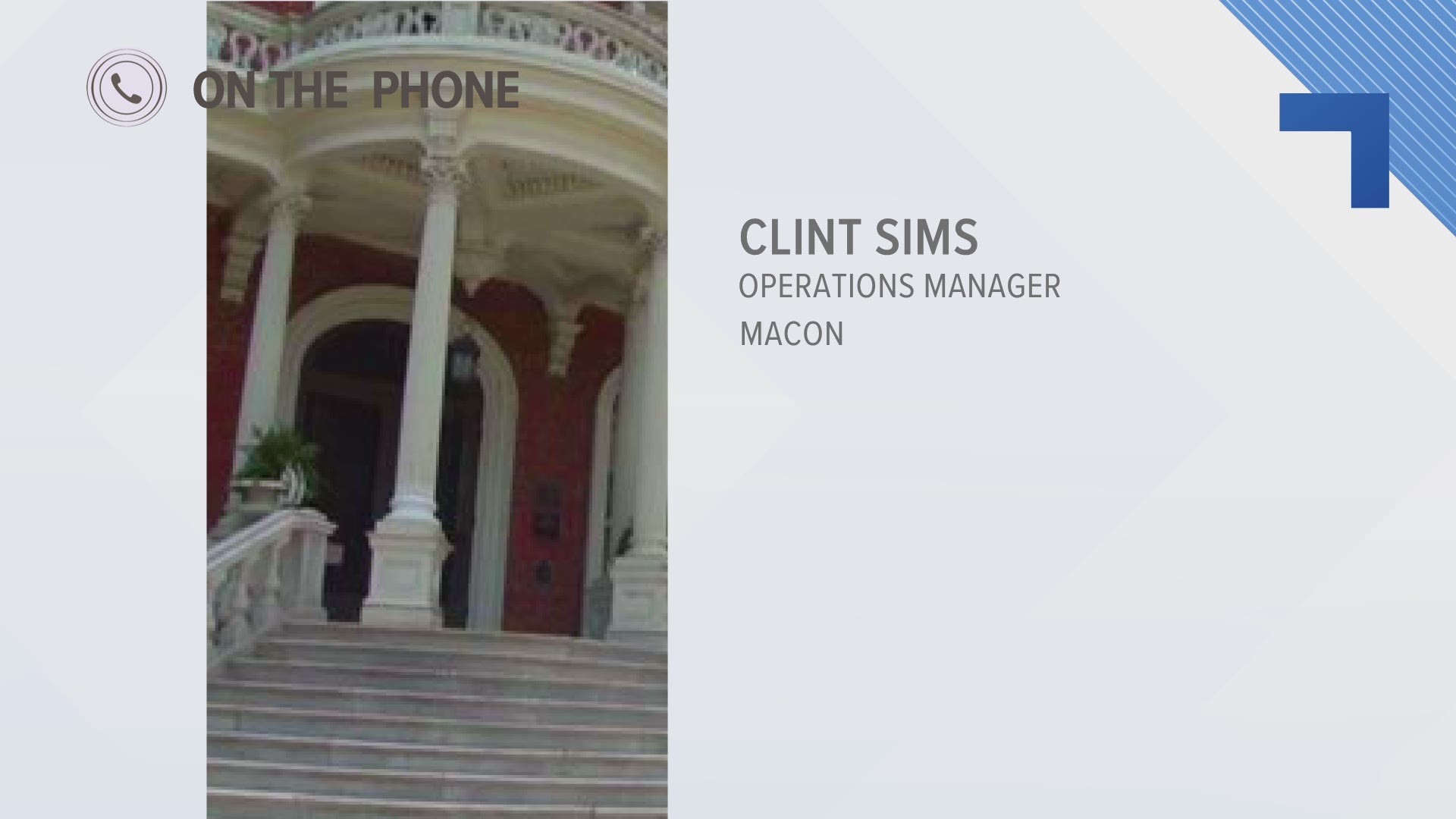 MACON, Ga. — Central Georgians checking out the trailer for Sacha Baron Cohen's 'Borat Subsequent Moviefilm' may be surprised to see a Macon landmark.

The historic Hay House makes a cameo in the trailer, which dropped earlier this week, but no one there had any idea what the filming was actually for.

The film picks up where the 2006 comedy 'Borat' left off and chronicles the adventures of fictional Kazakh journalist Borat Sagdiye, who documents real-life experiences in the United States.

Hay House Operations Manager Clint Sims says the staff at the 19th century home didn’t approve for the filming of Cohen’s follow-up raunchy comedy, which is set to release on Oct. 23.

“The filming was a rental done under false pretenses. It was not discussed or approved by the Macon Film Commission,” Sims said. “What was discussed with the production company during the initial rental is not what happened or transpired on site.”

Sims says a production team told Hay House management that they were shooting footage of a debutante ball.

Central Georgia residents were also invited to dress up in formal attire and be extras on set. Sims says those people were told the filming was about a 'coming of age' event for young people too.

Sims says actors started doing “risqué” things on set. He would not specify what they were doing, but he says they were “not very favorable.”

“We actually stopped the filming,” he says.

That’s when the whole production crew packed up and ran out the door in just a few minutes, according to Sims.

Sims says they did not know the filming was supposed to be for Cohen’s latest Borat movie and they want “nothing to do” with the film.

However, scenes from the February shoot are still depicted in the trailer and are expected to show up in the film as well.

“From what we saw of it when we stopped the filming, it had gotten pretty risqué,” Sims said.

He has not been able to get in contact with the production crew members that they worked with to set up the shoot.

“They all changed their numbers,” he said.

Sims says Cohen was on set at the Hay House during the filming, but he was dressed in disguise.

"We didn't know it was him until the video came out and one of my coworkers, who was working the event, said, 'That was him. He was actually here,'" he said.

On IMDb, the film also lists Mike Pence and Rudy Giuliani as cast members in Borat.