Engaging virtual technology, innovation, and strict CDC guidelines, the High Museum of Art has reopened its doors to eager visitors. 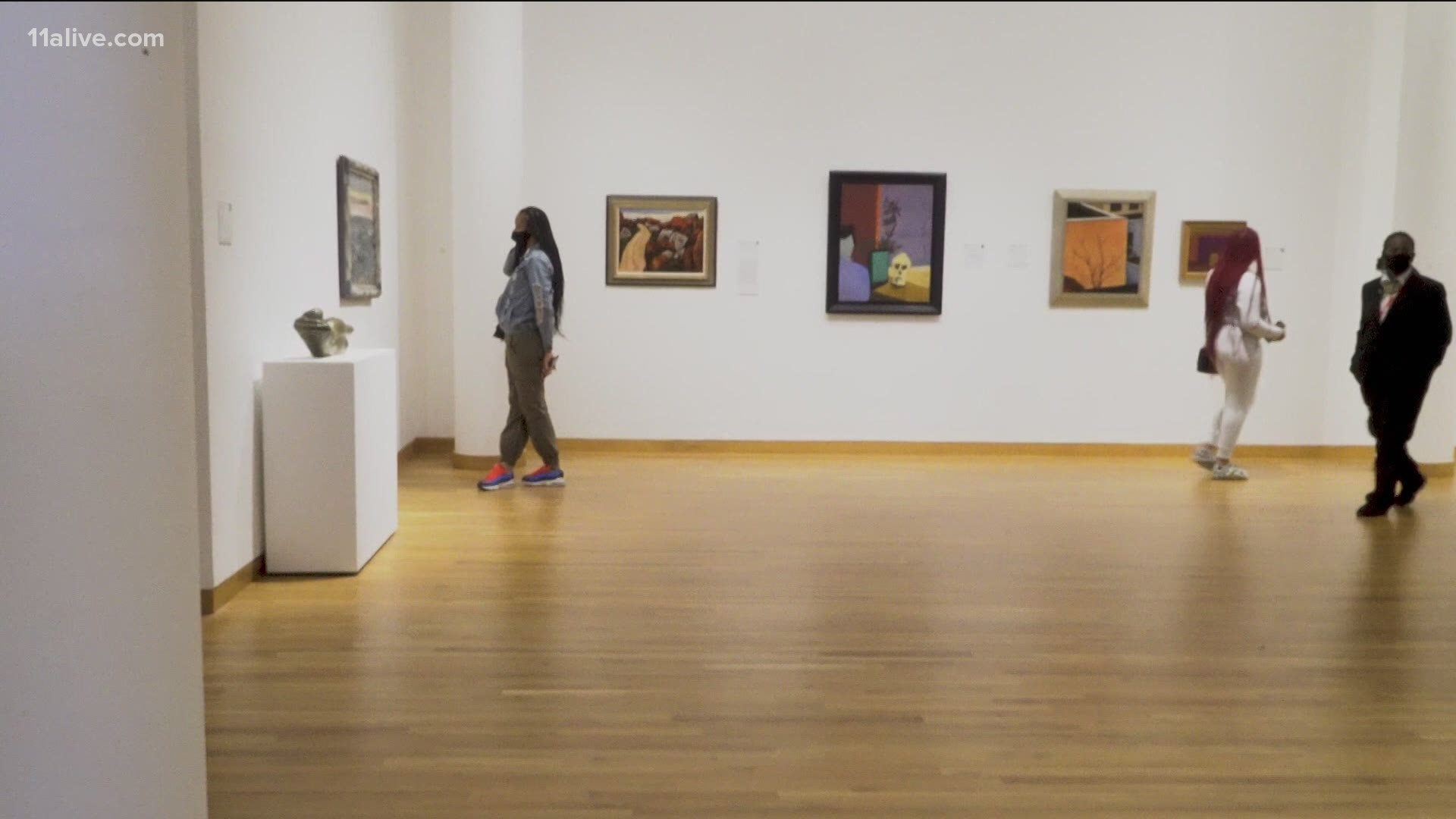 ATLANTA — One way Atlanta’s High Museum of Art adopted to change during the pandemic was providing people with a chance to see a world famous artist's work from the comfort of their homes.

The High Museum decided to get creative after it was forced to close for months. What started as a temporary solution is now becoming a permanent way to bring the arts to more people.

Almost exactly one year ago, the pandemic shut down the High Museum.

With the budget cut by $6 million, it had to let five staffers go. They were the employees who handled student tours, and the pandemic brought to those tours to a grinding halt and sudden stop.

However, Rand Suffolk, the High Museum's director, was not going to let the year of the pandemic hold him back. He opened the museum after four months with strict CDC guidelines and protocols in place.

But he added something new. The museum also went digital and virtual.

“We developed a whole series of programming and great teacher resources at the time. We did activities for families to do virtually, tours, talks online, and studio visits with our curators and artists,” Suffolk said.

“We did this to give people some form of, hopefully, some constructive distraction, and some inspiration during the mess that we were all living,” Suffolk added.

He said the program is succeeding.

Right now, the museum itself allows 250 people in per hour. That’s 25 percent of the normal daily flow, but people are enthusiastically coming back.

Cathy Freeman and Melanie Williams, both from Decatur, were recent visitors.

“This is our first outing in over a year but now that we have the vaccine, that has been a game changer,” said Freeman.