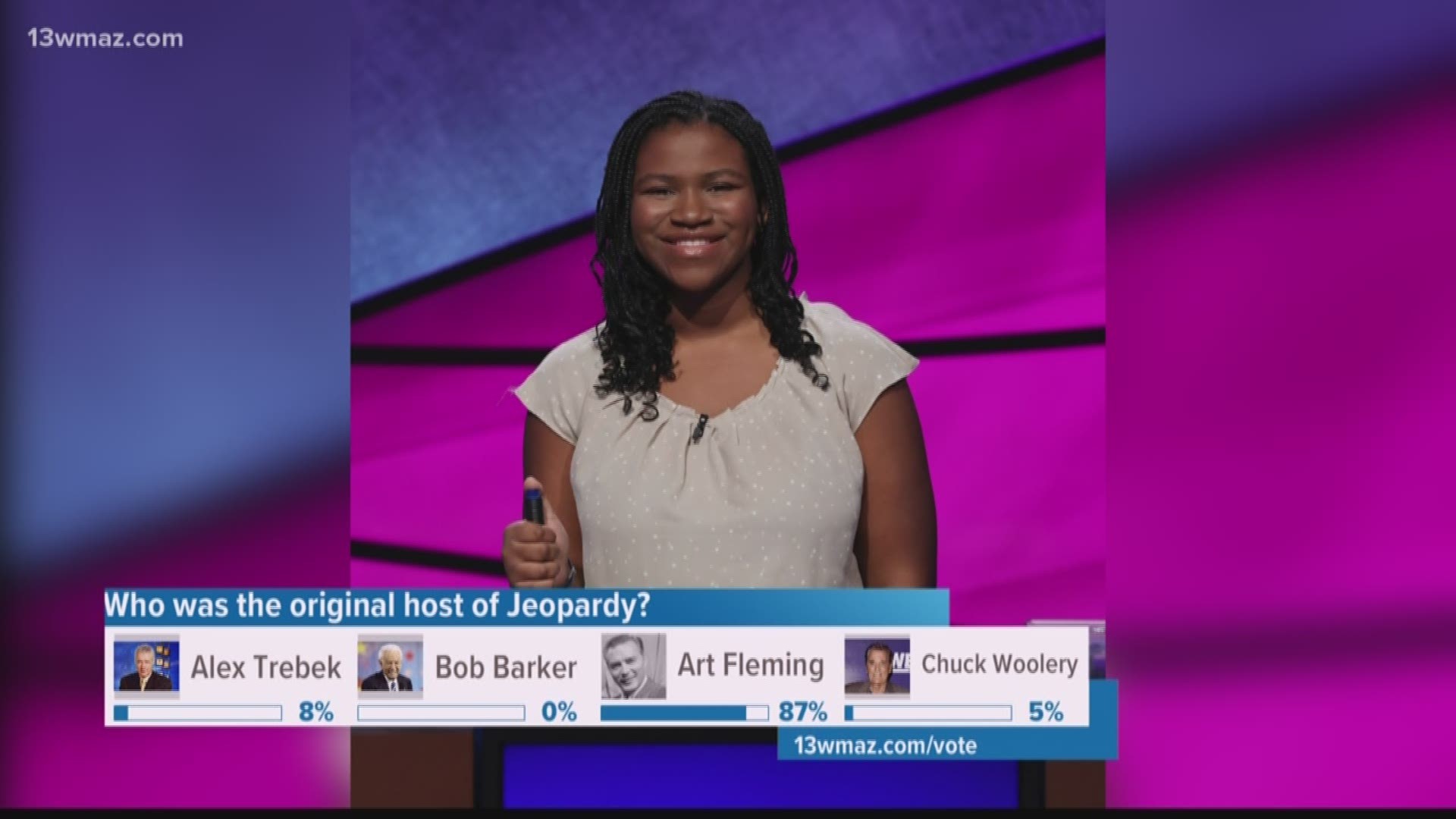 MACON, Ga. — You may sit on your couch and yell out some answers to Jeopardy! every night, but have you been on the show before?

Stephanie Pierson hopes to make Macon proud when she actually appears on the show Monday, June 17.

"I started watching in fifth grade and I was 10," Stephanie said.

Her mom Kelli Pierson got the call from Los Angeles back in August.

"They said, 'We've got great news for you, we want Stephanie to be a contestant on Teen Jeopardy!' and I had that oh my gosh moment. It just seemed so surreal to me, I couldn't believe it. [It's] truly one of the happiest days of my life," Kelli said.

Stephanie practiced for four months in front of the TV before she headed to Hollywood.

"The biggest preparation that I did was actually the buzzer preparation. I would sit at home and I would have this little rolling cart -- it's kind of like a file organizer -- and I'd roll it out in front of the TV screen and I set up a lamp in front of me to mimic the TV lights so I had my little practice studio going on," Stephanie explained.

"Then she did have pens and a turkey baster as her buzzer and she would practice everyday with the show," Kelli added.

Stephanie is a rising senior at Mount de Sales Academy in Macon and an honor student. When they did the taping this past winter, she took three days off from school and you would have thought that she'd tell all of her friends about what was going on, but she actually wanted to keep it a secret.

But what an experience to meet the legend Alex Trebek.

RELATED: Who is Emma Boettcher, the woman who ended James Holzhauer's 'Jeopardy!' streak?

"Alex Trebek...he's incredible, he's really intelligent, and he's really wise. During the commercial breaks, he gave a ton of advice to people and he also answers questions from the crowd and it was unscripted and it was really an authentic experience," Stephanie recalled.

Jeopardy tapes in advance, but Stephanie is sworn to secrecy on how she did. Keep an eye out.

There will be a Mount de Sales watch party at Margaritas in Mercer Village.