He spent nearly 30 years in prison. Now Macon’s former ‘King of Cocaine’ has written a play about his life.

‘The Rise and Fall of Jerry Anderson: Redemption' chronicles the life of the former cocaine kingpin. You can see it at the Douglass Theatre Oct. 18 and 19. 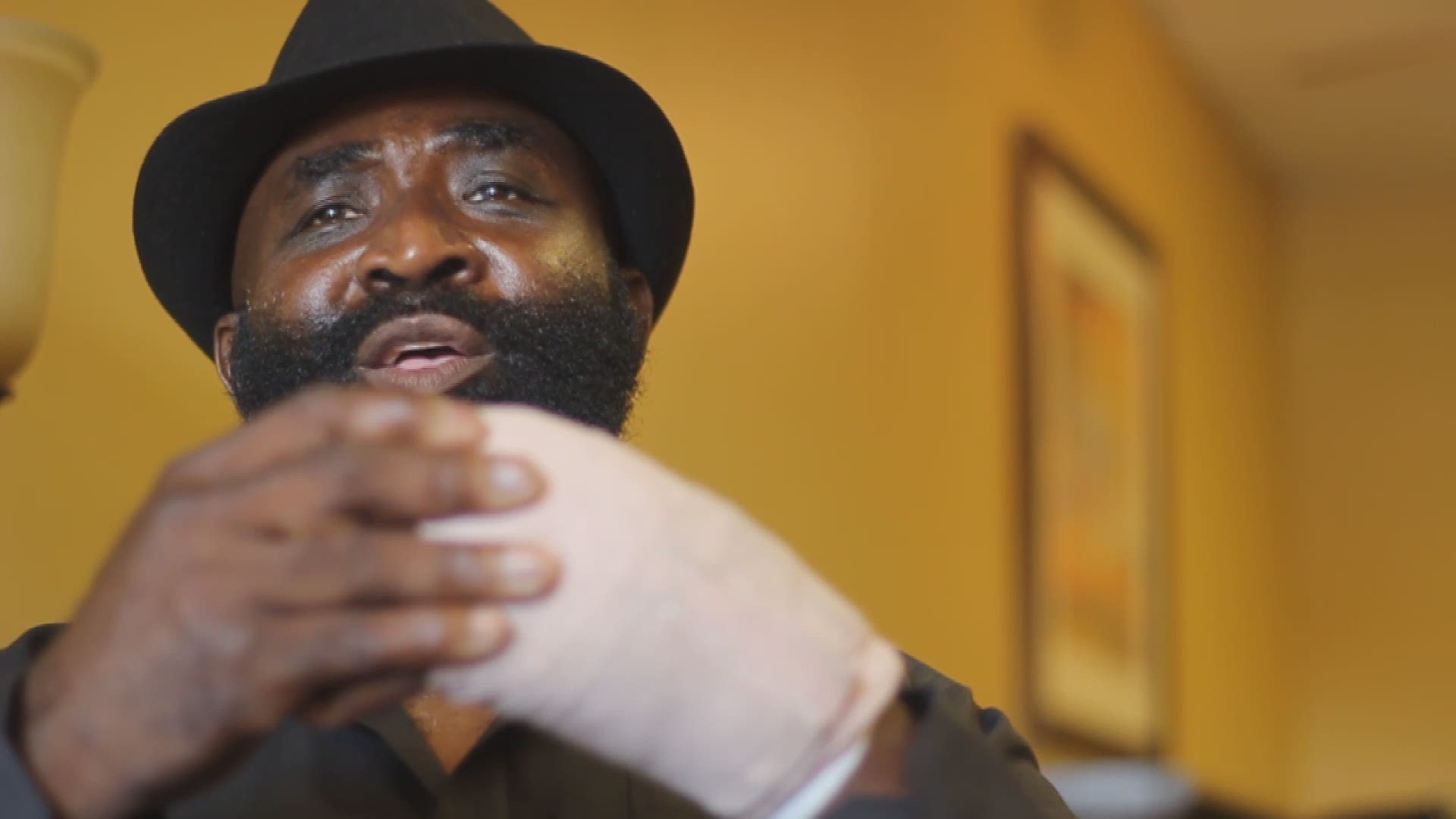 MACON, Ga. — Although Jerry Anderson has been out of the high-profile drug scene for almost three decades, he still carries the same confidence he says he once had during his days as Macon’s ‘King of Cocaine’ – the title a federal prosecutor dubbed him when he was sentenced to life in prison in 1991.

“I thought I was going to get out,” Anderson said. “I was really arrogant back then. Super arrogant.”

Back then, little did he know the next time he would touch free soil again would be more than two decades later.

Now the former drug mogul has co-written a play that chronicles his life. It’s called ‘The Rise and Fall of Jerry Anderson: Redemption.'

It will be performed at the Douglass Theatre at 6:30 p.m. on Friday and Saturday.

‘He goes from here, to here, to here, and his emotions are all over the place at certain points and it affected him – you know – tremendously,” director Stephen Little said. “Some of the things he’s talking about still affects him to this day.”

Little is directing the production and co-wrote it. He says when the Andersons approached him about writing a play on Jerry’s life, all he could think was, “Why not?”

Smith has written several plays that have been performed at the Grand Opera House and the Douglass Theater. Anderson’s is not the first one based on a true story.

Anderson says writing his first play was difficult in the beginning, but Little helped him along the way.

“We met at a local business office and he laid on the floor and went through his whole story,” Little said. “He was like, ‘I can tell the story better if I lay down’.”

Anderson and Smith say the play is not meant to glorify Anderson's life as a cocaine kingpin. They want to teach a lesson.

It’s all about portraying an example to the community.

“I’m hoping that all the young kids and all the people that are on the wrong track...  see the play” Anderson said.

He says each act will resonate with the audience in some way.

“I want to them to see what happens in the 'fall.' The 'fall' part is always what happens when you get caught,” Anderson said.

Anderson says people can buy advance tickets for $25 at the Douglass Theatre, online, or from him. Tickets will be $30 at the door.

'Let me out!': Man gives family one last laugh at his own funeral

'Mildred, you are a legend' Children's Healthcare of Atlanta nurse retires after 50 years