Wix Patton follows his dream after he was faced with an ultimatum: football or music. 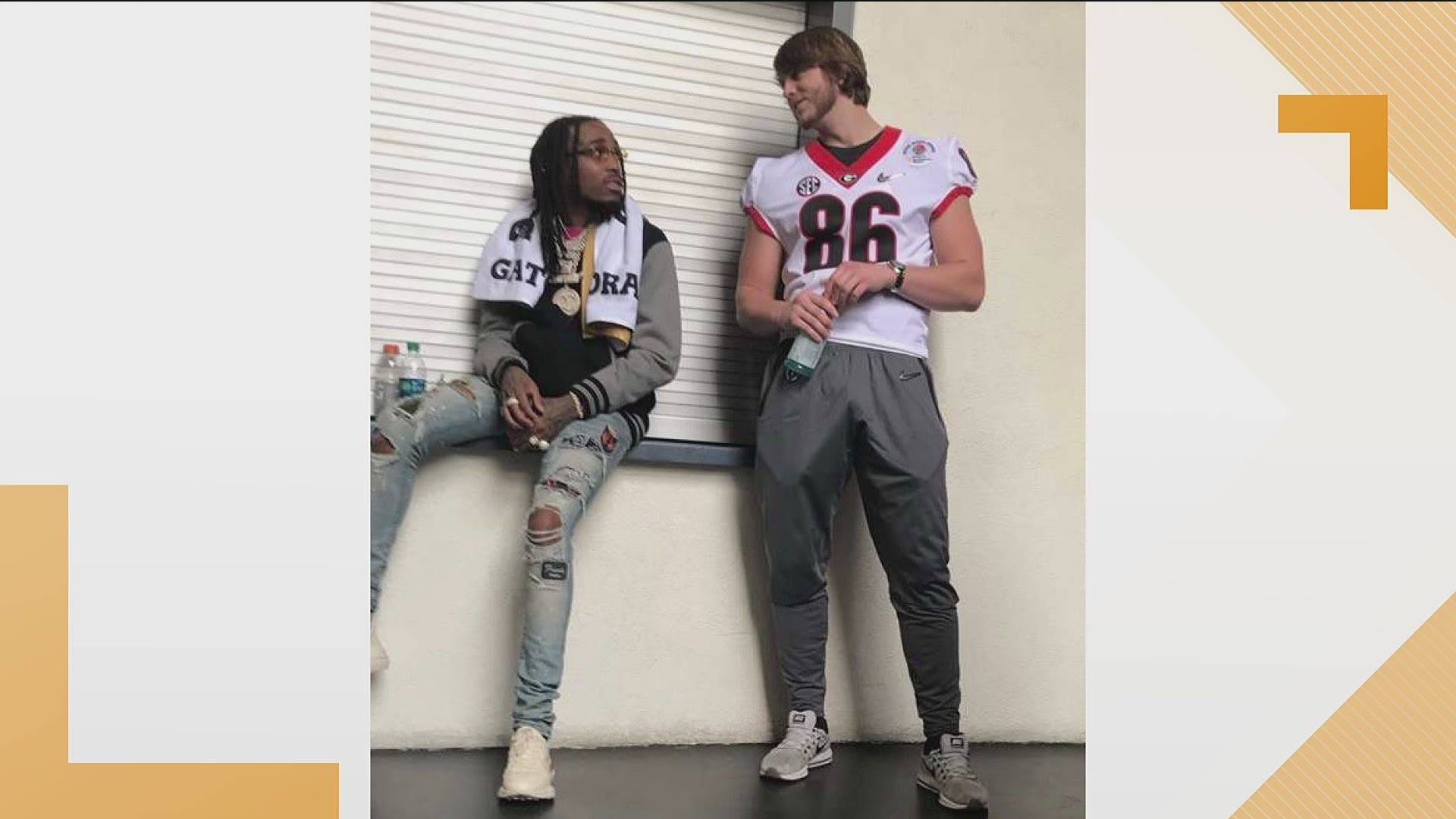 While playing tight end for the Bulldawgs, Patton said the NCAA told him he had to make a choice -- football or music.

"The NCAA wanted me to take down all the music, all of the social media posts, and everything that I kind of built while at UGA," said Patton. "Since then, it's been a momentum train because ever since I left, I felt like I've had something to prove."

"I grew up listening to HOT 107.9 on the radio every single morning on the way to school, and hearing my music on there the last couple of weeks has been absolutely nuts," said Patton.

When the UGA football team traveled to Pasadena, California for the 2018 Rose Bowl, a video of Patton freestyling in front of teammates went viral on Twitter.

"Those were just unbelievable moments to have as a freshman in college. To run, just be storming the field with all my teammates, to go into the national championship, to the entire aspect of this," said Patton. "My life changed right in front of me. Do you know what I mean? Getting verified on social media on Twitter that day. I don't know it was just the whole experience of feeling like my life was heading in a different direction."

"Now it's just been like everything that I once dreamed of as a kid. I'd be sitting on the back of the bus headphones, listening to Jeezy and different artists, picturing myself performing. And basically, I'm doing that now," said Patton.

Patton recently wrapped up the first leg of his “Sorry, I’m Late Tour," but continues to add shows around Atlanta and Athens. He keeps fans posted through his social media pages.

"Anybody out there that has a passion, maybe they're already following a path, maybe their parents or somebody has influenced him to do a certain type of career. I just want to say that bet on yourself and follow your heart because your intentions and your hard work will take you wherever you want to go," said Patton.