Ryan Bodge served in the Air Force for 27 years. He suffered a traumatic brain injury. His search for things to occupy himself outside military led him to his dog. 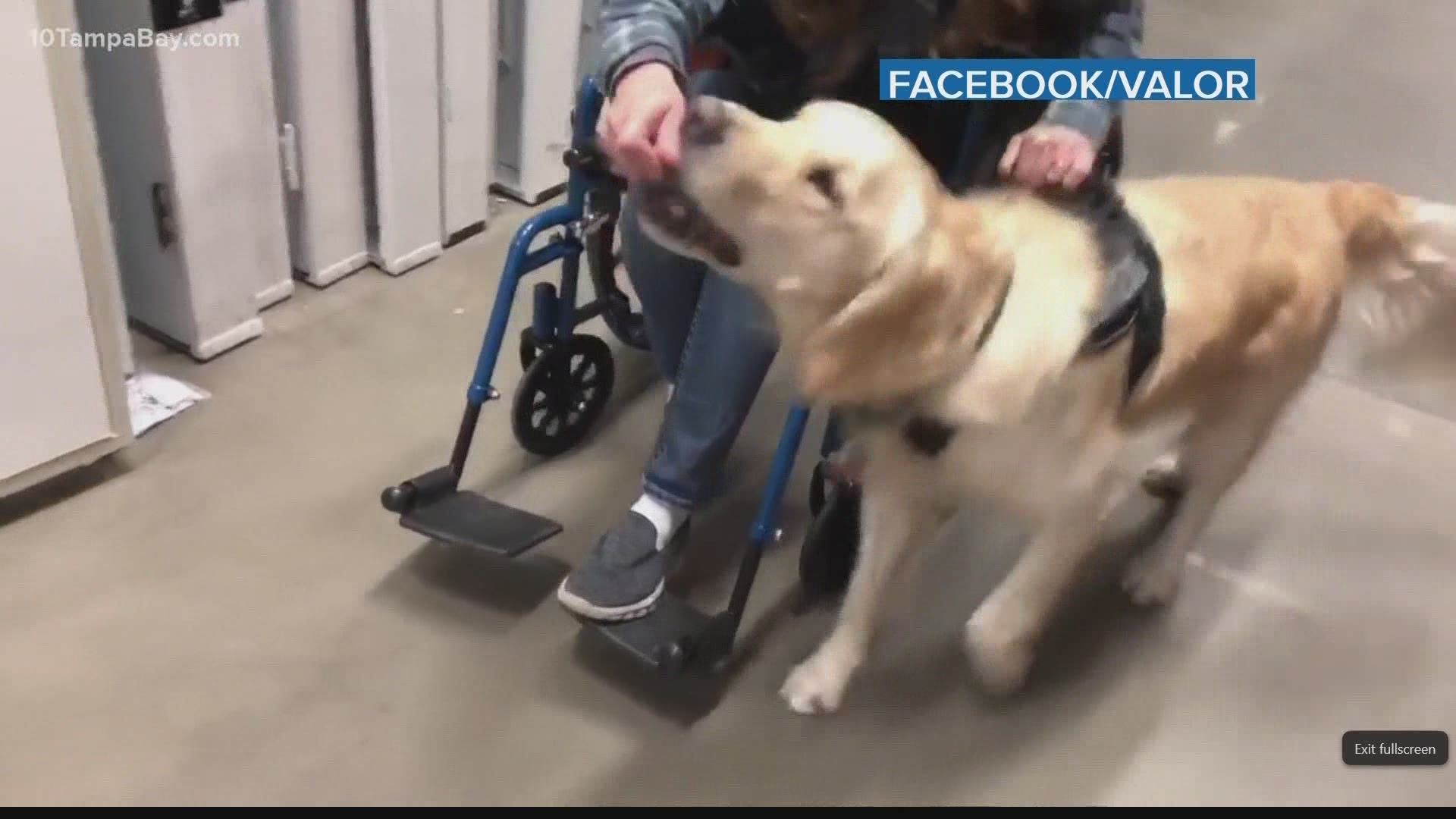 TAMPA, Fla. — Ryan Bodge spent 27 years in the military and was deployed to the middle east eight times. He served our nation proudly.

“No regrets,” he said from his home in Valdosta, Georgia.

An amazing statement considering the veteran suffered a traumatic brain injury after a 2006 rocket blast in Iraq. After consulting with medical professionals, his therapist recommended he start volunteering to get his mind on something constructive.

“I still had the mentality that I could continue to get back in the fight, that this was just temporary and that I was good," Bodge said. "One of my providers said, ‘hey, you need to think about maybe volunteering somewhere to kind of get yourself kind of rewired to where everything is not military.’”

He ended up at Tampa-based non-profit, Valor Service Dogs. The Air Force veteran originally went to observe training sessions. He eventually applied for his own dog and received Bradley in 2019.

Bradley is a 5-year-old golden retriever who rarely leaves Bodge’s side. He’s trained to aid in daily tasks and calm his owner down during bouts with PTSD. Often you’ll find the pair napping together.

Bodge says his dog has become more than a companion.

“I received an amazing result of Valor, which is Bradley,” he says, “but I get to be in it every day now and my next chapter in life.”

The CBS show "Lucky Dog" reached out to Valor Service Dogs asking to highlight the outreach. The founder, Carol Lansford knew Bodge would be the perfect spokesman. The bond he’s developed with Bradley perfectly highlights the purpose of Valor.

Bodge now serves Valor Service Dogs as the Program Coordinator of the south Georgia region. The Georgian drove down to Tampa in early March to shoot an episode of "Lucky Dog" with hosts Eric and Rashi. That episode will air in April.

Valor Service Dogs has placed dogs with 15 veterans or first responders since 2016. Each dog is meticulously matched to its owner.