Wounded Vietnam veteran remembers when he could not vote

Richard Hunt served in the United States Marine Corps from 1967 to 1971. He was not old enough to vote after returning home from battle in Vietnam. 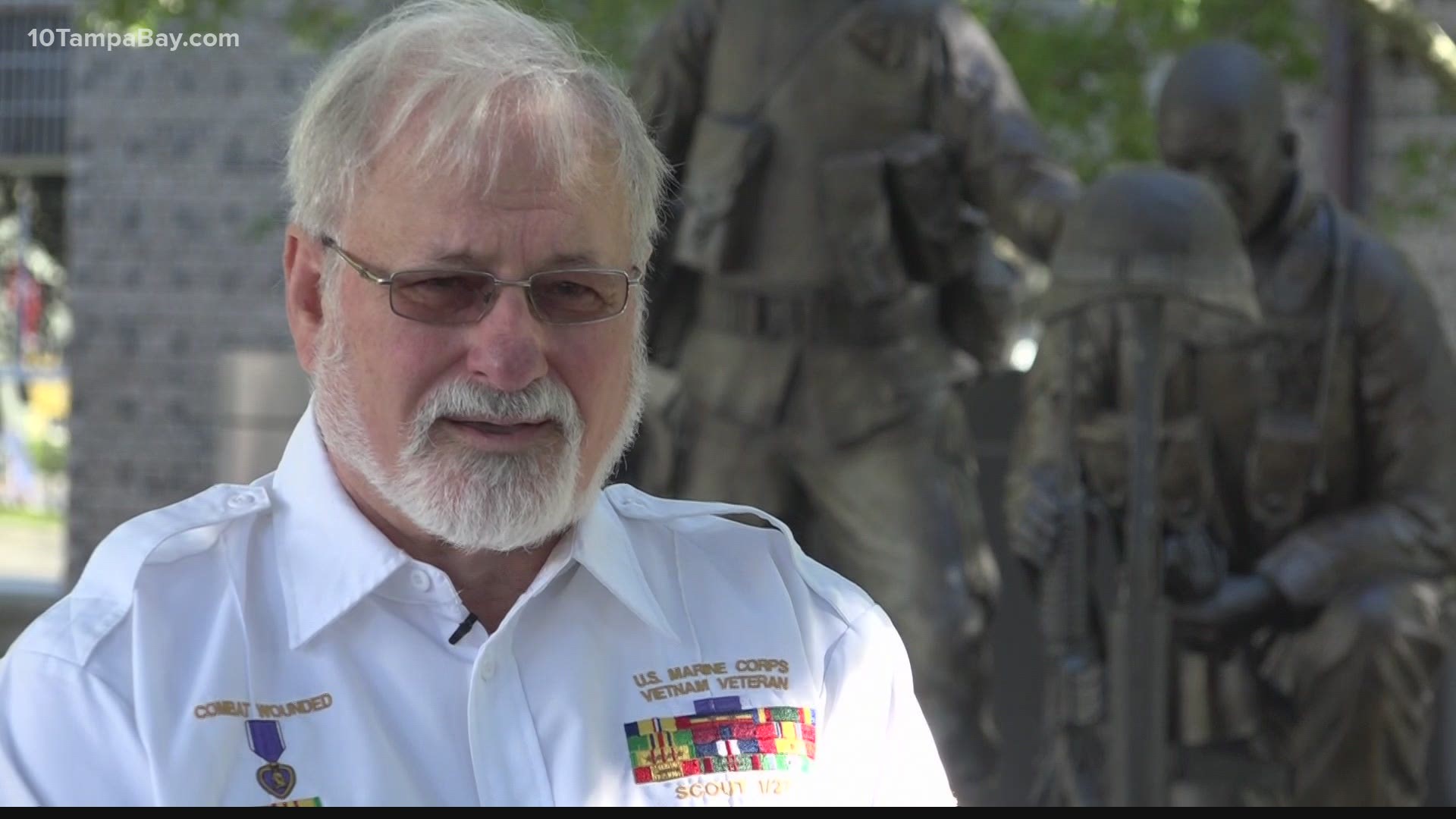 INVERNESS, Fla. — At 17 years old, Richard Hunt had made up his mind. Years of listening to his grandfather’s stories from Pearl Harbor in WWII and hours of reading history books cemented his desire to join the U.S. military.

“I was in the United States Marine Corp from 1967 to 1971,” said Hunt. “My highest rank held was sergeant. I was a battalion scout with first battalion 27th Marine.”

Both parents signed off on his joining the Marines. By the time he turned 18, he was on the battlefield in Vietnam.

“I was in battle and I got wounded. These things happen. Anybody there could have been. Sometimes you do and sometimes you don’t,” he said.

He lost many fellow soldiers during his time of service. Two weeks ago, he attended a funeral in Houston for one of the members of his four-man team.

“The pain is something I really wouldn’t want to wish on anybody,” he said. “Even through it’s been way over 50 years since we served together, it’s just like today.”

Many of the young men who served alongside Hunt were similar ages. They, like him, returned from service without a voice in national decision making.

The Vietnam veteran was denied the chance to vote after returning home from war. He was not yet 21. The voting age was lowered to 18 in 1971. He was disappointed that, even as a combat-wounded veteran, he had “no say” in choosing the people who ran his nation.

“A heavy percentage of my combat unit did not have the ability to express their opinion at the ballet box,” said Hunt, now in his 70s.

The right to vote was reduced from age 21 to age 18 after the passing of the 26th Amendment by Congress on March 23, 1971. That was ratified on July 1, 1971 and changed a portion of the 14th Amendment. It was a welcomed change for Hunt. He was thrilled to vote for the first time in 1971.

“I have missed three small local elections. I have never missed a presidential election. Never. Since I was old enough to vote. That’s very personal to me.”

It’s a duty he takes seriously.

“Many, many places do not have the freedoms that we have here,” said Hunt. “The majority of the citizens in this country really have no clue what it is we have. They just don’t get it.”

Hunt recalls a time, at age 19, when he took his .22 rifle out to shoot targets and ran out of ammunition. He walked to a nearby store and asked to buy another box of shells. The man behind the counter at the country store told him he was not old enough to make the purchase. It bothered him, having already fired “way over 10,000 rounds” in combat for his country.

He’s thankful to be able to participate in the electoral process and encourages all Americans to let their voice be heard on Election Day.

RELATED: Dancer leans on performing through loss of fiancé, cancer, and COVID