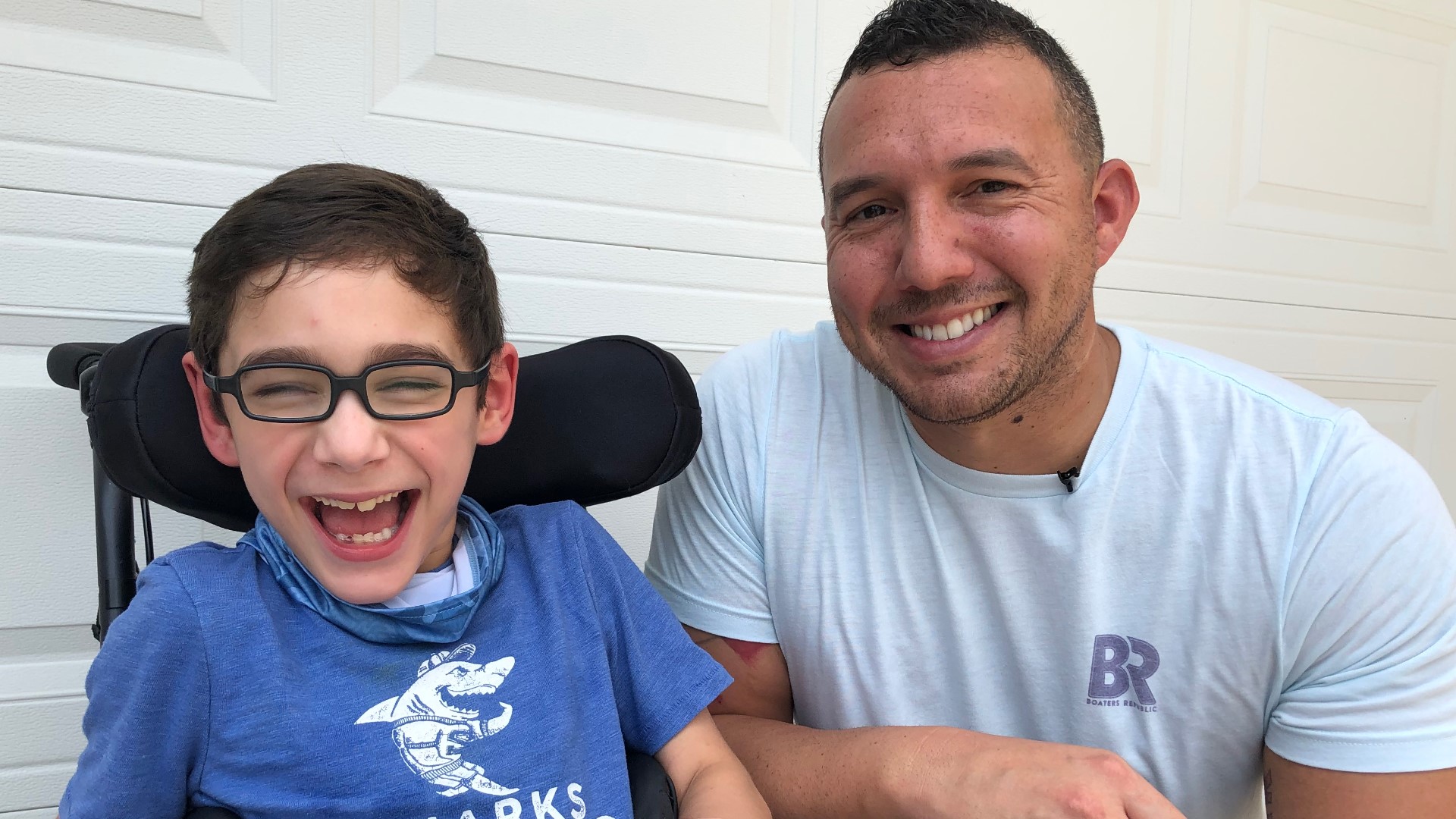 “When he said he wanted to do his own show I, I, yeah, I was definitely shocked,” said Garza, an active duty member of the United States Coast Guard.

Jake, 7, has never been much of a talker. Born with cerebral palsy, the second-grader rarely spoke at all before kindergarten. In 2018, he stunned his teachers, classmates and America with his unexpected reciting of the Pledge of Allegiance at school. That moment brought his father to tears.

“I was just so proud,” Eric said then.

Now, Jake’s progression to the point of wanting to start a YouTube channel brings Garza back to tears.

Garza had never made videos before but is enjoying bonding with his son. Jake’s Toy Review was launched last month. He has 75 subscribers. He’s even received fan mail.

“We just got more from his great-grandmother,” Garza said with a laugh.

That $20 from grandma will help Jake keep reviewing toys. So far, he’s done four toy reviews. The smile on his face during the short videos are the highlight.

“It’s bad!” he said with emphasis after Eric asked him to rate a car that wouldn’t run well on the track.

His giggle and enthusiasm look very similar to the joy he showed during his kindergarten Pledge of Allegiance.

Even then, not even his father would have guessed this version of Jake would be doing so well.

“I had my doubts,” said Garza, who adds he’s having just as much fun making videos as his son. “Whatever he wants to do that’s what we do. Sometimes the trick is to get him to stop talking.”

Jake plans to give away a toy after his 12th video.