Lydia, Holly and Etta each gave eight inches of hair to go to a nonprofit making wigs for kids losing their hair. 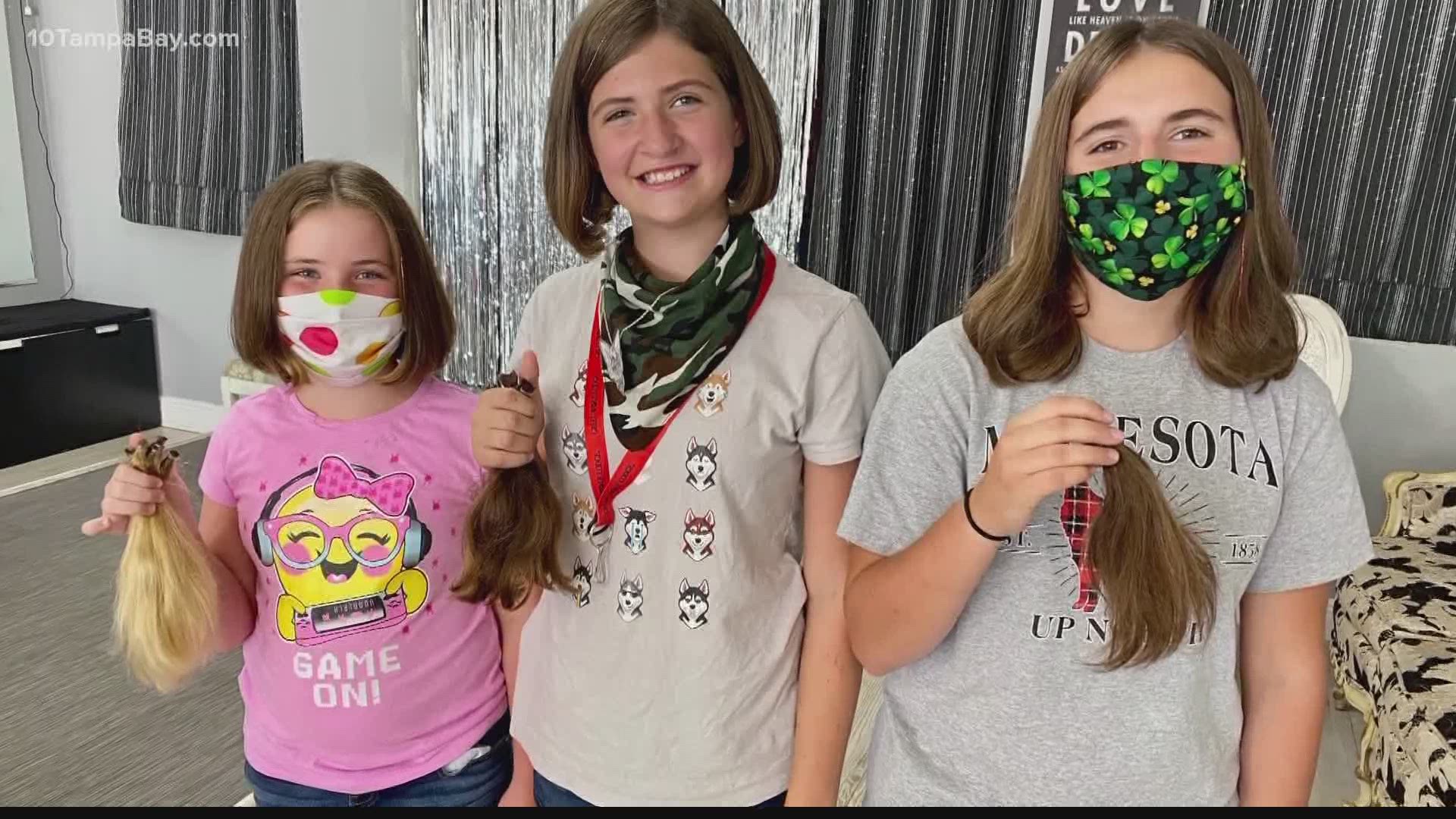 CLEARWATER, Fla. — Wendy Long hoped she would see a good turnout for her annual hair donation drive. She was cheerfully surprised after just a few days.

“We had 30 donations in four days,” said the owner of LaDee-Da Kids Spa in Clearwater.

The spa, which opened five years ago, has been asking young clients for hair donations during a month-long hair drive in each of the last four summers. The response has been incredible. More than 400 kids have given donations of at least eight inches. That hair will go to making hair replacements for children losing their natural hair due to treatments for cancer.

“Better it go to somebody than nobody,” said Holly Maeyaert, 12, who donated her hair on Saturday. “It felt more special.”

Holly is one of three sisters who all gave at LaDee-Da last Saturday.

Lydia, 15, and Etta, 9, also donated. Between the siblings, the trio gave over two feet of hair. The siblings have a grandmother who has dealt with cancer.

“I realize the significance of it,” said Lydia, who had donated one time previously. “It feels really good to have the three of us do it because that’s three people who can have hair.”

The drive will fill a huge need across the nation for the nonprofit, Children With Hair Loss. Since 2000, the outreach has helped thousands of kids get hair replacements. In 2019, it distributed 608 wigs across the nation, including 22 in Florida. Since 2000, CWHL has given away over 5,000.

“I wish we would have started it way back,” Long said back in July, when first promoting her hair drive. “To learn the giving back is a great thing.”

The drive will continue through the end of the month. LaDee-Da is located at 2250 SR-580 West in Clearwater.

Long hopes the example set by Lydia and her siblings will spur others to make a similar donation.

“I really wanted to donate my hair,” said Etta proudly.