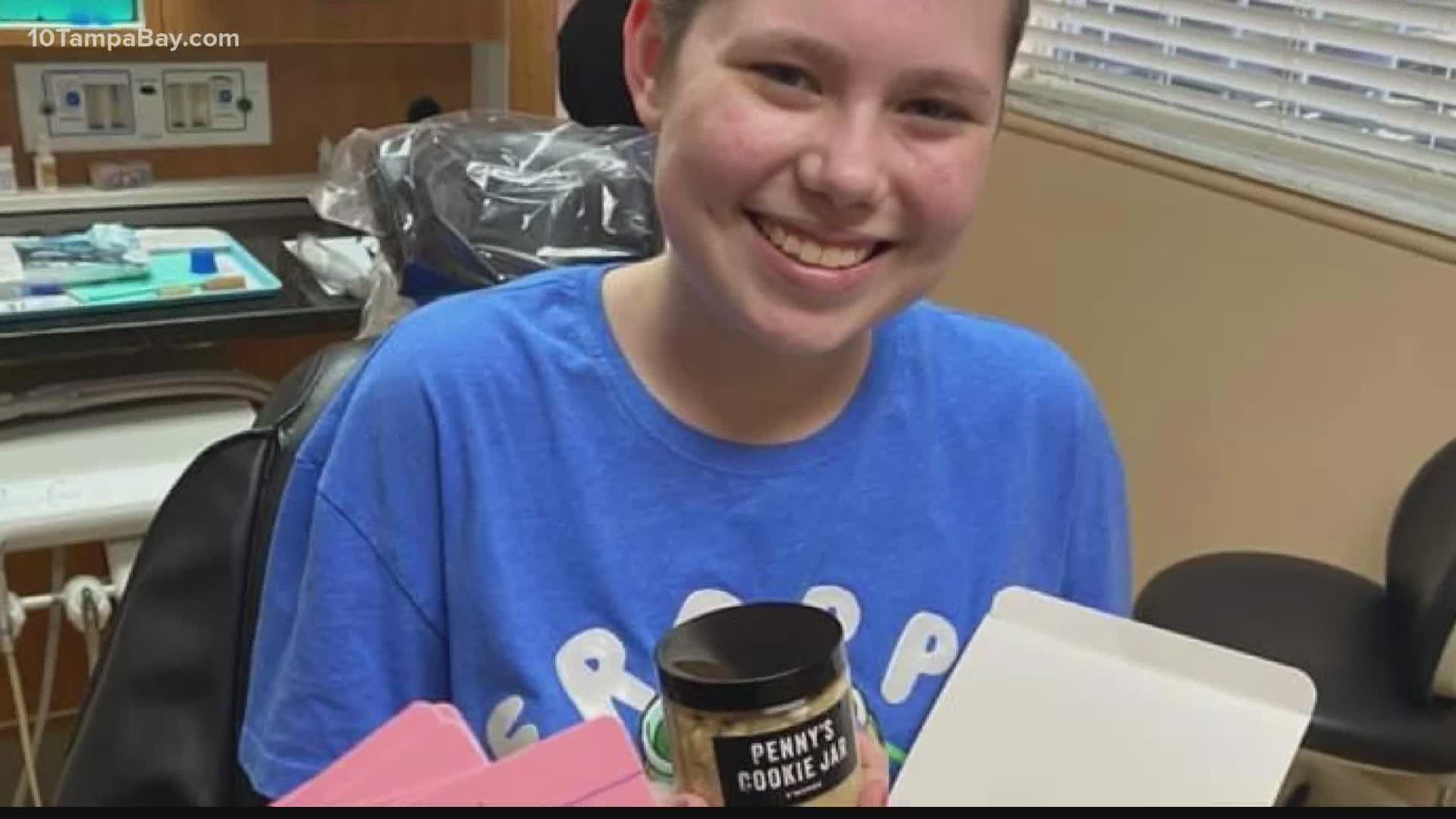 TAMPA, Fla. — One taste of a local teen’s cookie dough is all it took for Hannah Mendheim to conclude she’d found the perfect gift for her bridal part.

"I love what she’s doing. I think it’s such a good idea," said the bride-to-be.

Mendheim’s younger sister brought samples of Penny Banks’ cookie dough jars to a family function. A few bites later, she was hooked. She had to find out more about the cookie creator.

RELATED: Back To Bright mural unveiled days before Valspar Championship

"I was like, ‘This is so good.' I ordered some, and she came out with more and I ordered more,” said Mendheim who will be getting married on September 25.

"Once they tried it, they just couldn’t stop," said the teen.

Baking has always been a hobby of hers. She began dabbling in the kitchen with her grandmother, making cupcakes and banana bread.

Baking became an outlet after getting scary news last spring.

"It was two days before my birthday,” she said, recalling her cancer diagnosis on May 8, 2020. "It was very hard, definitely. At first, I was in a lot of pain and it was really scary."

After months of treatments, things are getting back to "normal", she says. Baking has been a welcomed distraction from chemotherapy and doctor visits.

She started Penny’s Cookie Jar at the start of 2021 and has been busy ever since.

"This is crazy. I thought at first it was just going to be a small thing we were going to do but it’s already so big," said Banks.

"It’s still pretty new for us," she said. "People really like it and we’re trying to promote it wherever we can."

Orders are made online and on the teen’s Facebook page. She’s shipped jars as far away as California and Washington.

RELATED: Book lovers give away 100,000 books during COVID pandemic in Pinellas County

Banks was proclaimed cancer-free on February 25. Her hair is starting to grow back. Her newfound cookie desires have put her on the path towards a career in the kitchen.

"When I get older, I want to open my own bakery so I think this will be a nice start," said Banks with a smile.

"I for sure think that she can do it."
What other people are reading right now: