'Chadwick Boseman was an inspiration for a whole generation. We are excited to have some of that reflected here at Trilith.' 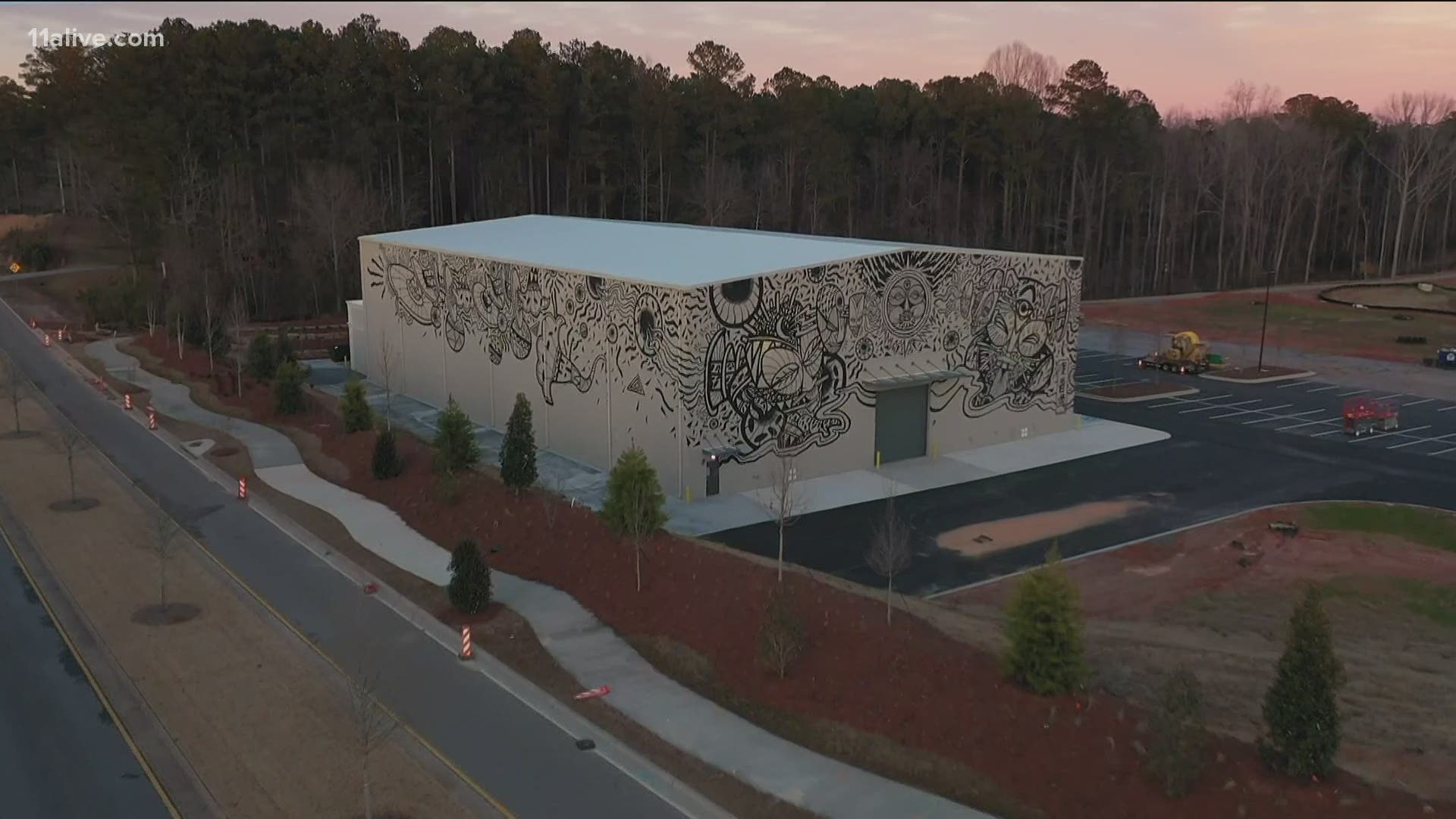 FAYETTEVILLE, Ga. — A mural inspired by "Black Panther," North America's top-grossing superhero film of all time, lives on the side of a soundstage at the same studio where some of the movie was filmed.

At Trilith, creativity is a cornerstone of community. Trilith a growing neighborhood across the street from Trilith Studios, was formerly known as Pinewood Studios in Fayetteville. The studio is well-known for its work on Marvel Studios' movies.

The Town of Trilith is a quickly growing community where art is integrated in the architecture, outdoor features, and it comes alive on buildings. Rob Parker is the president and CEO.

“We took the white space on the side of one of our buildings and decided to make it a canvas,” Parker said. "We are really excited with the artist that was able to do that for us.”

The artist, Brandon Sadler, tackled the enormous project as a one-man team.

Over seven days, he used 250 cans of paints to bring 118,000 square feet of space to life. He spent hours on a cherry picker, high in the air, crafting the original and intricate mural.

“We believe it is the largest mural in Georgia.” Parker said.

It was inspired by the film "Black Panther". Sadler is the artist who did the artwork for the motion picture, which was, in part, shot on location at Trilith in Fayetteville.

“The pattern work is inspired by Nigerian fabric and African masks.” Sadler said. “I was able to put those together to make the imagery for 'Black Panther,' and I did the same thing for this.”

Sadler hopes it is an experience for anyone who sees it.

“It kind of envelopes you and you forget that there is a building there,” he said.

Parker said it is a significant piece of art and more meaningful because of the movie and message behind it.

“It was a really important film for us,” Parker said. “Especially at a time when we are working so hard as a nation to come together. To be part of the Georgia history with that and be able to document some of that and capture it on the side of a soundstage is really important to us.”

A building now wrapped in a tribute to "Black Panther" and to the film's star, the late Chadwick Boseman who died last August of colon cancer.

“Chadwick Boseman was an inspiration for a whole generation.” Parker said. “We are excited to have some of that reflected here at Trilith.”

It's artwork to inspire a community of creativity.