Shaq revealed how he earned a doctoral degree in education and offered comforting advice to students about how to navigate through challenging times at school. 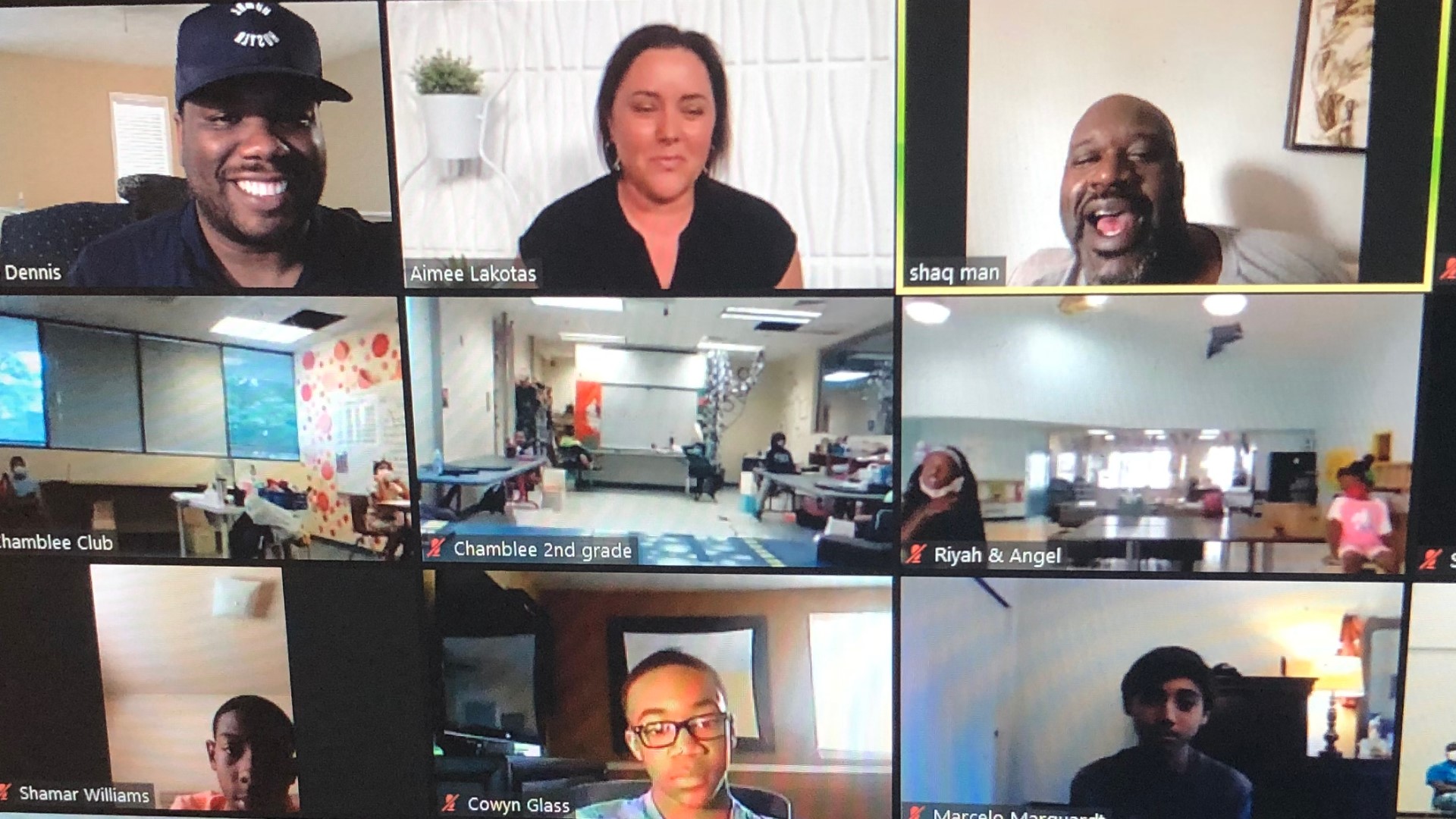 ATLANTA — Students from around the country got the surprise of a lifetime when NBA icon Shaquille O’Neal appeared during a virtual meeting with The Boys & Girls Clubs of America.

During the call, Shaq revealed how he earned a doctoral degree in education and offered comforting advice to students about how  to navigate through challenging times at school.

“I just want to say hello to you guys. I’m proud of  you guys. I know we’re going through a tough time with virtual school. But anytime you have something difficult, your strategy should be how to make it easier for yourself. So, think about it you don’t have to get on the bus anymore. You don’t have to walk anywhere. All you have to do is wake up, turn on your computer, and learn,” O’Neal said.

The Papa John’s franchise owner also revealed that math was his favorite subject in school.

The surprises kept coming. J.C. Penney surprised each student with gift cards for their back to school needs.

O’Neal also opened the floor for the students to ask any question that they wanted. Some of students asked about Shaq’s height and about working with Kobe Bryant.

In September 2016, O’Neal was inducted into the Naismith Memorial Basketball Hall of Fame.

The talented ball player is known for more than his skills on the court. Shaq has given back to communities in Georgia with his random acts of kindness.

Back in March, a group of Georgia first graders and their parents got quite the surprise when the icon dropped in during a home school learning session.

The gentle giant appeared on screen while students at East Lake Elementary in Henry County were doing schoolwork in an online video class.