The Legendary artist kicks off his final tour in May 2022. 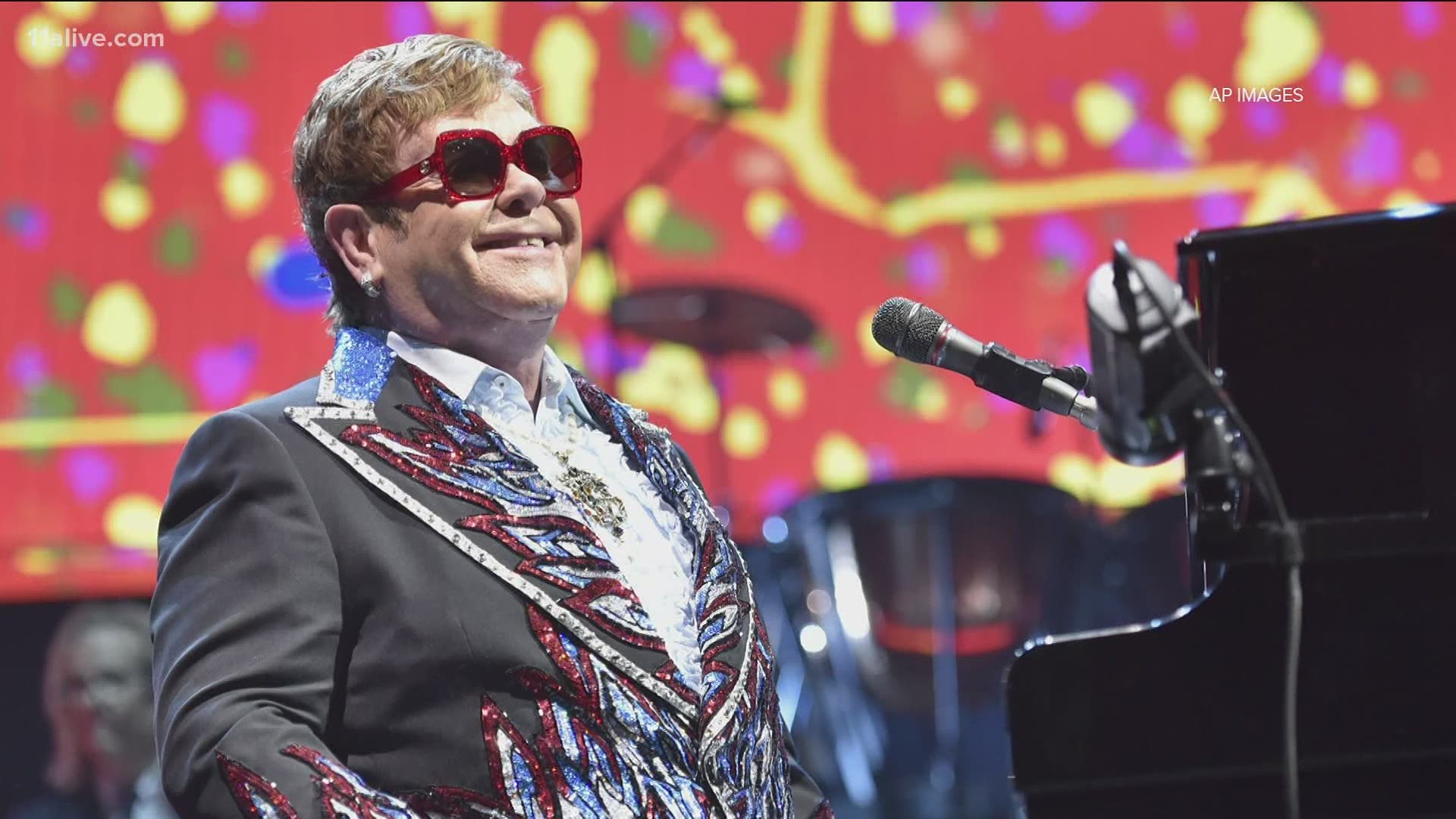 ATLANTA — Legendary singer-songwriter Elton John is making his way to the Peach State next year.

The tour kicks off in May 2022 in Frankfurt. Then it makes stops in cities across Europe and the United States, including Atlanta.

Announcing the final dates of his tour on social media, Elton John wrote:

“Hello, all you wonderful fans out there. I’m coming to you today with an announcement I’ve been working towards for, well, all my life: the shows that I announce today will be my final tour dates ever in North America and Europe. I’m going to go out in the biggest possible way, performing at my very best, with the most spectacular production I’ve ever had, playing in places that have meant so much to me throughout my career. Whether it’s next summer in Frankfurt or at the legendary Dodger Stadium for the grand finale in the United States, I can’t wait to see you all on the road one last time. This has been an incredible tour so far, full of the most amazing highs, and I look forward to making more wonderful memories with you at these final shows. To all my friends down under, We’ll be seeing you too. Thank you and I look forward to seeing you in your town.”

More details on the previously announced arenas dates on sale now are available on www.EltonJohn.com/Tours.