He's one of 10 high school theater students in the area nominated for Best Actor for his role as the Tin Man in The Wiz. 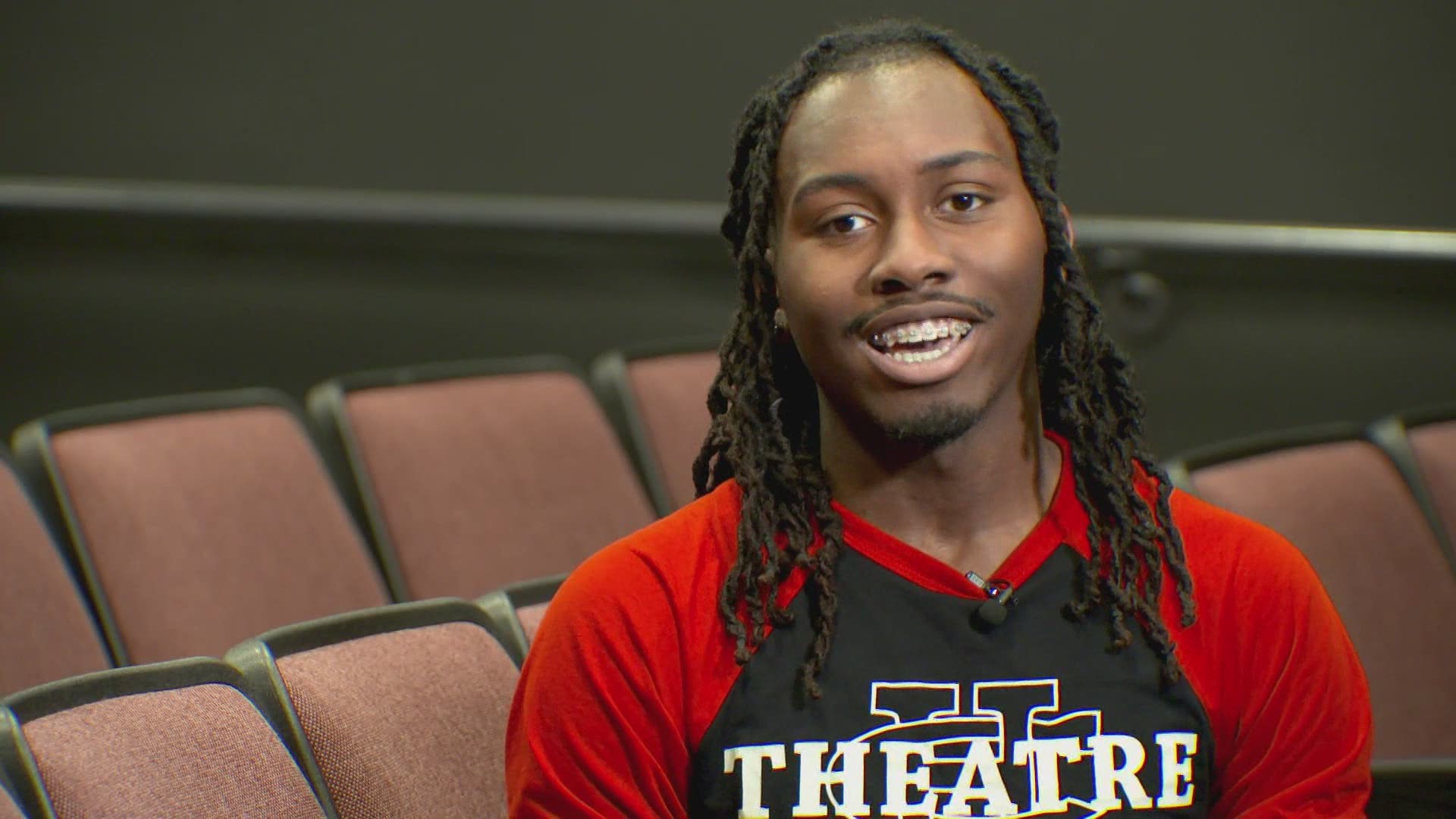 CEDAR HILL, Texas — Cedar Hill High School is stilled with the almost-palpable excitement of summer break. It's the last Friday afternoon of the school year.

But Jacobie Thornton, a senior, isn't clearing out his locker or passing his yearbook around. He's following steps and taking direction from the school's drill team instructor on a practice stage in the Performing Arts Center.

After running through the choreography, he takes a swig of water and a deep breath. Bethany Kennedy, the theater director at Cedar Hill High, presses play on the song. He starts to sing "Run and Tell That" from Hairspray.

On Monday, Thornton will perform the song, along with another and the choreography he was practicing for the Dallas Summer Musical High School Theater Awards. He's one of 10 high school theater students in the area nominated for Best Actor for his role as the Tin Man in The Wiz.

Cedar Hill was nominated for five this year, the most ever. Thornton is the school's first student to be nominated for Best Actor.

“My whole life has just been performance, performing, entertaining, all of that," Thornton said. "I actually started in sports."

Thornton played football. In ninth grade, he took an honors theater class. He remembers how he felt during his first performance at Cedar Hill.

So, he did. He played football and performed into his sophomore year.

"One day, I was at rehearsal with full pads on and a jersey because I had a game right after rehearsal, and I was like I got to figure something out," Thornton said.

Thornton, who admits he was a good football player, chose theater.

"The fact that I always loved performance rather than looking at stuff as a competition," Thornton said. “With football, it’s always someone has to win, someone has to lose. With theater, it’s not really that feeling. Of course, there are competitions, but it’s not really that thing. It’s more of a, we have fun together and we are a family. It’s a great feeling. It’s just a great, chill vibe with everybody.”

While, he doesn't see at as a competition, he is definitely winning.

Along with being one performance from possibly winning the DSM Best Actor Award, he's been offered more than $700,000 in scholarships.

He chose Milliken University in Decatur, Illinois. He will pursue a B.F.A in Acting. He doesn't know whether he will pursue a career on stage or on-screen, but he calls Chadwick Boseman his idol and said he wants to tell stories that move people, like the late actor.

"As long as I can tell a story that most of the people in the world don't know about," Thornton said. "No matter what the story is, fictional or non-fictional, there’s always a lesson to take away from that story.”

And perhaps the biggest lesson he's learned from his own story is to chase his passions and make the most of his opportunities.

For example, the DSM Awards are next Friday. The same night as his graduation.

“I had to talk to my mom about it," Thornton said. "She’s been supporting me all up through this way. When I told her this, it was kind of hard for her to grasp that she won’t get to see me cross the stage at graduation. She also had a great understanding of how great of an opportunity this is.”