The still grieving mom with the nursing background could have chosen any specialty in the hospital, but she chose the NICU. 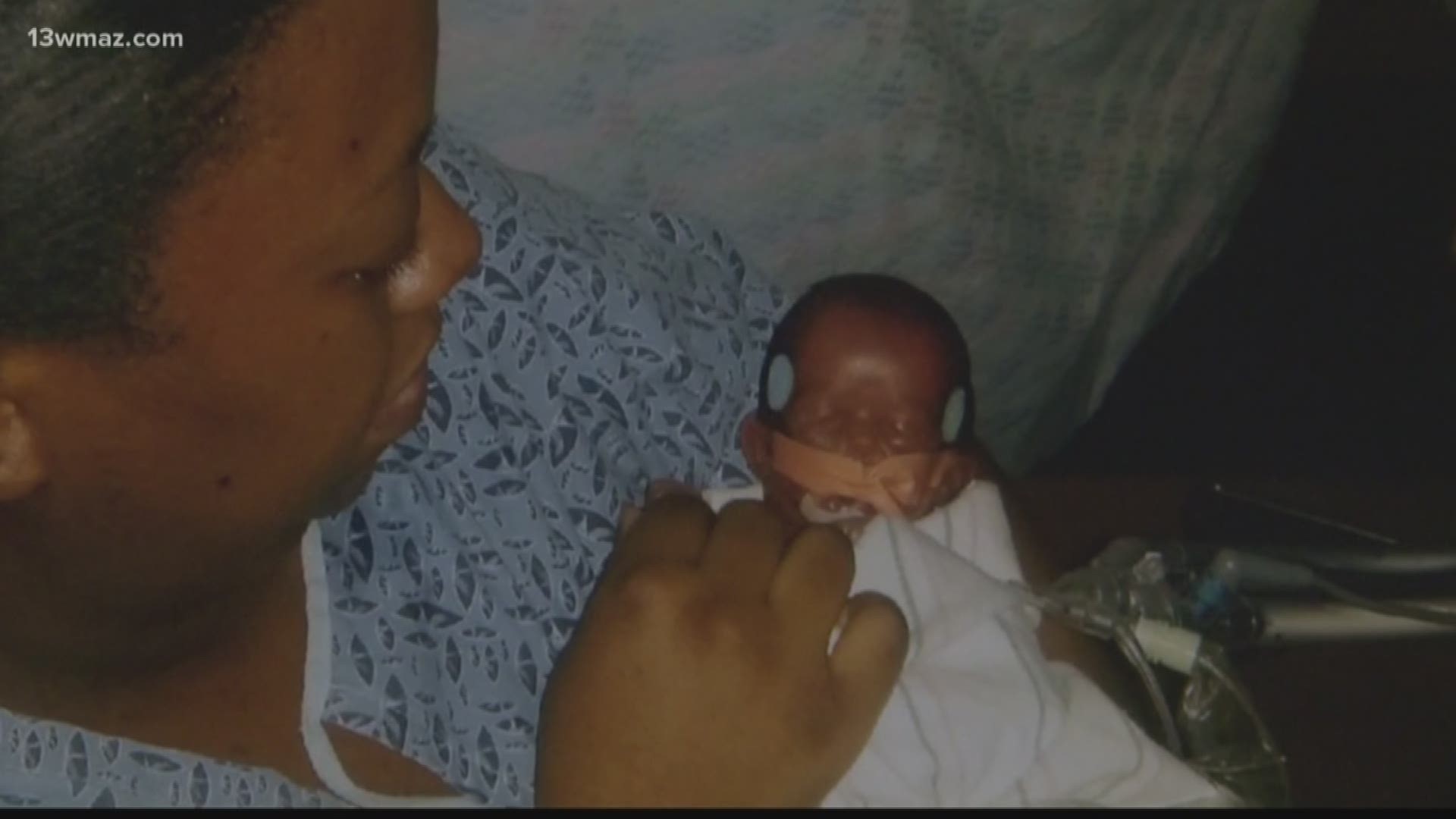 MACON, Ga. — The neo-natal intensive care unit is where the tiniest patients fight to survive and every staff member is special.

But one woman who is going through orientation can really relate to parents whether they're celebrating every ounce of growth, or grieving over a death.

RELATED: Who is Beverly Knight Olson and why is the children's hospital named after her?

Every time Tenisha Moore feeds a baby or changes a child's tubing, she brings a unique and emotional perspective.

They were tiny and spent the first days inside the neo-natal intensive care unit.

"We knew the first three days of life were critical," she said.

Legend weighed more, but a brain bleed on both sides of his head stacked the odds against him.

"Unfortunately we had to make the decision to take him off the ventilator," she said.

It was an unthinkable decision for any parent.

"There should be two of them," she said with tears in her eyes.

Hope had problems, serious ones, but she held on and grew and life went on.

Tenisha couldn't get out of her head how caring the staff in the NICU had been to her family.

"They were very involved and treated my babies like their very own and that meant so much to me that I went back to school," Tenisha said.

The still grieving mom with the nursing background could have chosen any specialty in the hospital, but she chose the NICU.

"I was a little bit worried about how I would do with that and looking at those old bed spaces my baby was in," she said.

There will be new bed spaces in a brand new NICU at the Beverly Knight Olsen Children's Hospital.

RELATED: 'Never give up:' Central Ga. boy on his cancer, seeing the new children's hospital

"But that new hospital...it is beautiful, it's bright, there are colors everywhere and I'm just excited for the experience the families will have because of all the amenities they're going to be provided," she said. "That means a lot to me to see these babies thrive."

Now the past empowers her to help others.

"I'm just very happy to be part of this transition, like I said, it feels like home," Tenisha said.