‘How do we live without them?’ | Mercer professor writes play to honor his wife’s memory 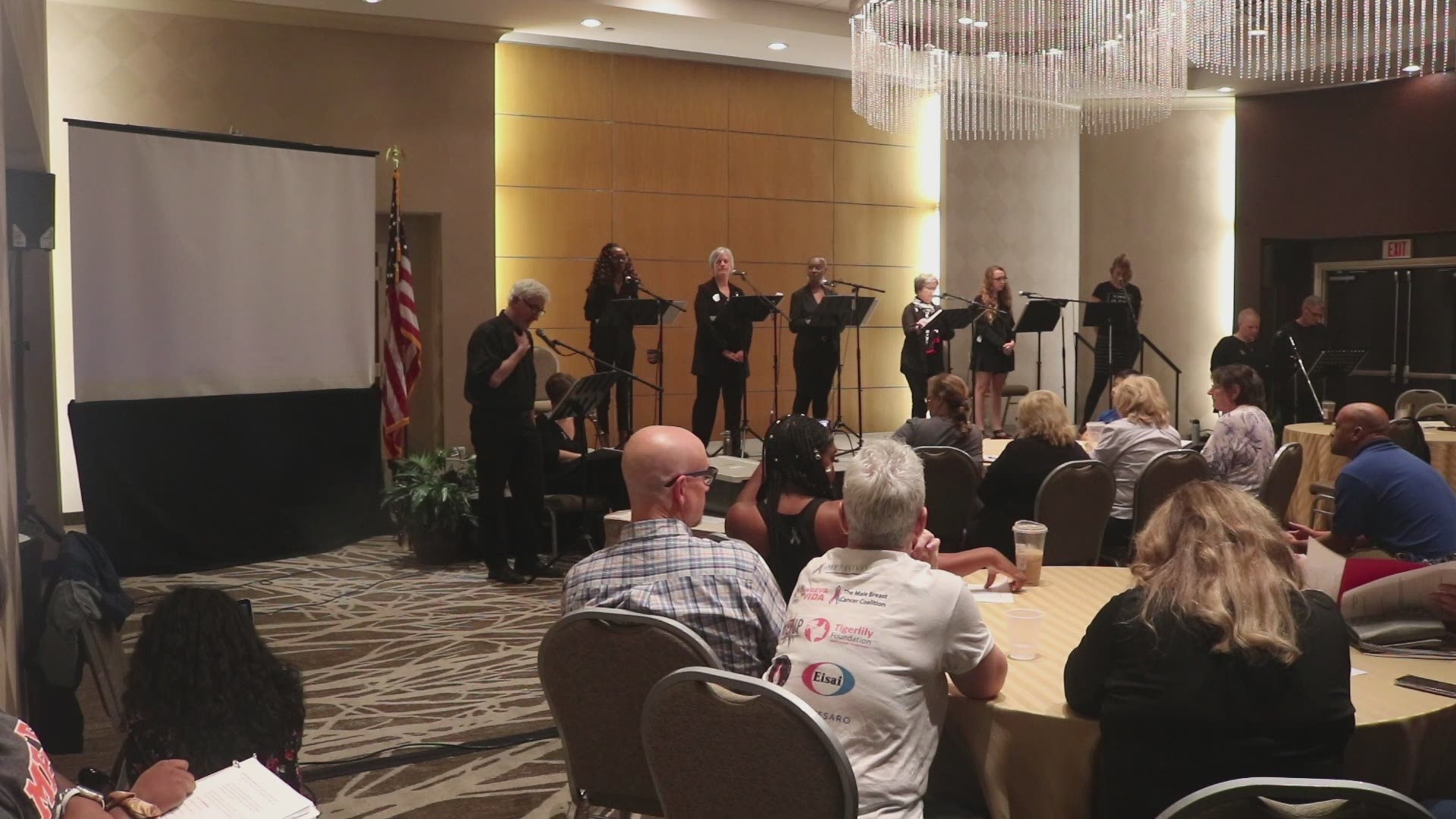 MACON, Ga. — This story has been contributed by Marianna Bacallao, a practicum student at Mercer University's Center for Collaborative Journalism.

At the capital, Silver debuted “IV,” a two-act documentary play that depicts the struggle of people diagnosed with stage four, or metastatic, breast cancer. Almost all the actors in his cast had a metastatic diagnosis.

The play draws from the lived experiences of people diagnosed with metastatic breast cancer through their transcribed testimonies, their social media posts, and the memory of their family and friends.

In the first act, the play asks the audience to name the people they know who have died from metastatic breast cancer, and then it asks bigger questions: “How do we live without them? Why couldn’t science do better by them? Why isn’t there research that might have saved them?”

Silver said that years ago, he had discussed a similar project with his wife, Anya Silver, but he didn’t want to focus too much on her future.

Since she passed in the fall of 2018, Silver has worked on “IV” as a way of grieving.

“It’s difficult, you know. I feel her presence, of course, every day,” Silver said. “I walk around the house, I still talk to her.”

When Anya Silver was diagnosed in 2004, she was pregnant with their son, Noah.  Since then, Silver said that his life had one goal: to take care of her.

“She didn't need much caretaking,” Silver said. “But I was sort of driven by that. Each year's goal was to live to the next year. And so when she died - strange thing, that caretaking identity was gone.”

Silver said that his wife was sustained not only by the love of their family, but the love she found in the metastatic breast cancer community.

“I felt a real sense of gratitude to that community for being there in a way that I couldn't be there because I didn't have the illness inside of me,” he said.

To ensure that his play was true to the experience, Silver interviewed multiple people living with metastatic breast cancer.

“I had thought that Anya's sort of zest for life and her humor - you know, we laughed every day - I thought that was an outlier. I thought, oh, most people with stage four… cancer are going to be in pain and sad on a daily basis. And the fact is, is that most people are in pain or they have sources of sadness every day, but they're hilarious, full of life and full of energy as well,” Silver said. “I think I was expecting to find victims and what I found were human beings.”

After two performances of “IV,” Silver is currently reviewing feedback from the audience and editing his script for future performances.

“How do you get across… the urgent sense that we're living in an epidemic, that people are dying every single day?” Silver said. “How can I, in the last half of the second act, communicate the disaster that is metastatic breast cancer, but also communicate what I heard from every person that I talked to: the sense of life, the sense of love and laughter?”