The Charlotte teen got national attention for registering others to vote while waiting in line at Popeyes. 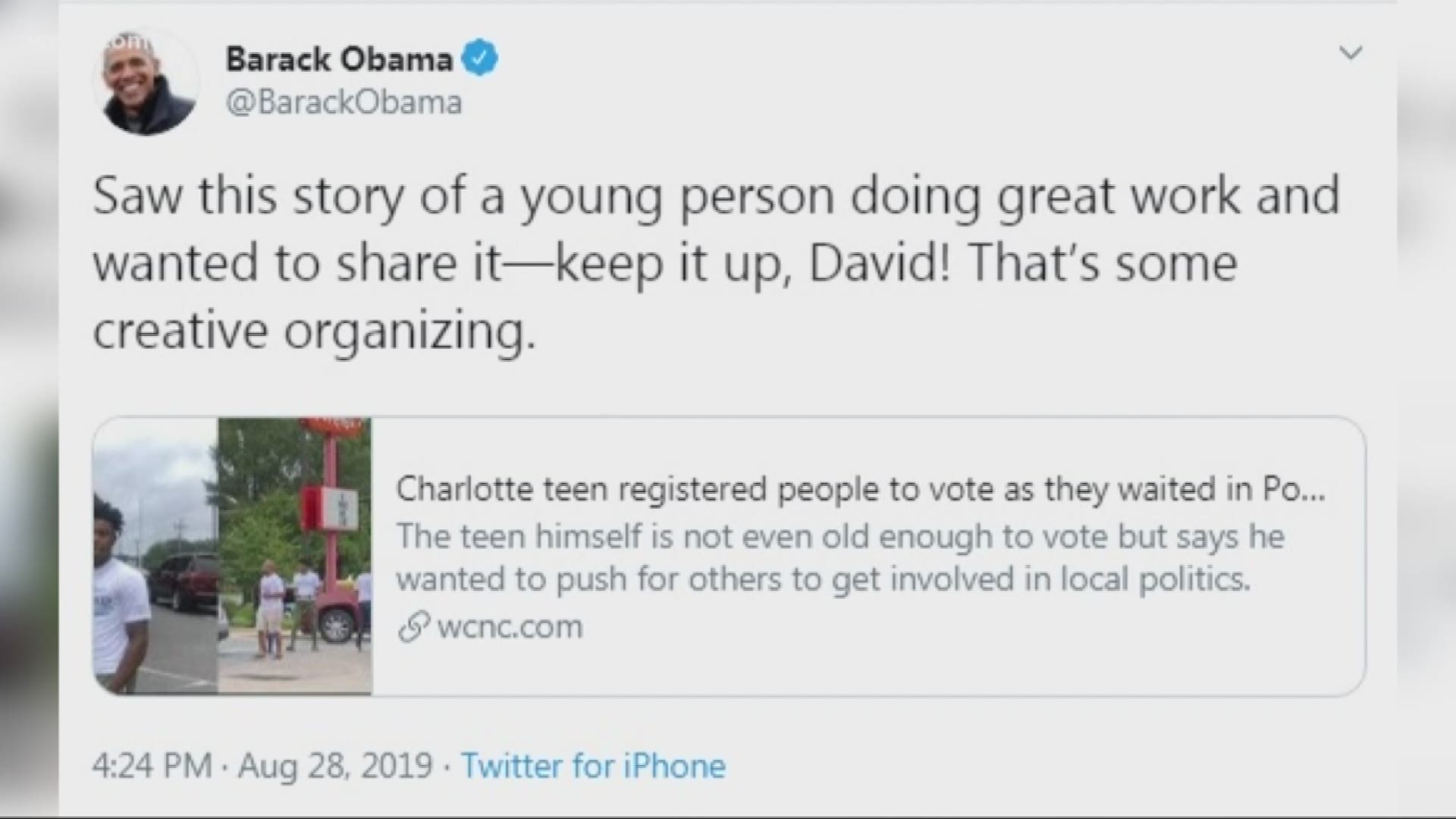 CHARLOTTE, N.C. — Former President Barack Obama has applauded a Charlotte teen for his efforts to raise political involvement in the Charlotte community.

Obama tweeted about 17-year-old David Ledbetter and shared an NBC Charlotte story on Wednesday afternoon. Ledbetter got national attention for registering people to vote as they waited in line at a Charlotte Popeyes.

"Saw this story of a young person doing great work and wanted to share it—keep it up, David! That’s some creative organizing," Obama said in the tweet.

The Myers Park senior isn't old enough to vote himself, but he told NBC Charlotte he wanted others to be able to get involved in local politics.

RELATED: Charlotte teen registered people to vote as they waited in Popeyes line

NBC Charlotte spoke with Ledbetter after Obama shared his story. Ledbetter said he didn't see it himself -- his girlfriend send it to him.

"I was going crazy, I was running around the house, what any other teenager would do when they see Obama [retweeted] their story," Ledbetter said.

He said a lot of people have reached out to them since Obama's tweet to congratulate him.

"It feels like a blessing, man, it's just amazing," Ledbetter said. "So many people are really into it. Initially, we had no idea that this was going to blow up like it did, we were just registering people to vote." 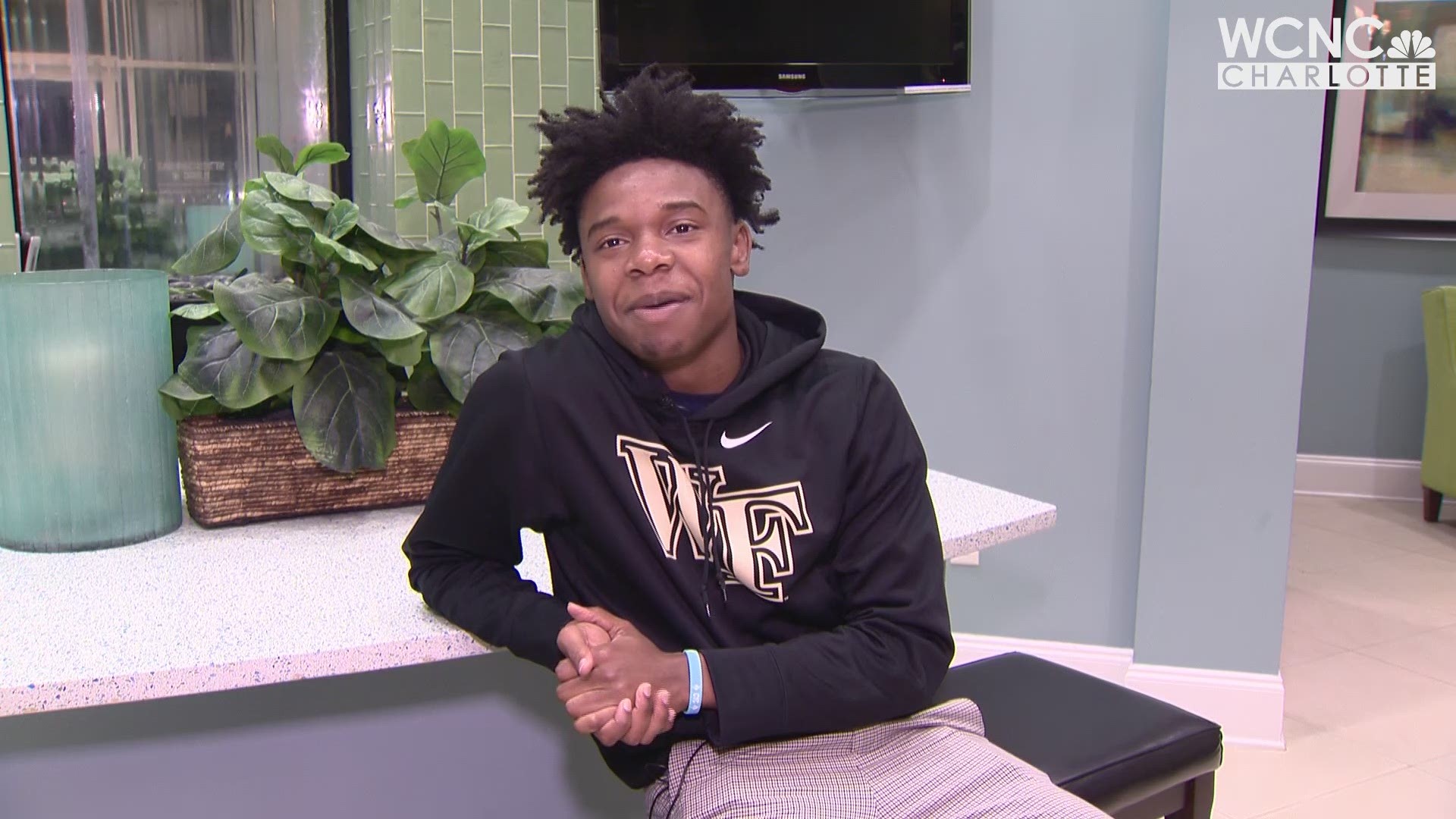 He describes this experience as 'mindblowing,' saying it's amazing to receive that much positive feedback on something he did.

When asked about what he wants to see in the upcoming elections, his answer was simple -- voters going out to the polls, especially young voters.

He was inspired by how he remembers people voting during Obama's election, so he was particularly happy that Obama noticed his actions.

"My biggest thing would be thank you, just for retweeting it and recognizing what I was doing," Ledbetter said. "It's Obama, what can I say? I'm lost for words."

Ledbetter said his intentions were simple: register people to vote. To see that make national headlines makes him feel like he's "really doing something."

It doesn't hurt, too, that a former U.S. President has acknowledged him with a tweet. He said he's screenshotted it, posted it to all his social media, and has no intention of deleting that picture.