In September 2013, Jonathan Ferrell knocked on a woman's door for help after wrecking his car in Charlotte. She mistook him for a robber, and called 911. 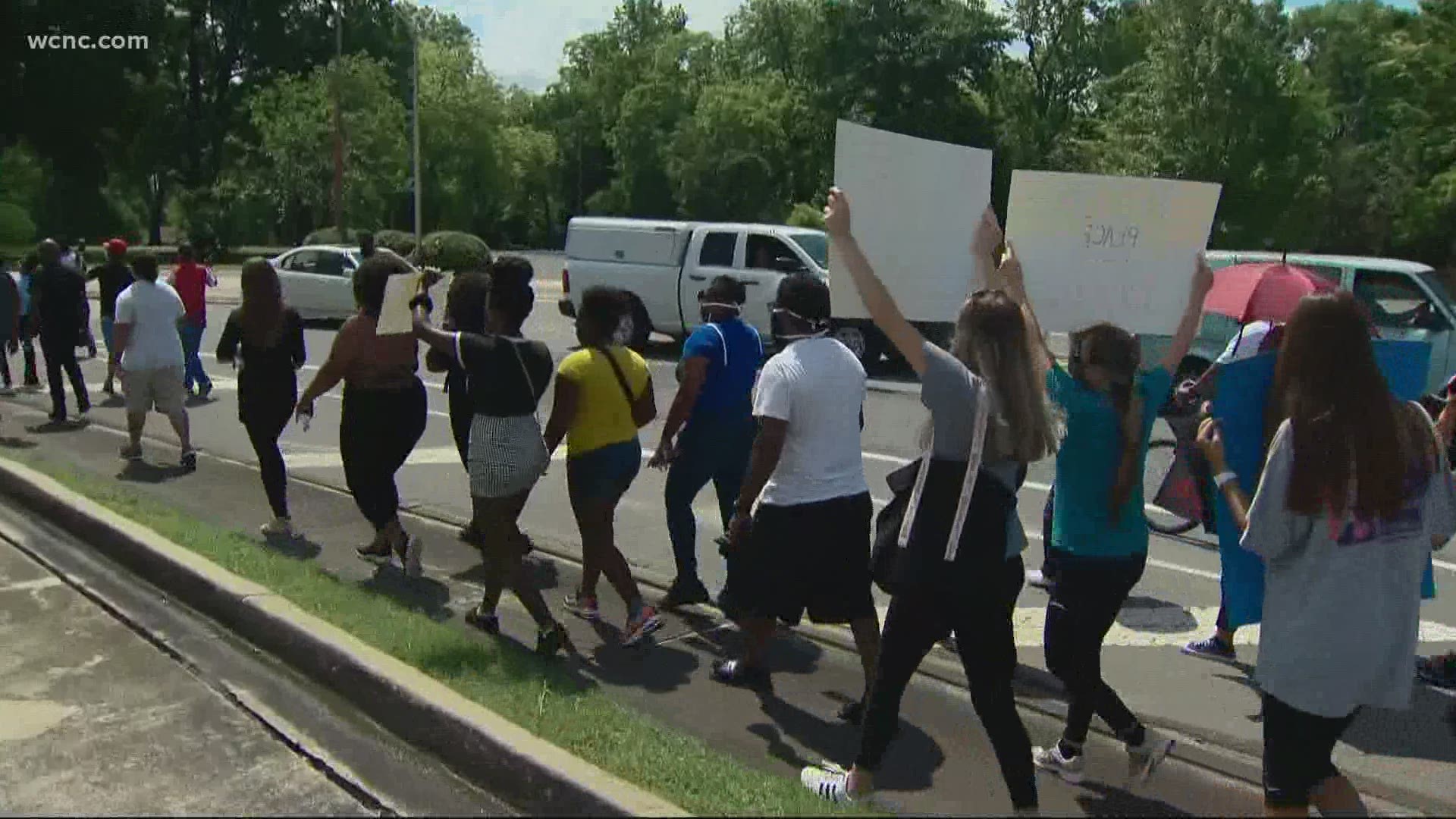 CHARLOTTE, N.C. — Charlotte is no stranger to controversial cases and questionable police conduct. Back in 2013, when officers shot and killed Jonathan Ferrell and there was a mistrial in the case, protests were sparked in Charlotte.

Willie and Jonathan Ferrell were just a year apart, and as close as brothers can be. The younger brother now struggles every time he sees other people on television who have lost loved ones at the hands of police officers.

“It brings back memories ... whenever I see the family members,” he said.

In September 2013, Jonathan Ferrell had wrecked his car in Charlotte around 2:30 a.m. one night. He went for help, knocking on a woman’s door. She mistook him for a robber and called 911.

When police arrived, they said Ferrell lunged at them. Police shot him 10 times, killing him.

A jury deadlocked, and the officer was set free — the city of Charlotte paid the Ferrell family more than $2 million, and people in Charlotte protested for days.

“I don’t think my family got the justice that we wanted," Willie Ferrell said.

He says officers rarely get convicted and are rarely held accountable — he believes that’s why we're seeing nationwide protests following the Minneapolis death of George Floyd.

“I know that police violence will never end because it been going on forever," Willie Ferrell said.

He’s glad others are now raising their voices.

“I think it’s so great, getting together, so many people are tired of seeing the same cases, seeing the same things," Willie Ferrell said. "It shows unity and that the country is moving in a great direction.”

RELATED: For The Culture: Why George Floyd’s death could evoke trauma in communities of colors

But he says real change needs to come from the protests.

He says one thing that needs to happen – there needs to be more African American members of law enforcement.

CMPD facing sharp criticism after clash with protesters in uptown

Movie theater chain AMC warns it may not survive the pandemic