Roy's is in Eastman on Main Street. 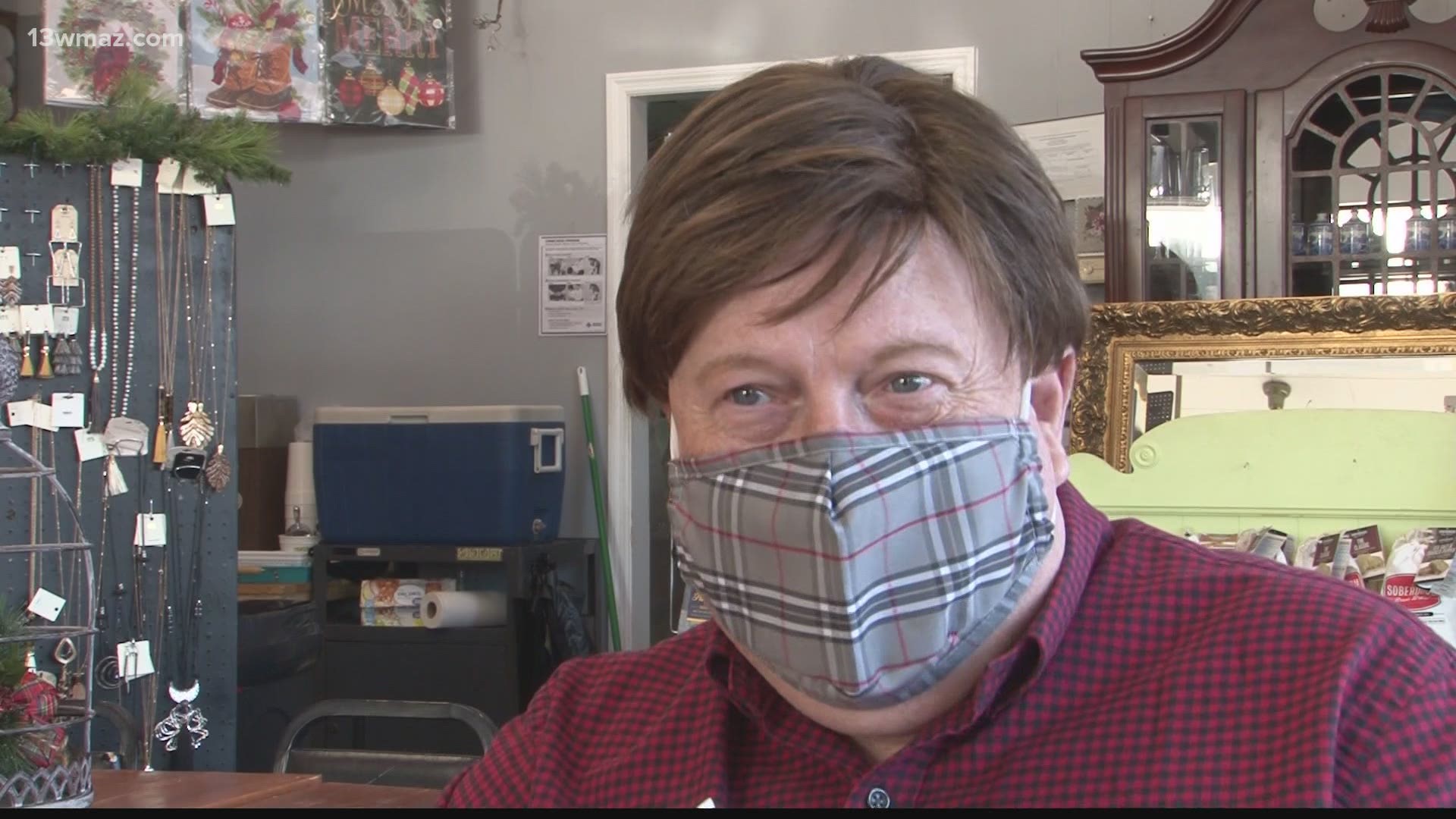 EASTMAN, Ga. — One man in Eastman has a big heart, and his desire to help out other folks, especially in this pandemic, has led some pretty cool accolades.

Roy's Deli sits on Main Street in downtown Eastman. It's a sandwich, soup, and dessert kind of place, and a national gift wholesaler just gave Roy Grenade the "Lift the Spirit" award. It's great because he gets a little pat on the back and some national recognition for the good deeds he's done this past year.

"We've been told we have the best chicken salad and pimento cheese. These are my mom's recipes," Roy said proudly.

Roy churns out his food in a tiny kitchen, but he's getting a big reputation.

Shirley Flagg is just one of his regulars.

"His food is so delicious," she exclaimed.

Flagg appreciates the lunch menu, but Roy's is also a gift shop.

One of the lines he carries, Demdaco, just gave him the "Lift Your Spirit" award.

"For a small business in a small town, that is unbelievable," Roy said with a smile.

When COVID-19 hit, he rallied folks on his Facebook page to come in and buy a boxed lunch for a healthcare worker.

He took on that challenge three times and wound up delivering 600 boxed lunches to front-line workers, but he didn't stop there.

"Even a small town like Eastman has homeless people," he admitted.

Roy says early in the pandemic, he would see those homeless folks sitting at his picnic benches out front when he got to work, and he couldn't turn anyone away if they needed a meal.

"He has a very generous giving spirit and it doesn't matter where he's at, if he can meet the need, he will," Flagg said.

Roy's mom Victoria passed away a couple of years ago. He says she didn't just give him those cooking tips, she instilled in him the value of giving, which clearly has become a recipe of kindness.

Demdaco also gave Roy $2,500 to give to the charity of his choice. He picked the Dodge County Baptist Association, which also does a lot of good for people in Eastman.

Roy's Deli will also be featured at the Demdaco shop at the Atlanta Mart for a year.