The story of Ruby and Debbie: Dog and chicken form special bond

Ruby is very protective of her fowl friend, and during these trying times, maybe there is something to learn from them. 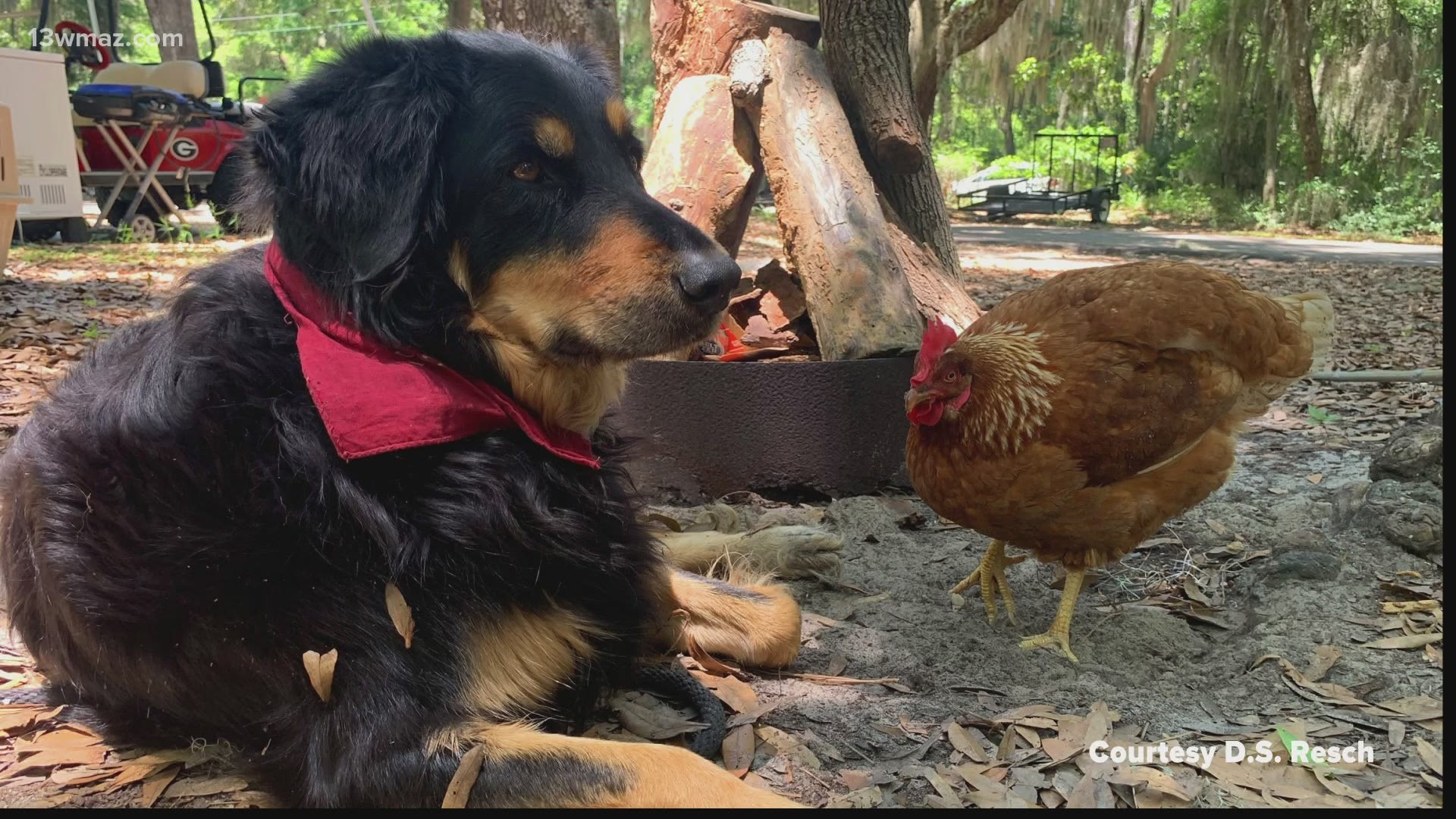 MACON, Ga. — It's snack time for Lacey and D.S.'s flock of chickens.

"She's looking at that fence and going, 'Where's mine,?' so I always say, 'Debbie, I'm coming for you,'" Lacey said while looking at a chicken off in the yard.

The couple quarantines Debbie for a reason. The other chickens don't take too kindly to her.

"Unfortunately with chickens, they want to thin the weakest member of their flock," D.S. said.

Debbie's an outcast because she's got a bum chicken leg.

"She had a condition called 'bumblefoot' -- they can get a staph infection," Lacey explained.

Ruby, their dog, is a golden-setter mix, and she had a rough start, too.

"She was a stray from Jones County," Lacey said.

"They're pretty adorable together," D.S. said with a smile.

Ruby and Debbie have formed a tight bond.

In fact, the Reschs packed up their whole crew and took them all to the beach.

"When we see other dogs walk by on leashes, Ruby gets closer to Debbie, is a little protective, and will occasionally growl and say, 'Get away from my chicken,'" she recalled. "So they're just buddies -- they have a special relationship."

"She digs the holes at the campground and Debbie will go in there and take a dust bath right after Ruby leaves," D.S. said.

Sometimes it's bringing someone into the fold and finding common ground to enjoy the best that each has to offer.

"Yes, absolutely -- they're very accepting and they take care of one another,  and that's really what we need right now," Lacey said.