The Osceola County Sheriff's Office says the massive reptile put up a good fight but was able to be taken into custody. 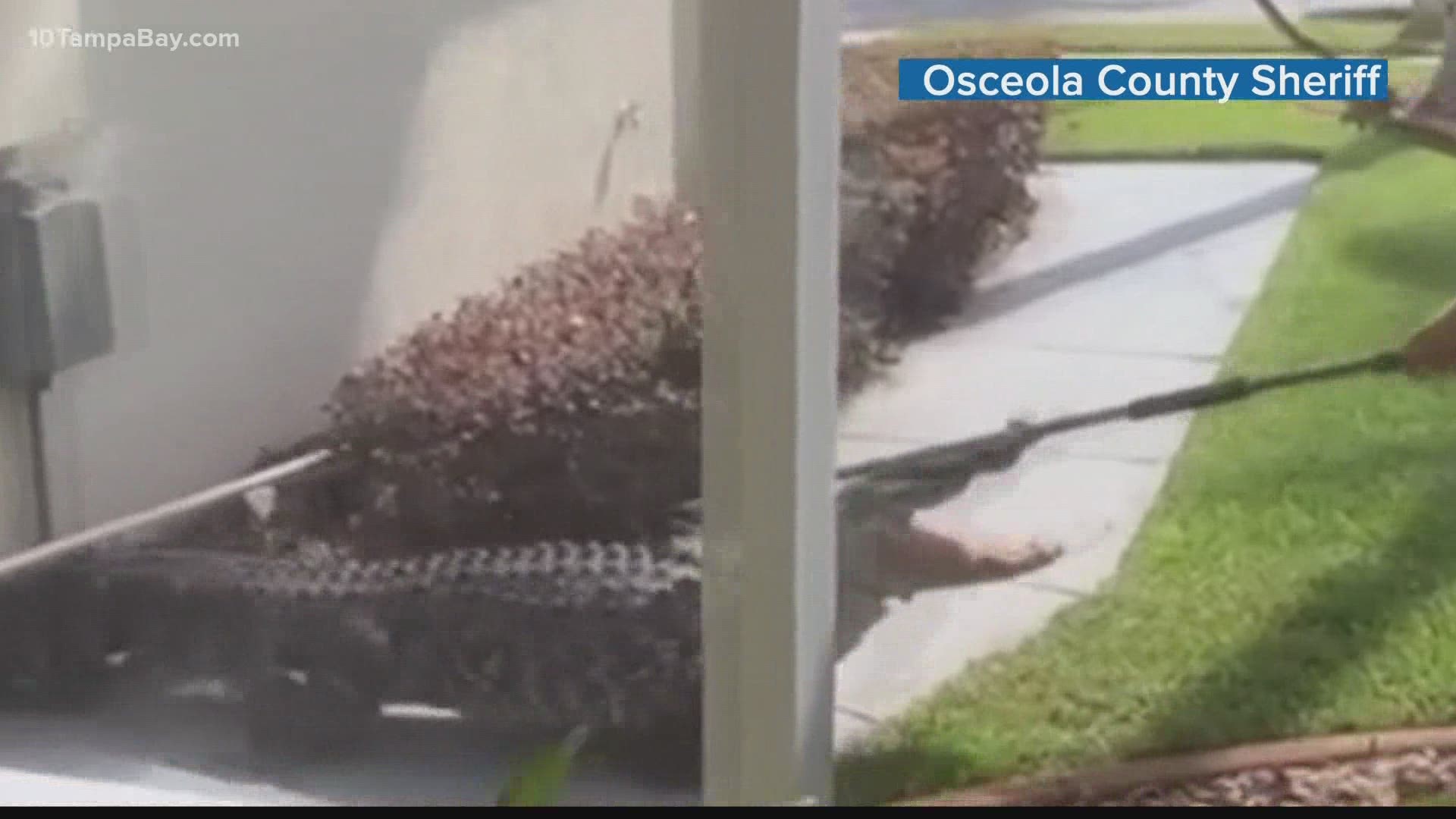 OSCEOLA COUNTY, Fla. — A Florida alligator called "Swampy Chomps" found itself in trouble with law enforcement on May 20 when a call for suspicious activity came in to dispatch.

Deputies responded to a woman's home after she reported hearing hissing in her backyard and scratching at her backdoor as if someone was trying to get in.

"Osceola deputies responded to the scene and low and behold you'll never believe what they caught in progress." Sheriff Marcos R. Lopez said.

A massive, four-legged reptile that was ready to put up a fight greeted deputies on the scene.

Lopez says the gator put up a fight and performed several "death rolls" during attempts to capture it, but that "he was no match for the Osceola County deputies."

After being taken into custody, "Swampy Chomps" was safely released to another side of an area lake.

A friendly reminder for Floridians – we are still in alligator mating season, which the Florida Fish and Wildlife Conservation Commission reports spans from April to June.

So, that means you're more likely to see a gator out and about and will want to be sure to keep your distance.

You can read more about living with alligators on FWC's website.

According to the agency, an alligator is considered a nuisance if it is at least four feet long and is believed to be a threat to people, pets, or property. Should you spot one somewhere it should not be, you can contact FWC's Nuisance Alligator Hotline for assistance at 866-392-4286.

You can catch the alligator in action in the video below: