He has become a beloved member of our community and has more than doubled his weight since coming to Kentucky Humane Society. 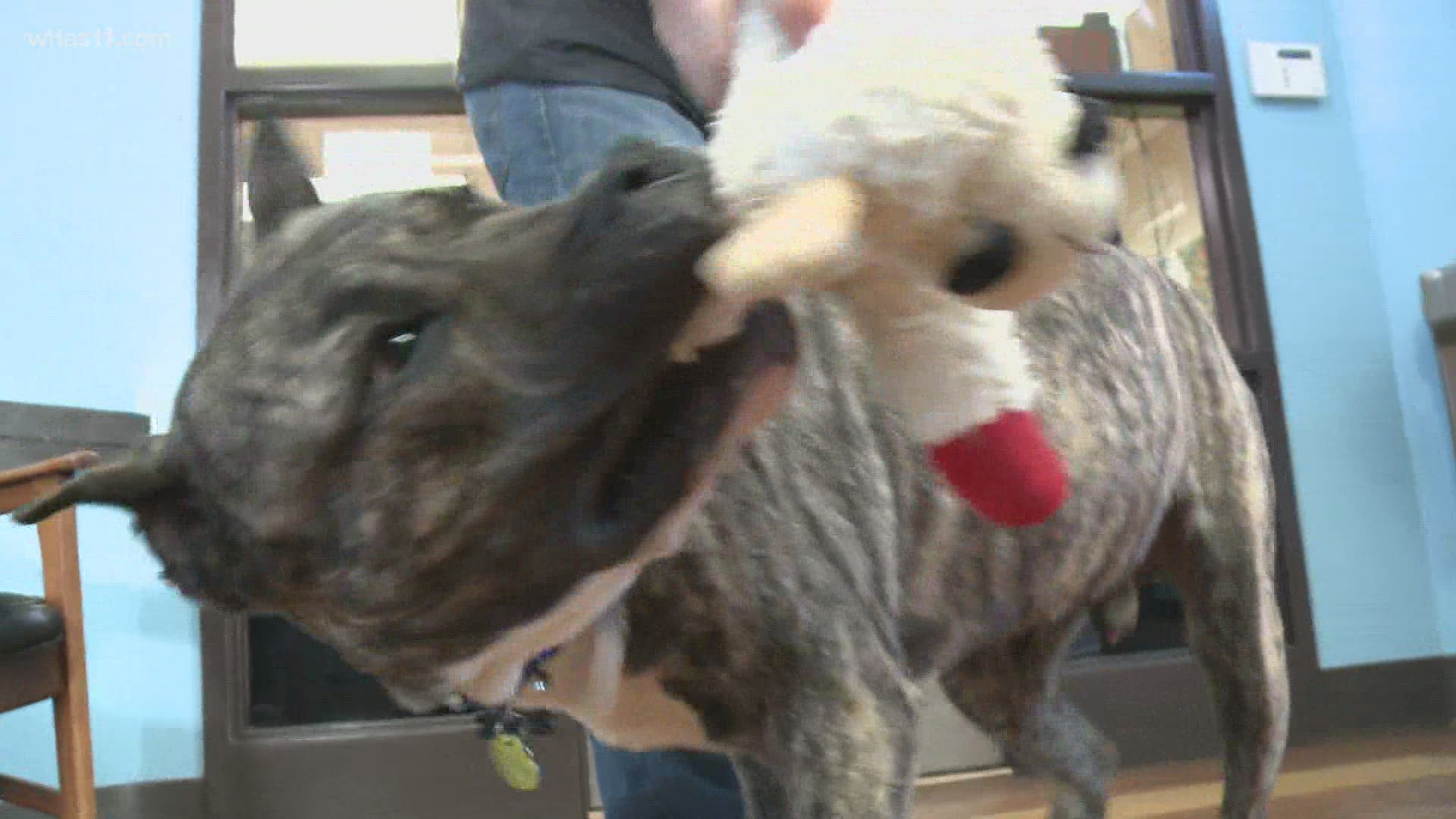 LOUISVILLE, Ky. — Ethan has captured the nation's heart, and it's easy to see why after spending time with him in-person.

The loveable pup was found more than a month ago, clinging to life outside the Kentucky Humane Society.

From there, veterinary staff spent 24/7 with Ethan. He was emaciated, dehydrated and had no muscle. Though he was given to little to no chance at survival, Ethan bounced back.

"He could walk around and his muscles started coming back, it was really cool to see his mind start to come back too. It was like a light came on," said Jeff Callaway, Ethan's foster dad and facilities director at KHS.

Callaway has seen Ethan grow to become the playful, silly pup that he is, and said Ethan easily blended into their home routine when he was finally able to leave KHS.

"He really pays attention when you give him direction, he wants to learn, Callaway said. "Like he has every right in the world to just be a pain in the butt and he loves everybody."

But this happy outcome, Callaway said, is due in large part to the Henderson family — the family who found him in the parking lot and alerted staff.

"Another 15 minutes in the cold and he may not have made it," Callaway said.

After weeks, the Hendersons were finally reunited with Ethan, getting the chance to play with him for the first time. In true Ethan fashion, Callaway said he was as kind and playful as ever.

"For them to interact together, that was a lot of fun," Callaway said.

But the Hendersons aren't the only ones who cannot get enough of Ethan. KHS said they are overwhelmed by the outpouring of support, whether that be from those in Louisville or outside. Donations sent in not only go to Ethan, but the other animals waiting for their forever homes at KHS.

RELATED: 'It's like he grew wings and flew' | Ethan recovers at a rapid rate with community's outpouring of support

RELATED: Merchandise inspired by Ethan the dog on sale through Kentucky Humane Society