Their adorable names also have special meaning for each little chick. 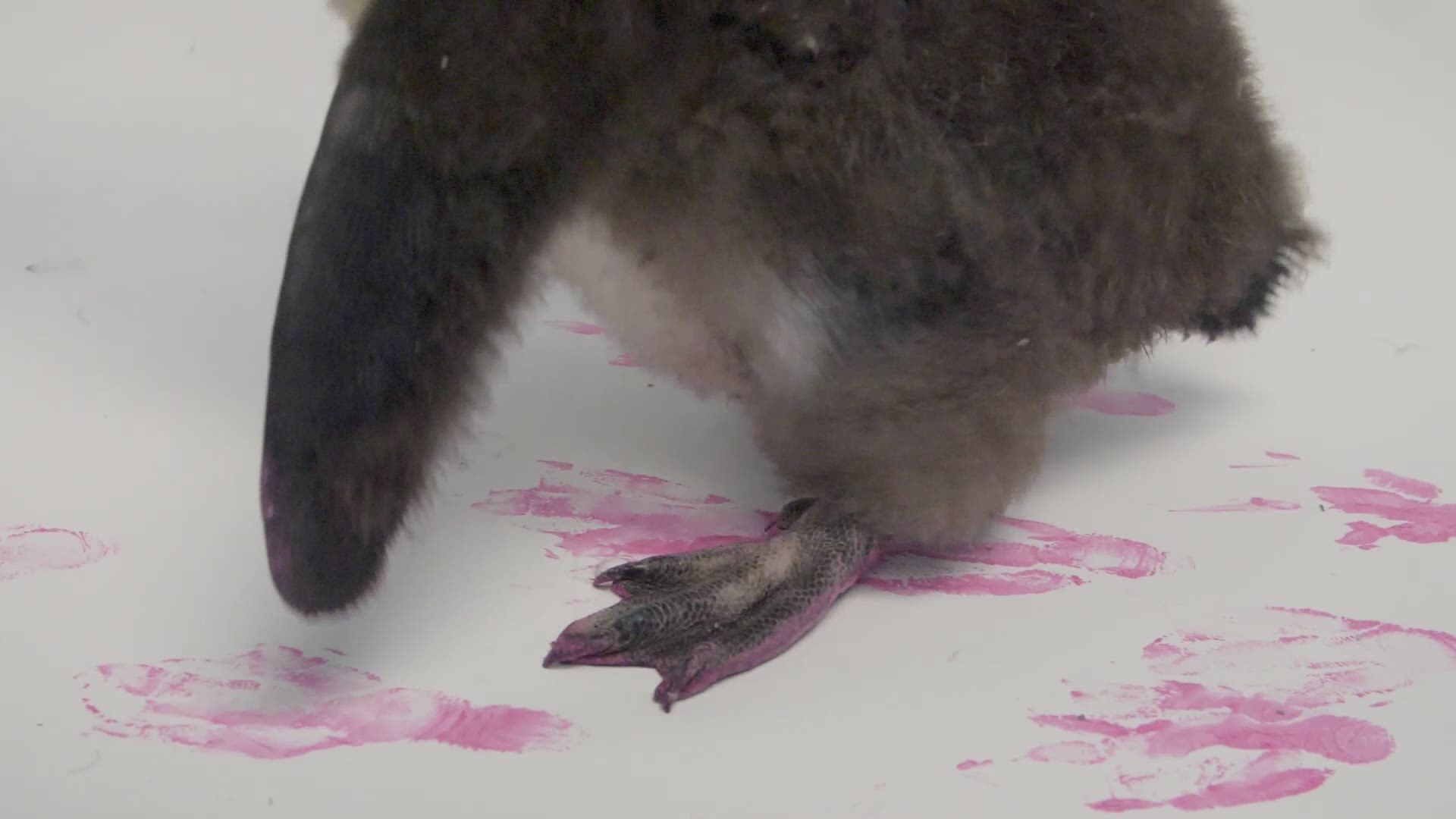 DNA testing also revealed the gender of the chicks, with Tumbo being a boy and Kianga being a girl.

According to a statement from the aquarium, Tumbo got his name from the Swahili word for "tummy" because he's the largest chick to ever hatch at the aquarium. His slightly younger sister's name means "sunshine" and came from what caretakers described as her bright personality.

The little babies are African penguin chicks, a species added to the endangered list in 2010. The classification means they are in danger of going extinct.

The massive aquarium is home to hundreds of sea creatures from across the globe including fish, whales, sharks and, of course, multiple species of penguin.