On Jan. 8, Zoo officials said the preliminary tests detected the presence of the virus in the gorilla troop. 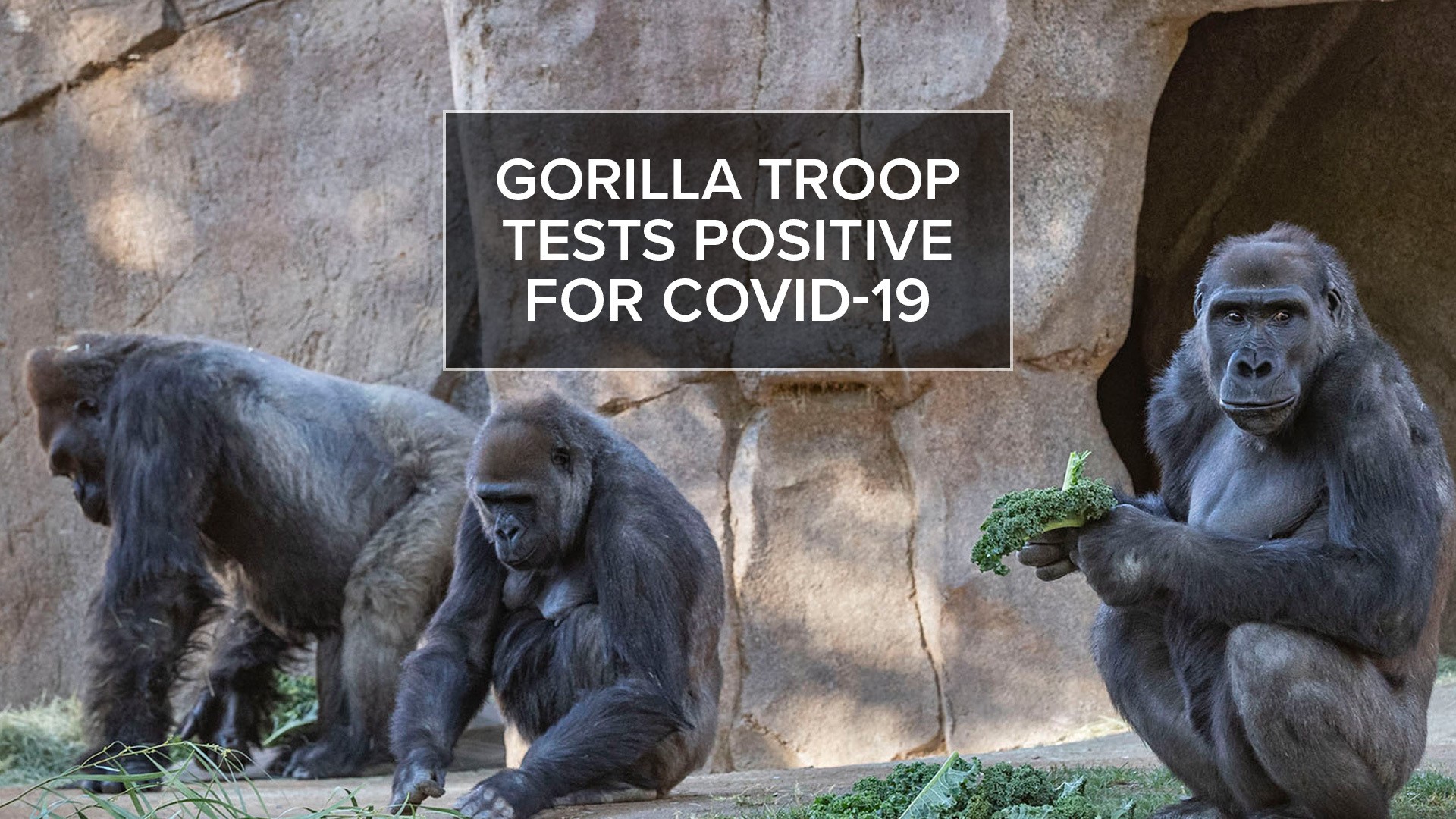 SAN DIEGO COUNTY, Calif. — Members of the Gorilla Troop at the San Diego Zoo Safari Park have tested positive for SARS-CoV-2, the virus that causes COVID-19, according to a statement released Monday from San Diego Zoo Global.

Zoo officials said on Jan. 6, two of the gorillas began coughing. They initiated the process of testing fecal samples from the gorillas for SARS-CoV-2 through the California Animal Health and Food Safety Laboratory System (CA HFS).

On Jan. 8, Zoo officials said the preliminary tests detected the presence of the virus in the gorilla troop and the U.S Department of Agriculture (USDA) National Veterinary Services Laboratories (NVSL) confirmed the positive results on Jan. 11.

“Aside from some congestion and coughing, the gorillas are doing well,” said Lisa Peterson, executive director, San Diego Zoo Safari Park. “The troop remains quarantined together and are eating and drinking. We are hopeful for a full recovery.”

It's the first time any animals at either of the zoo's parks have tested positive for the coronavirus. A situation so rare, Governor Gavin Newsom mentioned it in his daily media briefing on Monday, “This is just an area that's long been of concern - human to animal transmission.”

According to the press release, it is suspected the gorillas acquired the infection from an asymptomatic staff member, despite following all recommended precautions including COVID-19 safety protocols from the Centers for Disease Control and Prevention (CDC) and San Diego County Public Health as well as wearing PPE when near the gorillas.

Research studies have verified that some non-human primates are susceptible to infection with SARS-CoV-2, but Zoo officials said this is the first known instance of natural transmission to great apes and it is unknown if they will have any serious reaction.

RELATED: Scientists focus on bats for clues to prevent next pandemic

San Diego Zoo Global has strict biosecurity measures in place to protect all of the wildlife in its care and said it has successfully protected its wildlife populations from emerging disease threats in the community such as Newcastle's Disease and West Nile Virus.

In March 2020, as the community responded to the pandemic, San Diego Zoo Global scientists worked with disease experts to share their expertise in biosecurity with USDA, AZA, and other organizations, establishing industry practices for protecting wildlife worldwide.

The San Diego Zoo Safari Park has been closed to the public since December 6.