Joro spiders spotted all over north Georgia in full force 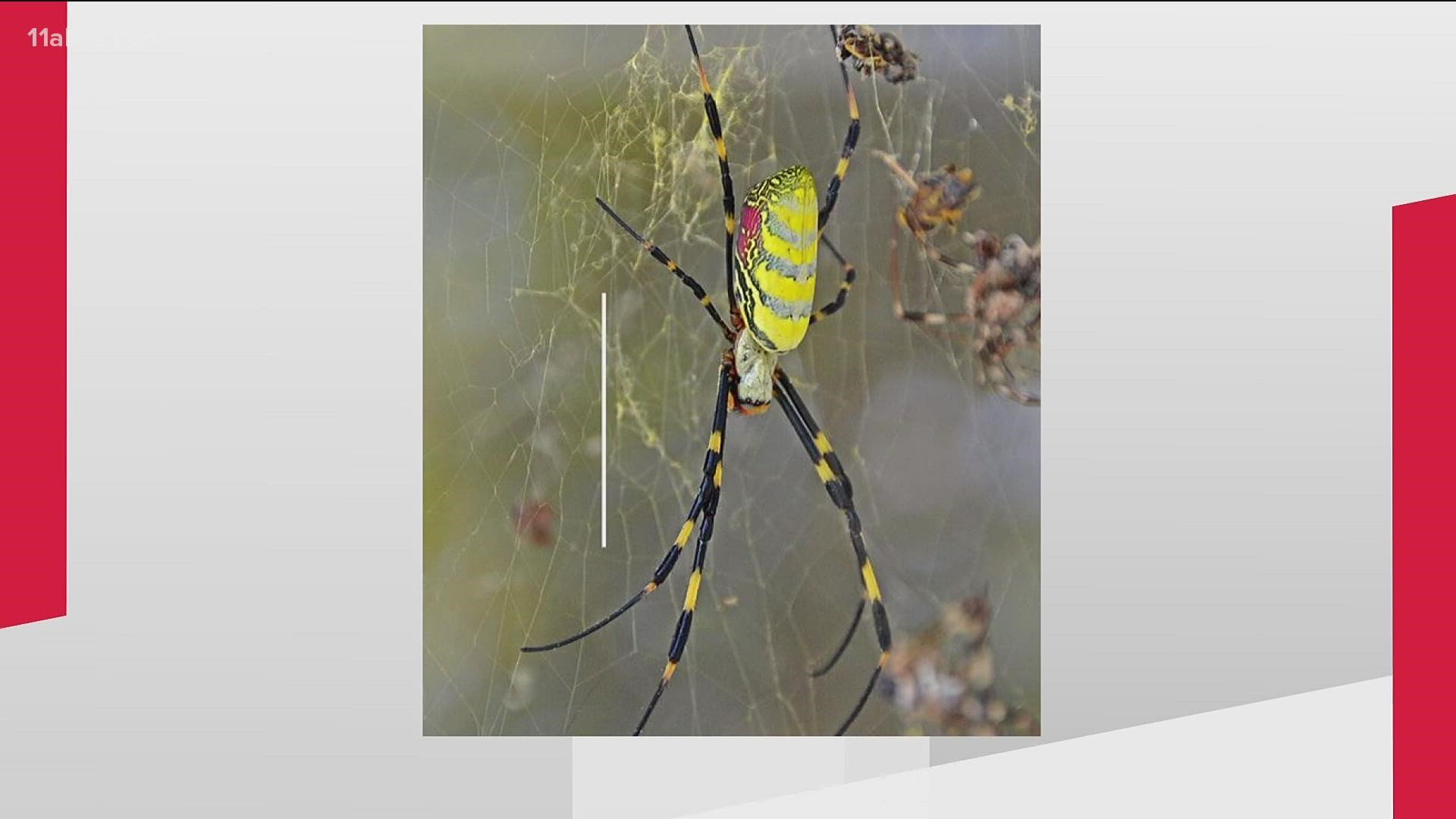 ATLANTA — Hundreds of creepy, crawly critters have recently been spotted all over north Georgia, and they aren't Halloween decorations.

The eight-legged arthropod made its United States debut in the 2010s, with a confirmation of their appearance in the Peach State in 2015. These spiders are huge, with their bodies spanning nearly three inches long when fully extended.

They have been described as being nearly the same size as a banana spider and having similar coloring, being decorated with yellow and black throughout. Because of its bright color, some worry the pest may be venomous. However, Christopher Brown, professor of biology at Georgia Gwinnett College, told writers at the school the pests are nothing to be concerned about.

"All spiders are venomous; it's how they paralyze their prey and dissolve their insides, letting them feed," Brown said. "But Joro venom isn't harmful to people. Even though Joro are not native to North America, they do not have venom that would hurt too much."

Brown did say, though that the spider species qualify as invasive, and could possibly have weighing impacts on Georgia's natural environment in the long run.

"I don't think they're going anywhere," he said.

A female Joro spider sits in its golden-colored web. The 30-millimeter scale bar is included for size reference.