The owner was in the store for four minutes and when she came out -- her dog was gone. 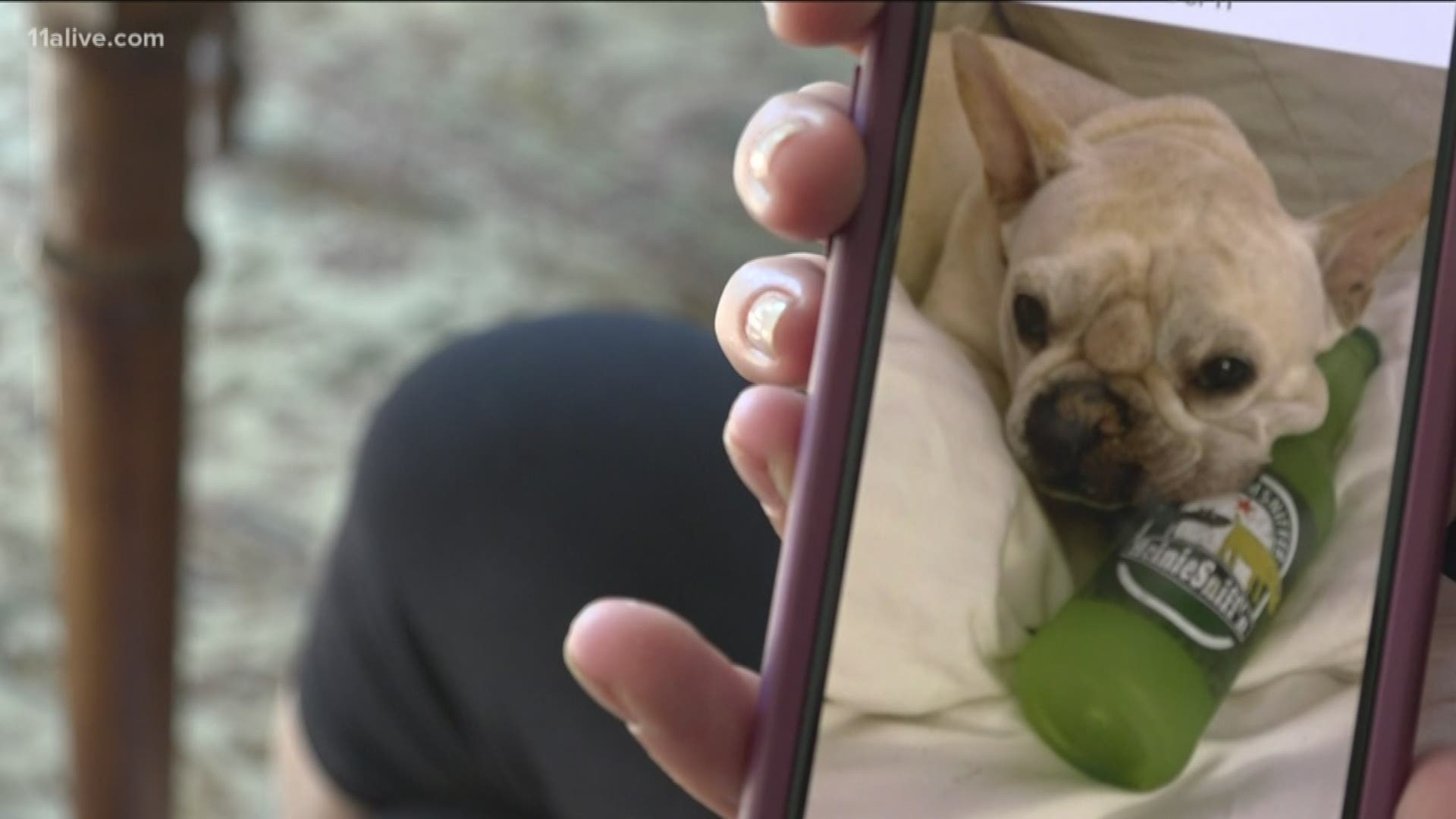 The search is on for a white French Bulldog that was stolen out of a car in the parking lot of a Publix store in The Peach shopping plaza on Peachtree Road in Buckhead.

His name is Rex and his owner, Karla Morris, says he is 11 years old and deaf. He has a distinct cyst in the middle of his eyes.

A witness told police that they saw the encounter happen. Apparently, Morris was on her way to take him to the 24-hour emergency vet, so that Rex could get treated for a possible spider or snake bite. That's when she realized she left Rex's dog food at home and decided to grab some dog food from Publix.

"He never leaves our side," she said. "He's totally my shadow."

She said she was in the store for four minutes and left Rex in the car with the windows down.

A witness told police three or four men wearing hoodies in a white Dodge Charger with dealer tags and white rims pulled up and grabbed Rex before speeding off.

Morris says the car was last spotted on Pharr Road.

"I'm just overwhelmed with grief," Morris said. "I don't know what to do."

Atlanta Police are investigating and trying to track the culprits down, but Karla says she wants to talk to the thieves directly.

"Please don't hurt him," she said. "He's very fragile, he's a sensitive dog, and that's my biggest fear - that they'll mistreat him in some way."

She is offering a $500 reward for Rex's safe return -- no questions asked.