“Inspiring. Inspiring. If it was me that was shot, I would still be recovering,” said Larsen. 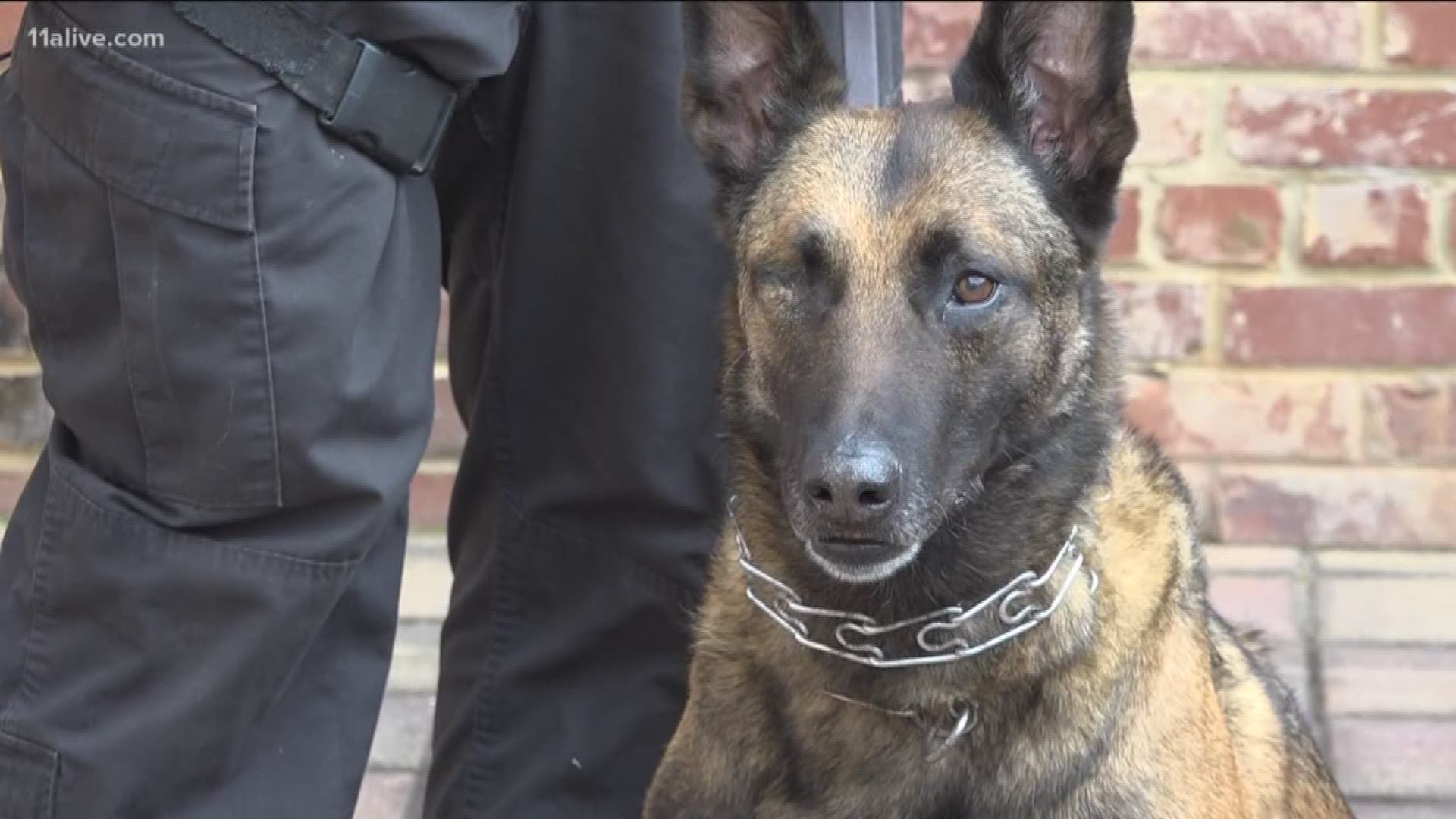 K-9 Indi is back to full police duty after being shot in the face three months ago.

This hero is credited with saving police officers' lives while searching for a suspect who killed another officer. He was shot point-blank chasing the suspect down on Dec. 13, but Indi wouldn't stay down for long.

His handler, Officer Norman Larsen, said Indi couldn't wait to get back to work.

“Today he's running around like a champion, and a lot of times you don't have the opportunity to come back from this,” Larsen explained.

He started small with Indi.

But time after time, test after test - Indi proved himself.

“He's acting and performing as good as he was the day before,” he said.

The day before that horrific call that there was an officer down.

RELATED: K9 officer Indi to return to DeKalb Co. Police Department after being shot in call that killed officer

Officer Edgar Flores was shot after a traffic stop. He died from his injuries.

“We got that call that no one wants to hear," Larson said. "He wasn't answering his radio."

Officer Larsen was 20 minutes away with K-9 Indi, and by the time they got to the scene, they all figured it was hopeless - but not for Indi.

Larsen said he didn't hesitate running straight after the suspect who shot Indi in the face. Before Larsen caught up with them, he thought Indi was dead.

“He was panting, he was sitting, he looked strong. I called him over to me and held him there,” he said.

RELATED: All of the Georgia officers killed in the line of duty this year

They rushed Indi to the vet where they removed his right eye, but Indi was released just 48 hours later.

“Inspiring. Inspiring. If it was me that was shot, I would still be recovering,” said Larsen.

Indi refused to take it easy - hopping back in the patrol car with Larsen as soon as he was able.

“I take him to work with me every day," he said.

"But if we have a call, come out and he sees another dog handle it, he doesn't appear to be too happy,” Larson said.

But the K-9 just passed his re-certification test, so he can get back in the field.

“He's only 7, and he's full of energy. He's going to retire on his terms,” Larson said.

Larsen and Indi are being honored by DeKalb County this Wednesday for their heroic actions that night.

DeKalb K9 shot in face to receive award for his bravery