Stolen dog recovered, but appears to have been burned with cigarettes

Mini was taken, along with her owner's car, from Phipps Plaza earlier this week. 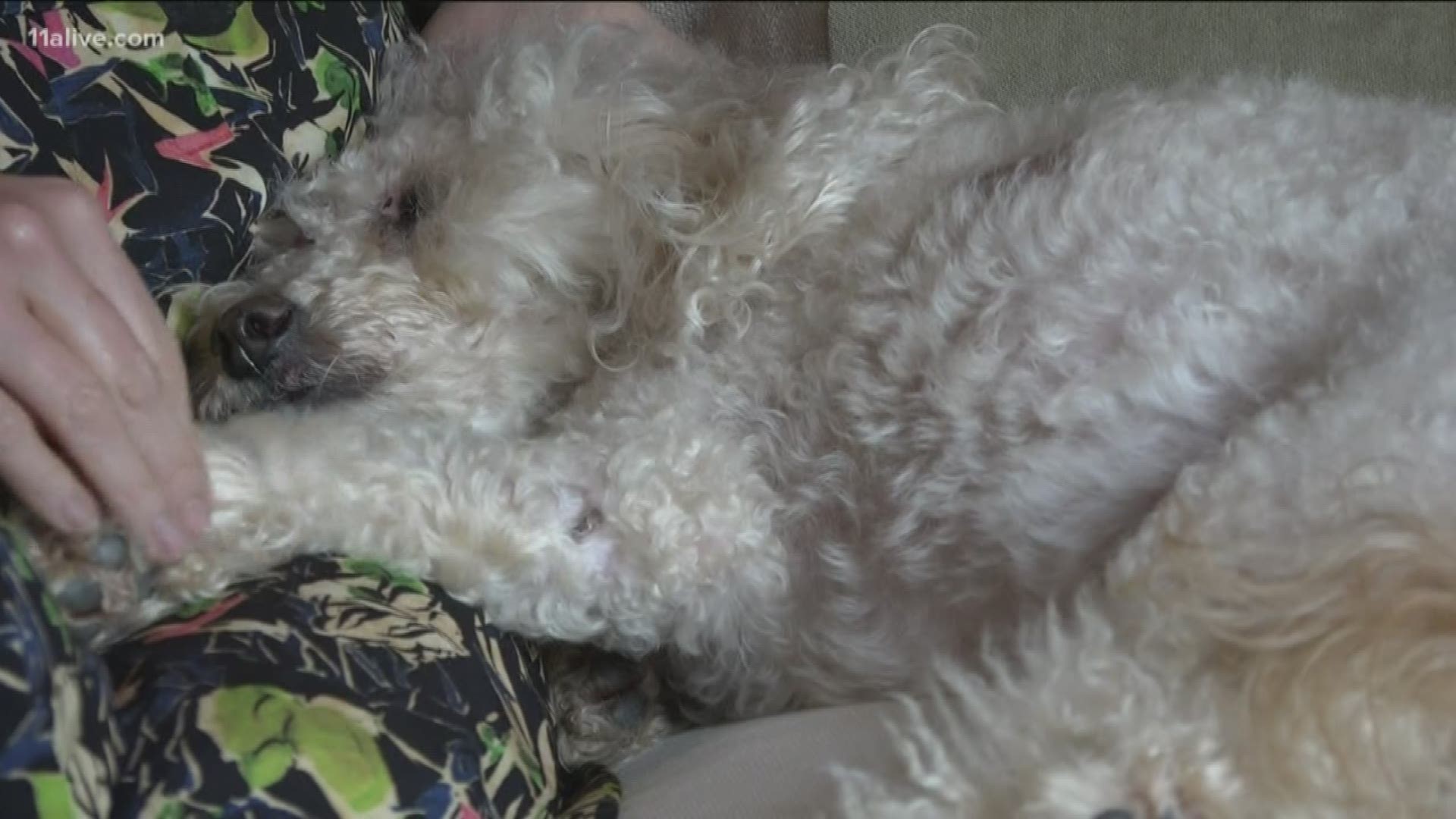 ATLANTA — A dog stolen in Buckhead over the past few days is back at home, but not without big problems.

Mini's owners said they left her in their car for just a minute when they ran inside a business at Phipps Plaza. When they came back, both the car and Mini were gone.

Now, Mini's family has tracked her down, and they say she's in really rough shape.

Mini's injuries are serious. She has cigarette burns and bruises all over her body. The vet thinks she was tossed out of the car as it was moving.

"She didn't know where I was, why I wasn't there, and that's what hurt me so much," said her owner, Michele Mase Bullock.

1 / 5
WXIA
Michele Mase Bullock's dog, Mini, is back at home after a harrowing incident.

Michele says she can't imagine what Mini went through.

"This is a cigarette burn," Michele said, pointing at a scar on Mini's haunch. "But it wasn't just touched on her, it was pushed down inside her body."

A woman turned Mini in to the Fulton County Animal Control three days after Michele's car was stolen. The dog's injuries were so severe, however, that when Michele called animal control to ask if they had the dog, the staff couldn't even recognize the dog, based on her description.

"She had to be sedated just to have her wounds cleaned out," Michele said.

Now that Mini is back home, Michele is hoping to help others going through the same thing. She invited Karla Morris to her home on Tuesday.

Karla's French Bulldog Rex was stolen out of her car at a Buckhead Publix store and still has not been found.

"I've been trying not to think of what they might be doing to him," Karla said.

She has been doing everything she can to find Rex, and thinks when the criminals are caught, they should be punished harshly.

Atlanta Police said there were a bunch of car break-ins over the weekend, but they do not think these two cases were connected.