'These are living creatures': Couple was heartbroken to find seven puppies discarded in dumpster

Tara and Craig Sloan found the puppies on Sunday. They're currently in the care of a shelter. 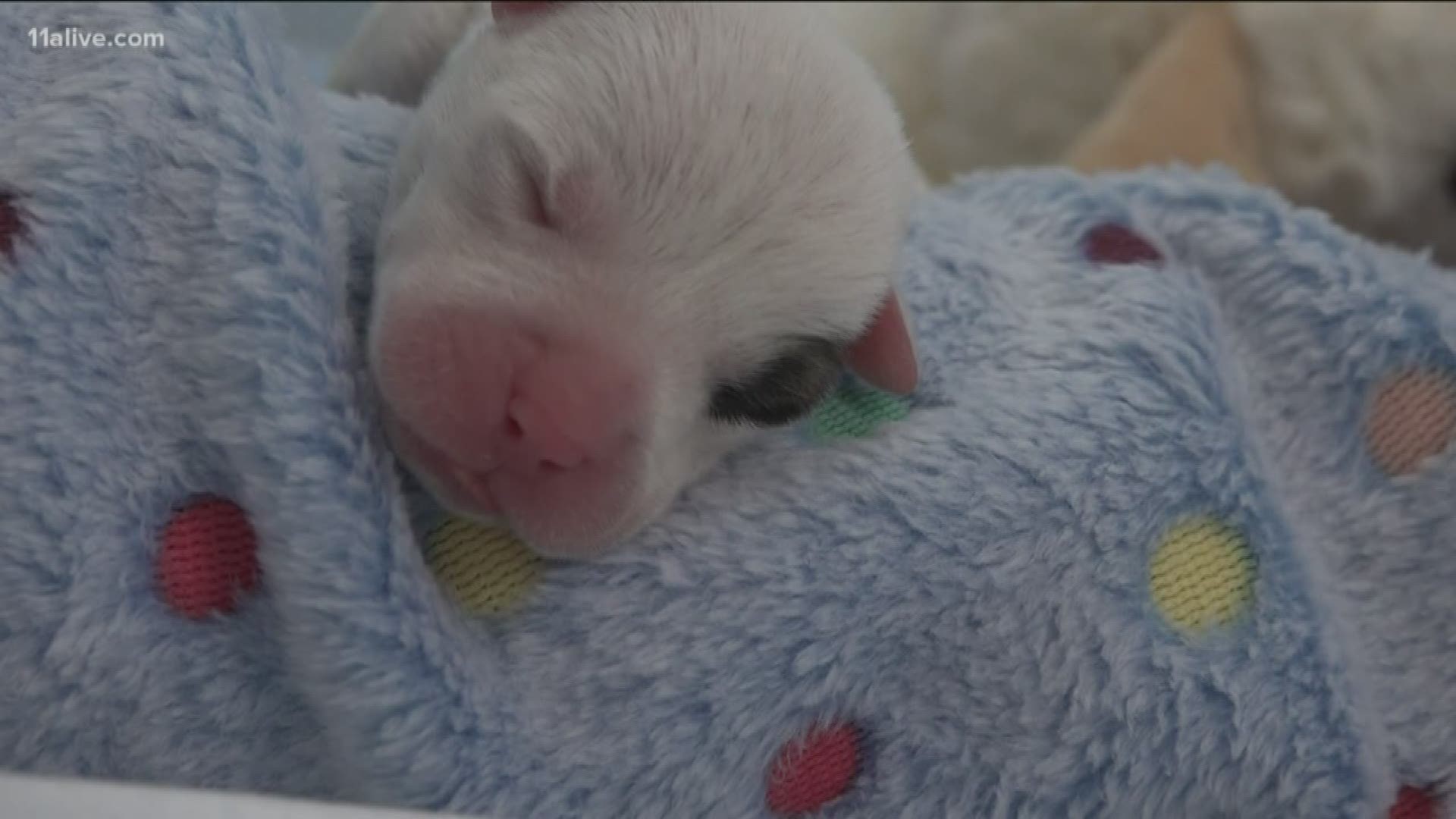 MARIETTA, Ga. — A woman says she "just wanted to burst into tears" when she and her husband found seven puppies discarded in a Marietta dumpster last weekend.

Tara and Craig Sloan were coming home from church on Sunday when they stopped at a dumpster behind a home goods store where they'll frequently stray grab packing materials like boxes for her eBay selling.

This time, though, they heard little squeals coming from inside it.

What they thought might have been kittens turned out to be a litter of newborn puppies, huddled together in a cardboard box.

"It was shock," she said upon finding the puppies. "Who would do this?"

The couple alerted authorities, who placed them with Bosley’s Place, a Smyrna nursery and sanctuary for homeless and orphaned puppies in their earliest stages of life (0-4 weeks, the organization says).

Tara Sloan said they just couldn't believe someone would leave puppies to die in a dumpster.

"These are living creatures, and you think, someone did this on purpose," she said. "That's what really hit me. I realized this wasn't an accident - somebody dumped these here with the sole intent of them not living."

"It was an inconvenience for them, so they're just going to throw them away like they're trash," she added. "It broke my heart. We were both in tears."

Craig Sloan said when he first opened the box and found the puppies, he was "really worried they weren't gonna make it."

"Cause of how long they'd been in there," he said. "You could tell they were hungry and needed water."

Fortunately, the puppies are doing well at Bosley's Place. The shelter has chronicled their journey on their Facebook page.

“The new kids are getting settled in, they have all received a deflea spa treatment and are all nursing well,” the shelter first wrote on Sunday evening. “We can’t wait to watch them grow up big and strong!”

“Since we knew we wanted to name one of the puppies Sloan, we’ve gone with the Ferris Bueller theme,” Bosley’s Place wrote. “You can see that Sloan has a very large heart shaped mark on her back… so appropriate.”

The shelter wrote on Monday that five of the puppies were nursing “very well” while two still needed to be tube fed.

“We understand from the authorities that there was no video footage available from any of the neighboring stores to help identify the culprit that dumped these sweet little love nuggets,” Bosley’s Place wrote. “While we are disappointed to hear that there (are) no good leads, we are grateful and blessed to be able to love on these little ones and help them heal and grow into happy healthy puppies.”

The shelter does not know exactly what breed the puppies are, though all are white with black markings.

They’re currently looking for foster homes for the pups. You can submit a foster application with Bosley’s Place here.