When Susan Raney's neighbor passed away, her dog had nowhere to go, so she took him in -- and she said her condo has forced her out. 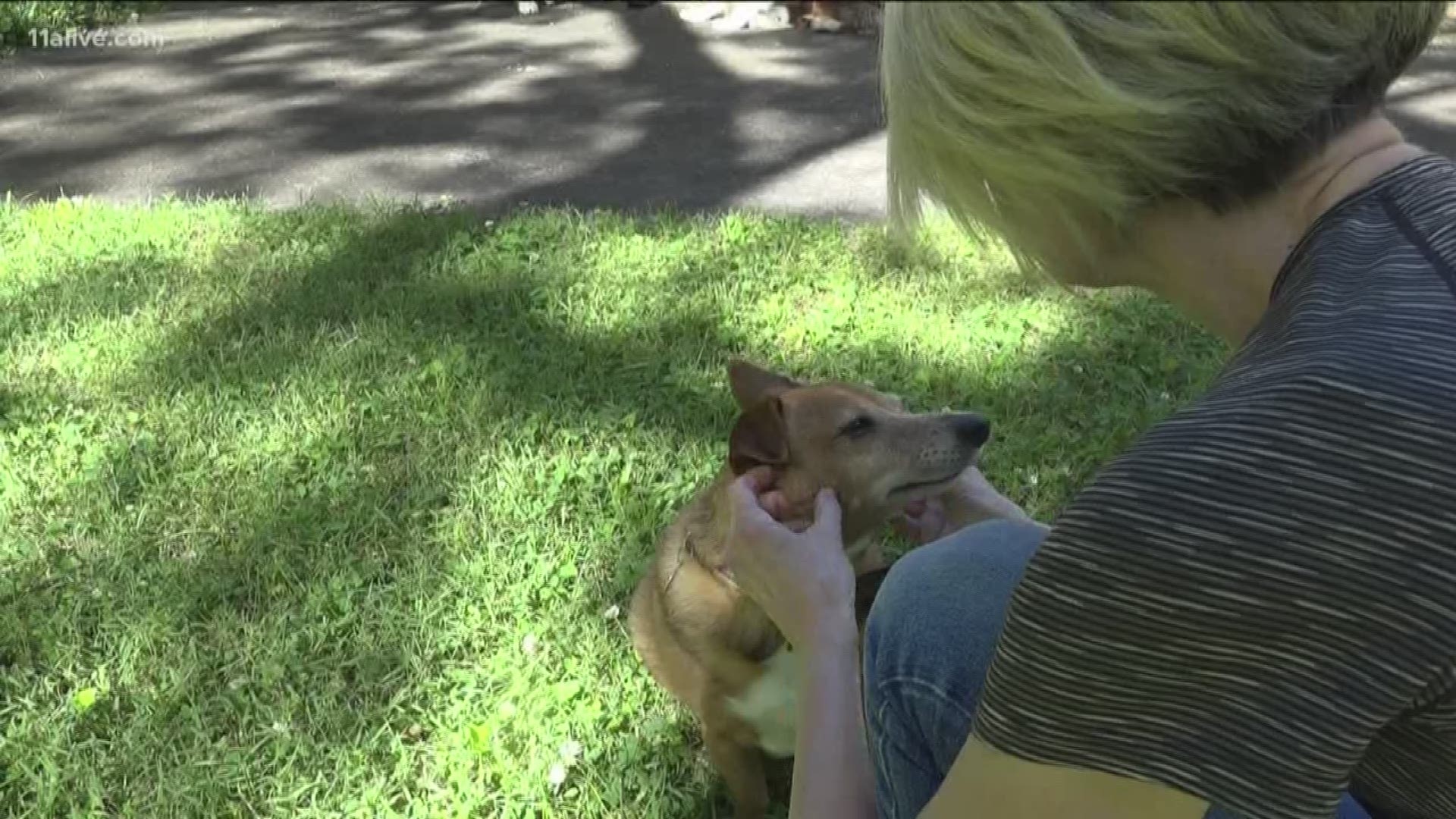 That's the description a resident gave of a condo policy forcing a woman to give up one of her dogs because she's over the building's pet limit.

She sent her story to K9Kait, our digital hub for all dog news, and Kaitlyn Ross looked in to why she said she would rather move out than give one of them up.

"You're a good boy," Susan Raney told her dog, Reebok.

"He's wonderful. He's so sweet, he's got his own little personality," she said.

Credit: Susan Raney
Susan Raney said she has been forced to move out of her condo after the new owners said she couldn't keep her three dogs together. She adopted Reebok from her neighbor, who passed away.

Raney met Reebok at her condo in downtown Atlanta, where he lived with her neighbor. She already had two dogs of her own, but saw her neighbor was struggling to take care of Reebok.

"She was alone and she didn't have anyone to help her out. And poor little Reebok. She would put him in a shopping cart and take him out. And she would just dump it out and he would jump out and do his potty break and then he would jump back in because she couldn't get him out of the lobby," she said.

"In the hospital, I went to see her, and I told her not to worry about Reebok, that I would take care of him," she said.

It wasn't long after that her neighbor passed away.

The woman didn't have any friends or family who could care for Reebok, so Raney didn't think twice about taking him in.

Her condo association has a two pet limit, but Susan said everyone knew she took Reebok in and that she was taking good care of him.

Credit: Susan Raney
Susan Raney said she has been forced to move out of her condo after the new owners said she couldn't keep her three dogs together. She adopted Reebok from her neighbor, who passed away.

There was no problem for more than a year, until a new management company took over. She got a letter out of nowhere, telling her she had to downsize her pets.

"I was in disbelief. Are you kidding me? I questioned, what was the issue," she asked.

An attorney for the City Heights Condo Association said in a statement to 11Alive that they're sympathetic to her cause, but the rules are the rules. It's laid out, in black and white, in the condo paperwork.

"It's costing her a lot of money, and she's not able to be in her home, and it's very stressful," said Raney's friend and dog trainer, Jennifer Pendelton-Stewart. She has watched Raney try to fight the condo board on this.

But the board won't budge, and told Susan they'll fine her $25 for every day she has three dogs in the unit.

She still owns the condo unit, but said she had to move out until she can figure out how to keep her pets together.

"It felt like it would just be tearing our family apart," she said.

She's trying to get two-thirds of the residents at City Heights Condos to sign a petition that would grant her an exception, allowing her to keep her three dogs.

She's already started asking people who live there to sign on and so far, they've all been supportive.

1 / 8
Susan Raney
Susan Raney said she has been forced to move out of her condo after the new owners said she couldn't keep her three dogs together. She adopted Reebok from her neighbor, who passed away.