According to the Atlanta Humane Society, authorities there were asked to conduct a welfare check for unsanitary conditions at a property in the county. When they got there, they found 44 Maltese Poodles and Matipoo dog mixes living in poor condition.

"The property was a puppy mill where the dogs were being bred and sold in really, really horrendous conditions," said Amanda Harris with the Atlanta Humane Society.

The Monroe County Sheriff's Office called the Atlanta Humane Society's Animal Protection Unit to the scene to examine each of the animals. The Humane Society then brought them back to the group's Howell Mill Road facility to get care.

"Many of them have teeth and jaw issues. Seven of them actually had missing jaws - their bottom jaws were not there any more," Harris explained. "Matted fur, just in really bad shape - covered in fleas, too."

A spokesperson with the Humane Society said some of the younger dogs may be available to adopt as early as this weekend. Many of the other dogs rescued, though, will need extensive medical care and long-term fostering before they are fully ready for adoption. Harris added that every single one of the dogs will need care for their teeth.

As for the investigation, the Sheriff's Office said the case is still active and criminal charges are pending. 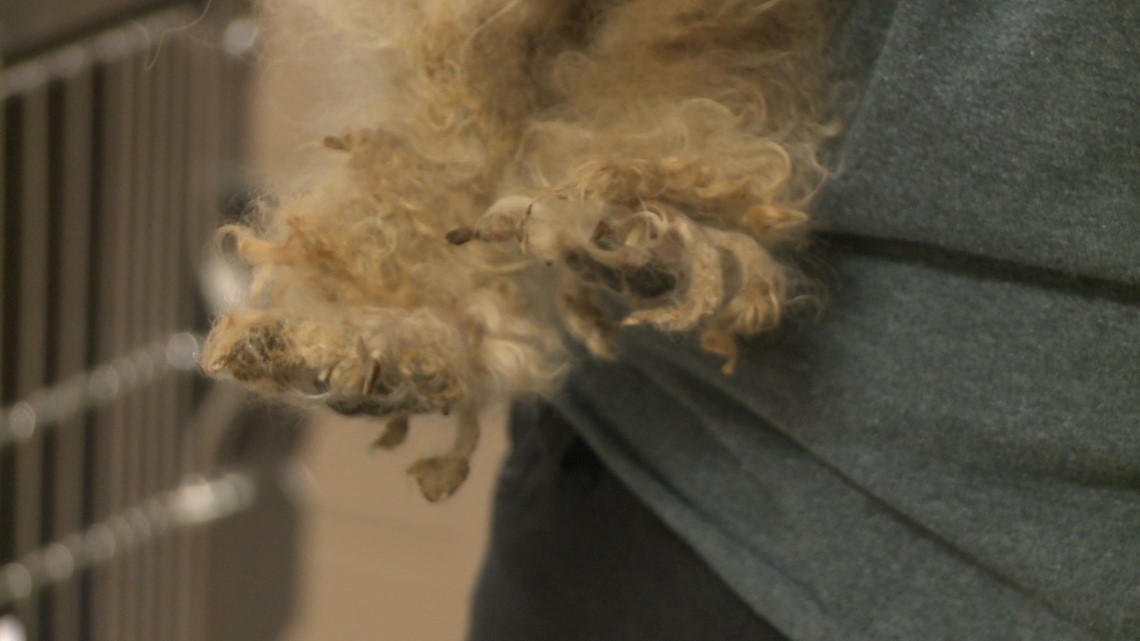 Woman arrested after horse dies of starvation, others found malnourished in north Georgia

Puppy rescued from flooding car in Florida is given appropriate name