The monstrous croc is estimated to be 10-15 feet long. 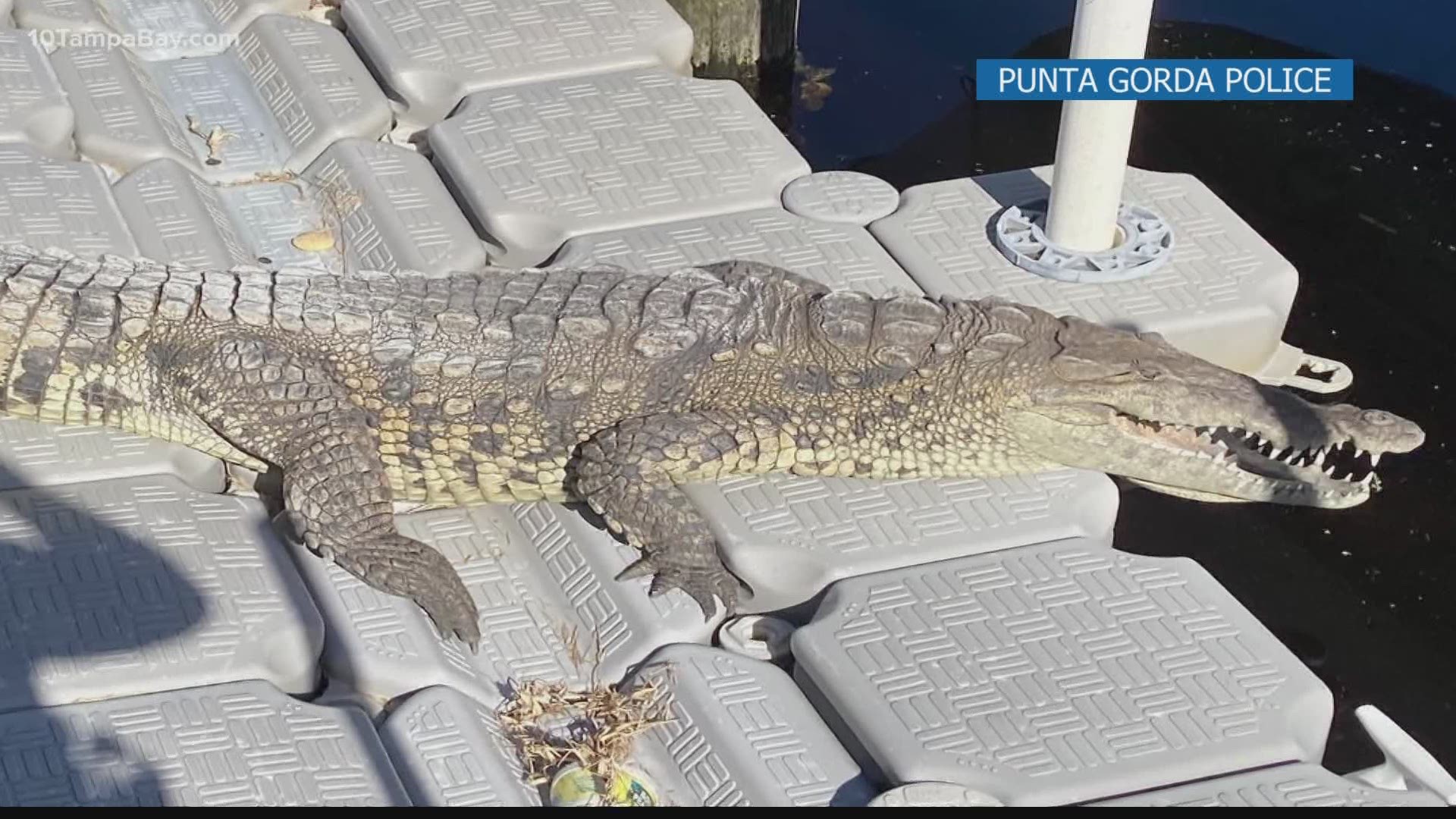 PUNTA GORDA, Fla. — One Florida woman was surprised by a giant reptile in her backyard -- but it wasn't your typical alligator.

Turns out it was a 10-15 foot rare American crocodile, according to a police incident report obtained by the Port Charlotte Sun.

The Florida Fish and Wildlife Conservation Commission was contacted and a trapper was sent out to wrangle the creature. According to the news outlet, the reptile is estimated to be about 70 years old.

Officers with the Punta Gorda Police Department joked about the croc, saying it was just taking some time to soak up the Florida sunshine.

"Just one of our residents (an American Crocodile) enjoying the December sunshine in Punta Gorda Isles," the agency wrote on Facebook.

Residents in the area were given information on how to safely co-exist with crocodiles as they will sometimes come into developed areas, but often move on within a short period of time.

"The American crocodile is shy and reclusive and conflicts between them and people are extremely rare in Florida," the FWC wrote.

According to the FWC, American crocodiles are among the largest living reptiles and have the most complex behaviors. They are native to the U.S. and can be found in wetland areas in both tropical and subtropical locations.

It is estimated there are around 400 to 500 crocodiles that currently call Florida home.

Now, these reptiles look similar to alligators, which are no stranger to the Sunshine State. But, there is a way to tell the difference.

The FWC says alligators are more darkly colored, have broader snouts and are usually found in freshwater habitats. Crocodiles are very rare and secretive creatures that live in coastal, brackish and saltwater. They are also gray or green in color with a triangular-shaped snout and have an exposed tooth on their lower jaw.