Police removed the snake from Dell Holmes Park. The python will go to a snake rehab facility in Hillsborough County. 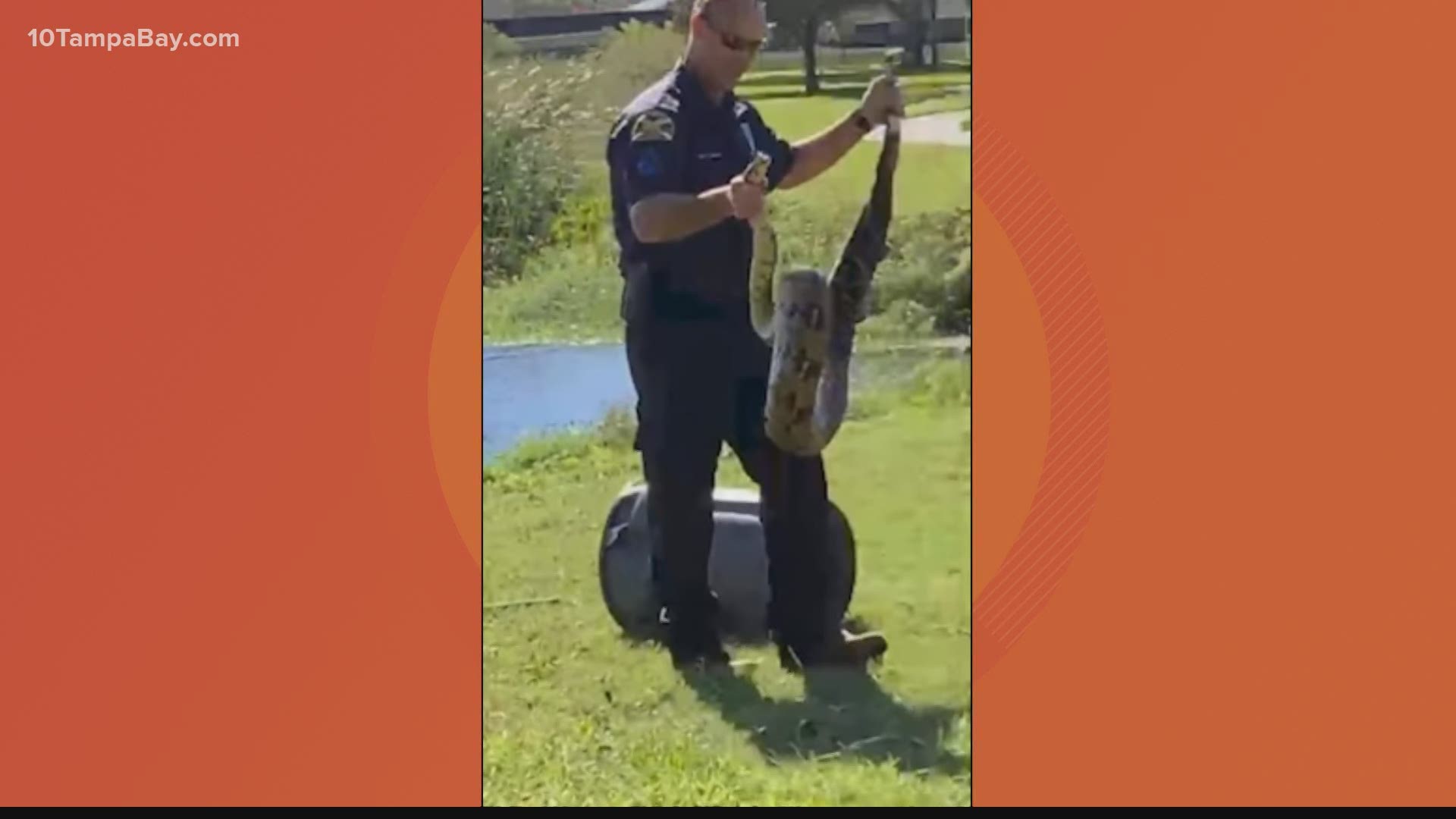 ST. PETERSBURG, Fla. — Video shared by police shows an officer wrangling a large snake in a park in St. Petersburg.

Officer Paul Grata captured the snake at Dell Holmes Park this week, and a Florida Fish and Wildlife officer identified it as a ball python.

The creature is now headed to a snake rehab facility in Hillsborough County.

According to FWC, ball pythons are one of the most popular non-native snakes found as pets. They're often confused with Burmese pythons, but ball pythons rarely get longer than four feet.

Ball pythons were first observed in Florida in 1995, but there are no known reproducing populations in the wild.