Bibb Co. community group to host a discussion on weed and youth

Next Level, a community development center, says they don't want their message to be political 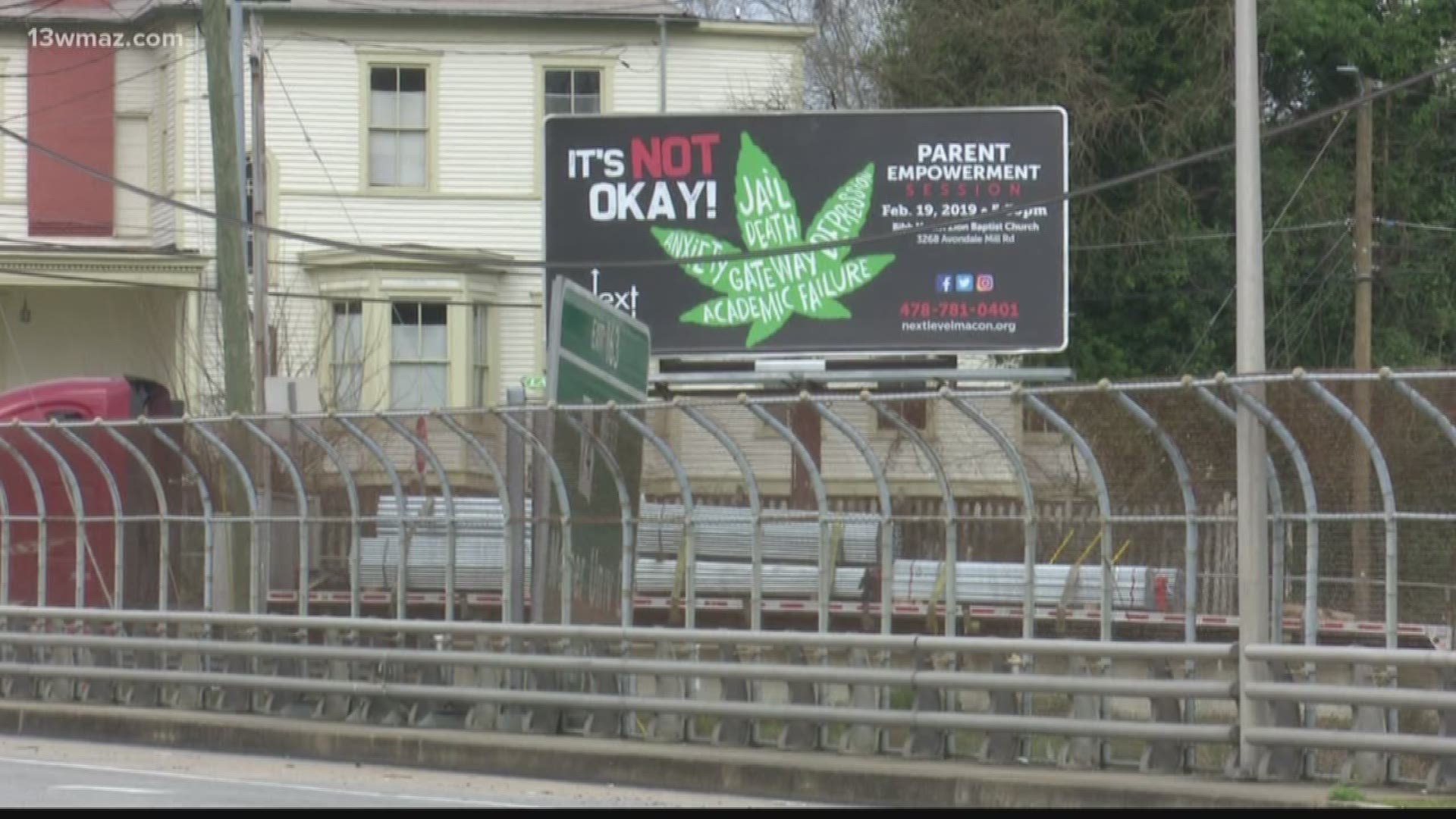 MACON, Ga. — A Macon group is using some big advertising to warn parents and their kids about marijuana and its effects.

13WMAZ found out what Central Georgians think of the billboard and what the organization hopes to accomplish with it.

Driving down Hardeman Avenue, it's pretty hard to miss the billboard and that has some people talking.

"I think it is a good idea to keep kids off of drugs, stop people from smoking drugs," said Gari Leghorn.

The billboard, which is also posted on Mercer University Drive, shows a marijuana plant with words like jail, death, and academic failure.

Next Level, a community development center, says they don't want their message to be political.

Instead they say they want to be a resource for Central Georgians.

"We are here to make sure, as our mission says, to educate, enlighten, and empower youth and family to make healthy lifestyle choices," said Next Level executive director Lakesia Toomer.

Toomer says that based on conversations with parents, they decided to come up with a parent empowerment session on keeping kids away from drugs and alcohol.

"Choices can beneficial or there can be some major consequences to them, so we want to start now, very very young, teaching our children the right choices," Toomer said.

She added parents who decide to come out will hopefully leave ready to discuss the sometimes tough topic with their kids.

"I believe if you are having trouble with talking to your kids or communicating to your kids [about] the negative short and long-term effects of recreational marijuana, I believe you will get your answers," Toomer said.

While Next Level prepares for the conference, Jayvean Cummings thinks the billboard sends the wrong message

"I don't want people who are looking at it to look at people who smoke weed in the wrong way because some people smoke weed for medical problems," Cummings said.

Toomer says Next Level plans to keep on serving the community by talking about tough topics and through their youth programs.