Navicent Health challenges you to 'Brave the Shave' for childhood cancer

Are you brave enough to shave your head for childhood cancer? If you are, Navicent Health wants to see your before and after pictures. 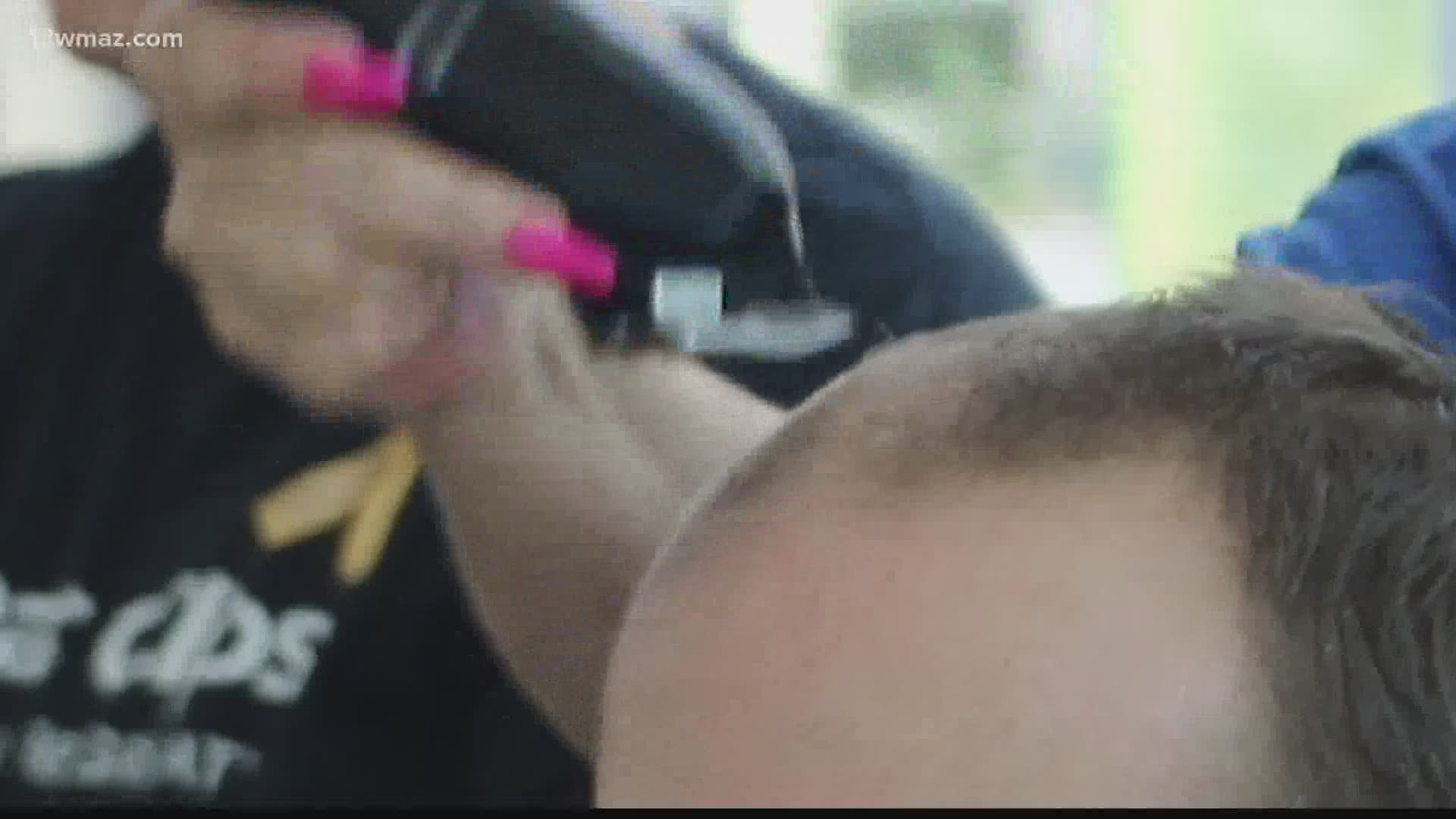 For the past seven years, volunteers and doctors at Beverly Knight Olson Children's Hospital have shaved their heads in solidarity with young cancer patients.

"The intention of this has really been to spread awareness," Navicent Pediatric Oncologist Dr. Vishwas Sakhalkar said. "Children with cancer really love that their doctor look like them and that's something that has kept me doing this year after year."

In the past, Sakhalkar has let his patients shave his head themselves.

Even though that can't happen this year, he wants to encourage others to take the plunge and shave for childhood cancer.

"Doing this virtually, we can reach many people all over for anyone who wants to shave their head," Sakhalkar said. "We're hoping that everybody will get inspired and shave their head for the cause of children's cancer."

"It's showing our solidarity with them and what they're going through... it gives them something to actually laugh at and to take their mind off of it for a little while," Pennell said.

Shaving from home, also allowed Pennell's family to get involved with the tradition.

"One of my daughters said, 'Dad, I've always wanted to cut stripes in your hair,'" Pennell said. "For about ten minutes, I looked like a zebra. Doing it virtually like this does provide opportunities to get a little bit creative."

Both Sakhalkar and Pennell have both fully shaved their heads, and now Navicent wants to see others do the same.

You can participate in 'Brave the Shave' by taking photos and videos of yourself before and after shaving your head and emailing them to at SocialMedia@NavicentHealth.org.

Thursday will be the last day to submit photos.