Full Monte is now voted as Georgia's Best Burger. It's a burger "all the way," topped with a fried egg, bacon and pimento cheese. 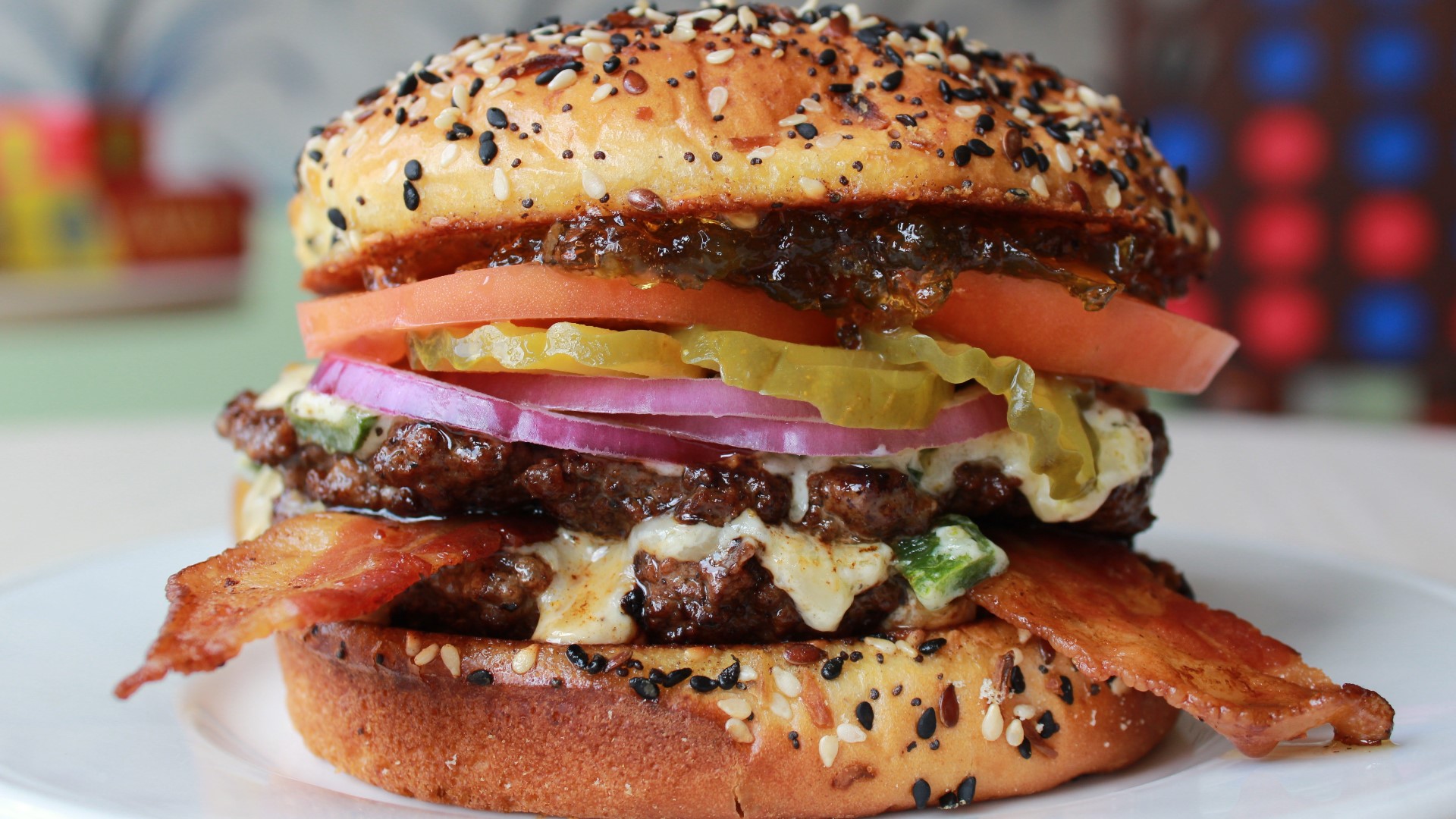 HAWKINSVILLE, Ga. — The makers of the best burger in the state of Georgia. That's the title a Central Georgia restaurant can now claim.

The Full Monte from The Grill at 125 Commerce Street in Hawkinsville was voted as Georgia's Best Burger.

The competition came to an end after a team of anonymous judges traveled across the state to try several burgers. It was all in an effort to crown the makers of the very best as champions.

Hell's 1/2 Pounder from CASEY'S in Winder, the Juliette Burger from Ocmulgee Brewpub in Macon, and Cheeseburger Talmo Style from Talmo Market Grill in Talmo were part of the top four before the Full Monte was crowned champion.

The organization says The Grill is the first ever winner of the Georgia's Best Burger title.

According to The Grill's menu, the Full Monte is a burger "all the way," which means it has tomatoes, pickles, onions, mayonnaise, lettuce and more. It's also topped with a fried egg, bacon, and pimento cheese.