Moe'z Tropical Cuisine has Jamaican classics like oxtail, curried goat, beef patties and more. They even serve up homemade juices. 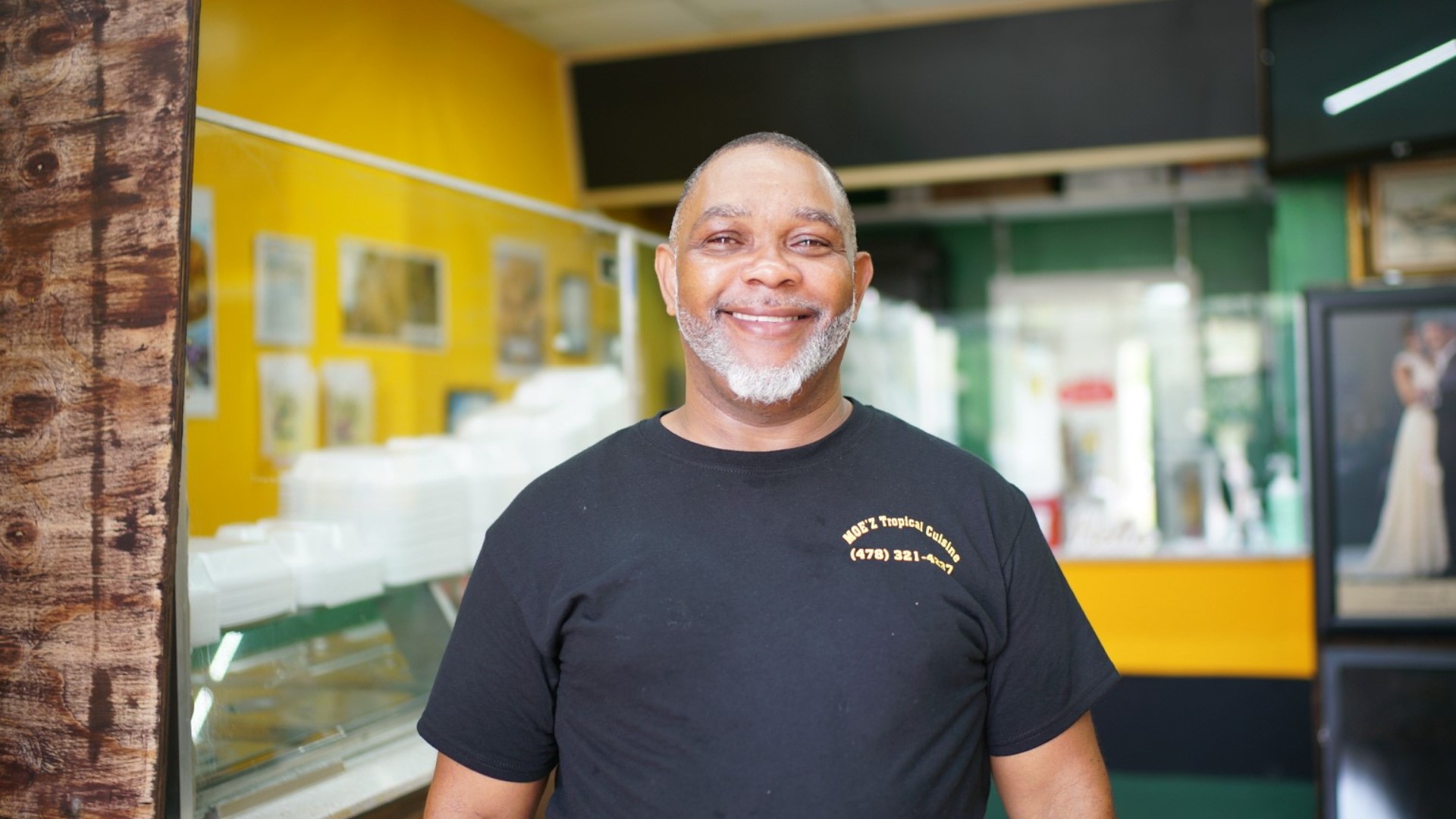 WARNER ROBINS, Ga. — Warner Robins is now home to another Jamaican restaurant. Moez Tropical Cuisine opened this year at 800 Elberta Rd., right next to On Food Mart and Gas.

Moses Williams is the owner of the spot. He operates it alongside his wife of two years, Charlene.

The restaurant serves up some of Jamaica’s most popular dishes. People can come in and get ackee and saltfish, oxtail, rice and peas, brown stew chicken, escovitch fish, dumplings and more.

“We also have the famous beef patty, coco bread, which is, you know...here in America they know a lot about that,” said Williams.

They also have Jamaican drinks, like “Ting” grapefruit-flavored soda and DG Genuine brand sodas like Cola Champagne. Williams has homemade drinks in the store too, including pineapple-ginger juice and sorrel – which is a drink made of hibiscus.

“A lot of people are not familiar with the Jamaican culture and our spices and stuff like that, but it’s very healthy and we try to cook as healthy as possible,” he said.

Williams says they cook most of their meats on the grill, so customers can have food that isn’t very greasy. He adds that the support from people in Warner Robins has been tremendous.

“People in the community have heard of us by word of mouth, which is really good,” he said. “So, we do little advertisement.”

Horace Butler says Moez is one of his favorite Jamaican spots in town. He’s a frequent customer, coming to the restaurant at least twice a week for lunch or dinner.

“Everything here is wonderful. I mean, it’s seasoned to perfection,” Butler said.

The oxtails, curried goat, and plantains are some of his favorite items on the menu.

“You get tired of the same things, like the McDonalds, the Burger Kings, the basic things around each town in Georgia. Just to have access to the Jamaican food is wonderful,” he said.

Williams is originally from Kingston, Jamaica and he’s been in the U.S. for over 30 years. He moved to Warner Robins about seven months ago after living in Atlanta.

“The community has given me a warm welcome,” he said. “I am so glad to be able to serve the community.”

'We want it to be an experience': New seafood and meat market coming to Warner Robins