The owner of La Bella Vita on Cotton Avenue says downtown Macon is due for a "good sit-down Italian restaurant." 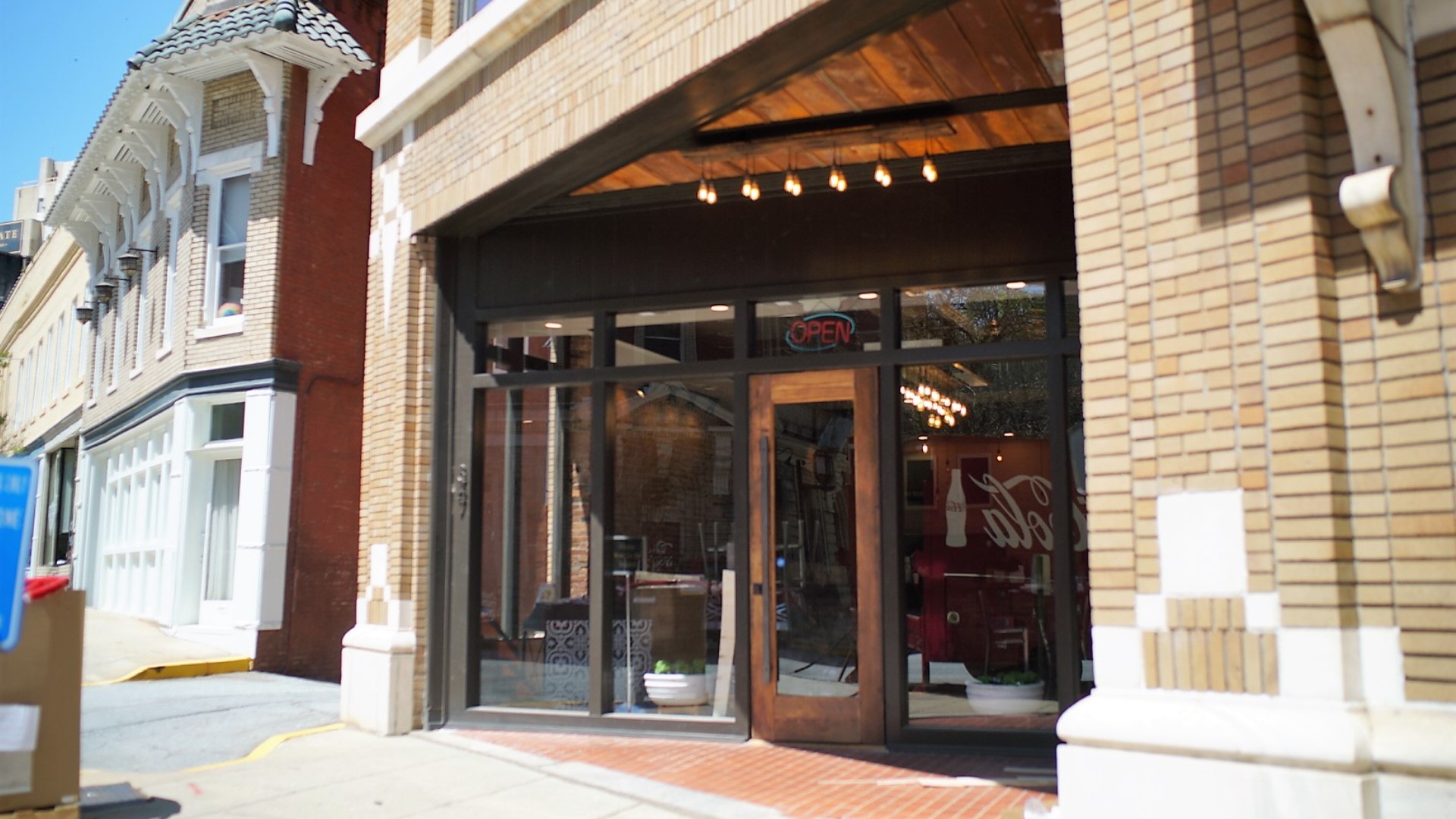 MACON, Ga. — A new Italian restaurant is coming to downtown Macon. La Bella Vita co-owner Donny Barnes says he and the other co-owner, Vincent Kelly, plan to open the spot at 347 Cotton Ave on May 1.

This is Barnes’ first restaurant venture, but he says Kelly has his hands in Fatty’s Pizza -- a Macon pizza restaurant franchise. The Alabama native moved to Central Georgia about a year and a half ago.

“We are very excited,” Barnes said. “One thing that we’ve talked about for a long time, it’s something that we felt downtown Macon needed was an Italian restaurant. Something, you know, locally owned that puts their customers first.”

Barnes says they’ve been in the process of establishing La Bella Vita for the last month and a half. They've been working on renovations, hiring staff, and organizing the menu at what he calls a “prime location” right across from Fatty’s Pizza.

“It’s got a lot of character. It’s well-established. It’s been around for a good long time,” he said.

The building used to be home to Crave Scratch Kitchen, which had only been in business for six months before it closed indefinitely. Before Crave, it was an Asian take-out spot. Barnes says he thinks La Bella Vita will be different.

Barnes says downtown Macon is due for a ‘good Italian sit-down restaurant.’

“There’s so much going on in downtown Macon, you know, cherry blossom, the night life on the weekends and during the week. I thought, this can be really successful,” he said. “Once we decided to do this, I put some information out on the internet and social media and, my very first post, I got like 400 likes and responses.”

La Bella Vita translates to ‘the good life’ from Italian to English. People can expect to see Italian restaurant staples like calamari and different types of pasta dishes on the menu.

Barnes says some dishes people can look forward to are a bruschetta appetizer and entrees like chicken marsala, pasta with vodka sauce, and shrimp scampi, which is Barnes' favorite.

“We just want to have a place where family can come, friends can come, and sit down and just have a good dinner, and it being like a family atmosphere,” he said.

La Bella Vita will have a full bar, too. There's also a private dining room people can reserve for conferences or other events.

“We’re a community-based restaurant, family-owned restaurant,” Barnes said. “We want people to know when they come in that we put them first.”