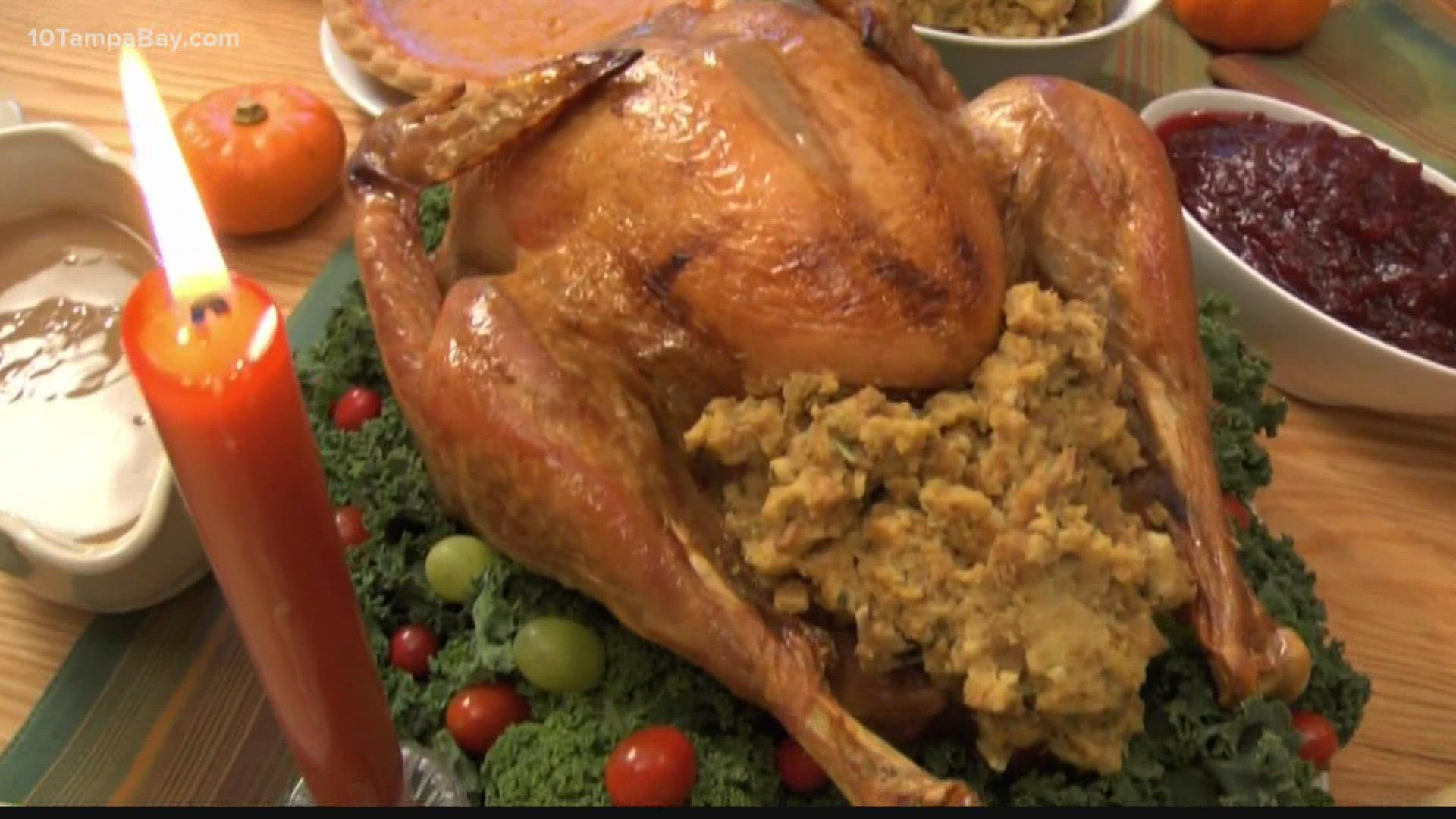 TAMPA, Fla. — Thanksgiving is officially a week away and we want to make sure you have a solid game plan for pulling off the perfect holiday meal.

We reached out to chefs around the Tampa Bay area to get their tried-and-true tips to help you spend less time in the kitchen and more with friends and family.

The first thing to keep in mind when you're prepping your Thanksgiving dinner? You don't have to do it all on Thanksgiving Day!

Planning Chef Jeff Conley with Publix Aprons Cooking School says figure out your dinner menu now so you can avoid last-minute trips to the grocery store.

“Start shopping little by little so you’re not trying to panic to make sure you got it all in one shot. You can do each of your shopping trips, little by little, collecting everything and then a day or so before, start getting things ready,” Conley said.

If you want to do mashed potatoes, Conley says to start the day before by peeling your potatoes and putting them in water. For homemade cranberry sauce, make it a day or two in advance to take some pressure off.

“It's going to save you some headache, and doing things in advanced is going to help you feel nice and calm going into Thanksgiving, which is an important thing,” Conley adds.

RELATED: How to carve the perfect turkey

If it's your first Thanksgiving or the first time that you're cooking a big meal for a lot of people, Conley says you may not realize that timing is going to be something you need to think about a little bit. Make sure to have all your dishes come out around the same time.

Nobody wants those potatoes to get cold while they're waiting for the turkey to come out of the oven. Anything that you've made in advance should be taken out 30 minutes before you want to cook it. Conley suggests putting it on your counter, letting it come to room temperature, so it'll cook at a better rate more evenly, and faster.

Make sure to give your turkey time to sit on the counter and soak up any liquid around it for 25 minutes after coming out of the oven. Conley says if you go straight from the oven to the carving, you're going to dry out that bird.

Once the bird is out of the oven, you've now got room in the oven for any other sides or casseroles that could take 30 minutes to heat up. When they come out, you slice the turkey and everything is served at once.

2. Doing too much all at once

Remember, you’re not cooking for 30 people. And even if you were, you don’t need 30 dishes. Conley suggests focusing on the dishes that are important to you and your thanksgiving.

"If you try and do it all, especially if it's your first or second Thanksgiving, you’re going to get overwhelmed and you’re going to have a lot of food nobody eats… and a lot of dishes to clean," Conley said.

3. Getting a big turkey for small gatherings

If you're making a small feast for 2-4 people, Conley says a turkey tenderloin might be a better option that's just as delicious.

"You can still season it just like you would for your Thanksgiving turkey, you can still roast it, it still goes great with all of those sauces and all the things you like to put with your turkey."

For a small group, Conley also suggests sticking to one dessert.

Thanksgiving isn't the time to try out new recipes-- especially if this is your first time hosting.

"Keeping it easy and simple and not having to worry about all kinds of techniques or a huge list of ingredients is going to make it easy for you, especially if you haven’t done a lot of thanksgiving in the past and maybe this is your first one or two tries at it," Conley said.

Gravy, cranberry sauce, and sides can all be simple recipes that don't require a big list of ingredients.

"We're not trying to blow people away with massive technique. This is a family holiday. This is going to be a lot of family recipes, a lot of really simple recipes, where the great flavors of fall can push forward for us," Conley adds.

Got questions for the chef? Text them to 727-577-8522. Chef Connley will be joining 10 Tampa Bay from 6 to 7 a.m. the day before Thanksgiving to answer those questions as you prep your meal. 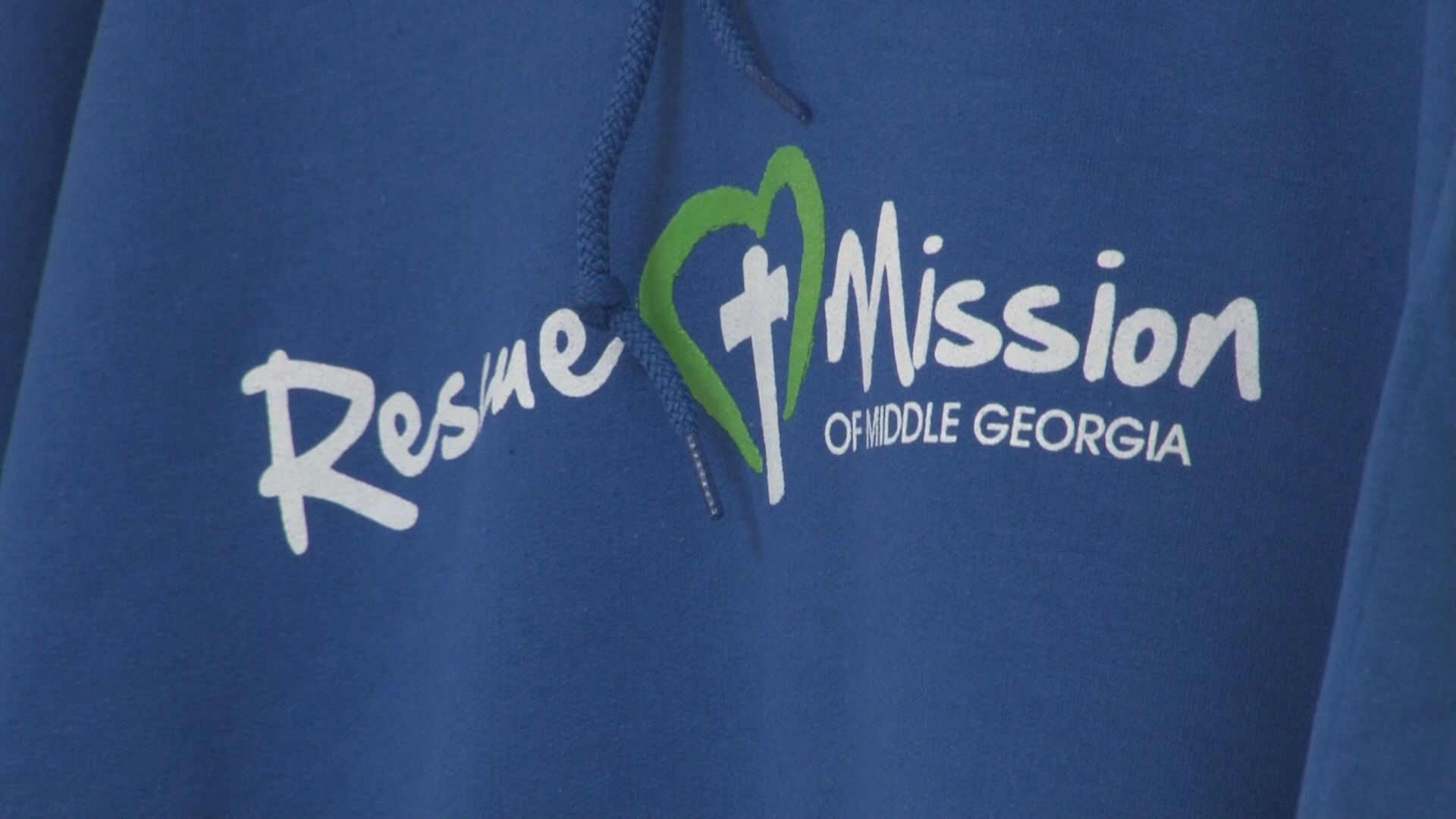 Rescue Mission of Middle Georgia to give out 1,800 meals