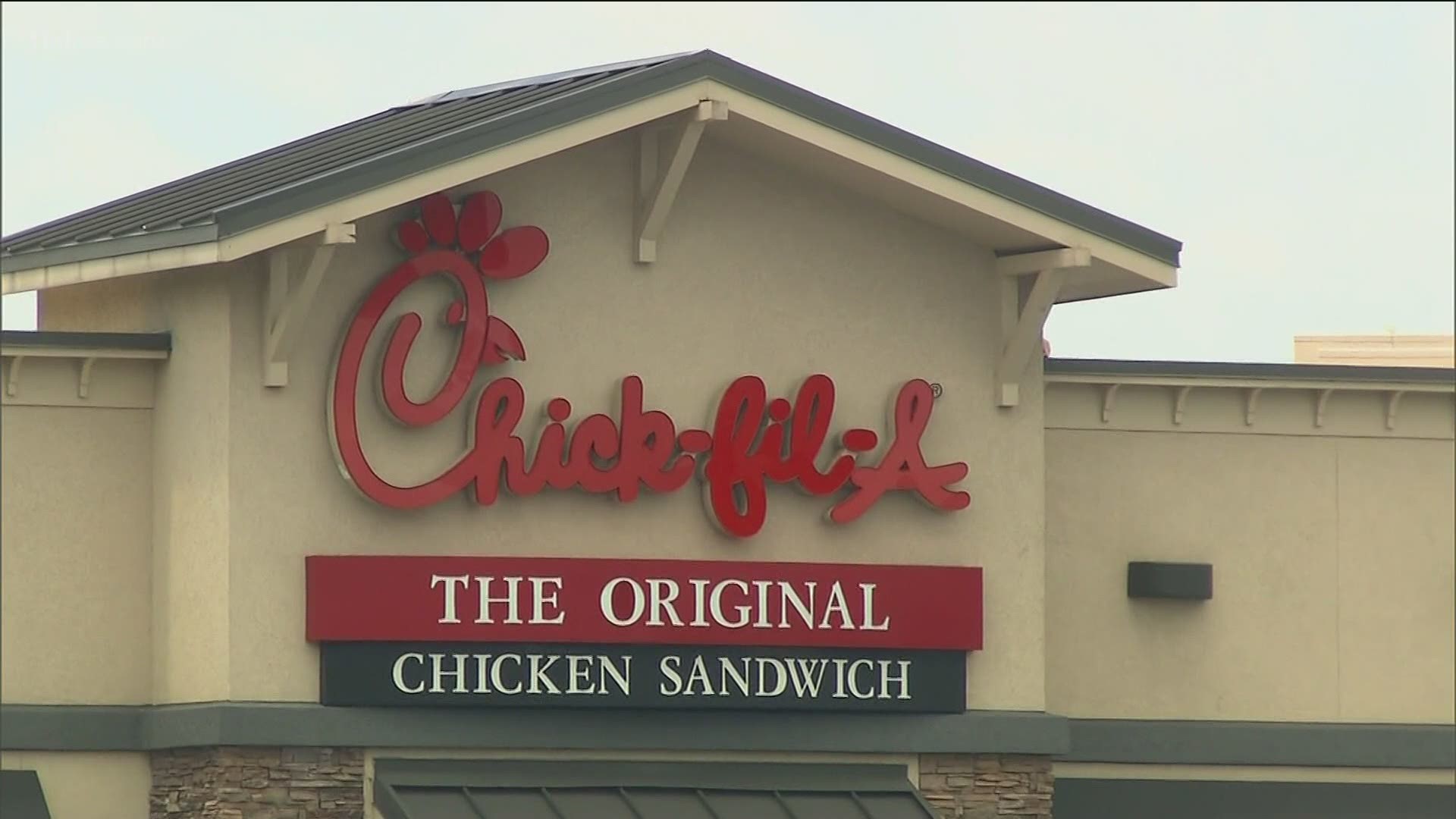 ATLANTA — Chick-fil-A will have a new salad for spring time on Thursday, announcing a new seasonal menu item that will debut next week in restaurants around the country.

The Atlanta-based chicken chain said it would now be offering a lemon kale Caesar salad starting April 26, next Monday.

Chick-fil-A described the salad in a release: "Offering a twist on a popular classic, the Lemon Kale Caesar Salad combines warm Grilled Nuggets on a bed of romaine and kale with shaved parmesan cheese and lemon wedges, served with a Lemon Caesar Vinaigrette dressing and Lemon Parmesan Panko topping."

“We wanted to create a modern version of a Caesar salad with a refreshing twist,” Chick-fil-A chef Christy Cook said. “And we also wanted a salad that would spotlight our warm Grilled Nuggets.”

She said you'll want to squeeze the lemons over the salad and chicken for the full effect.

Chick-fil-A said it would be available at "participating restaurants" nationwide, including Atlanta. It's not clear how long the salad will be on the menu.

“It’s a delicious lower calorie salad option for those who enjoy a traditional Caesar Salad and those looking to try something new," Kaitlin Miller, menu category leader at Chick-fil-A, said in a release. "After testing this item in 2017 and receiving great feedback, we’re excited to add it to our 2021 lineup of seasonal offerings.”