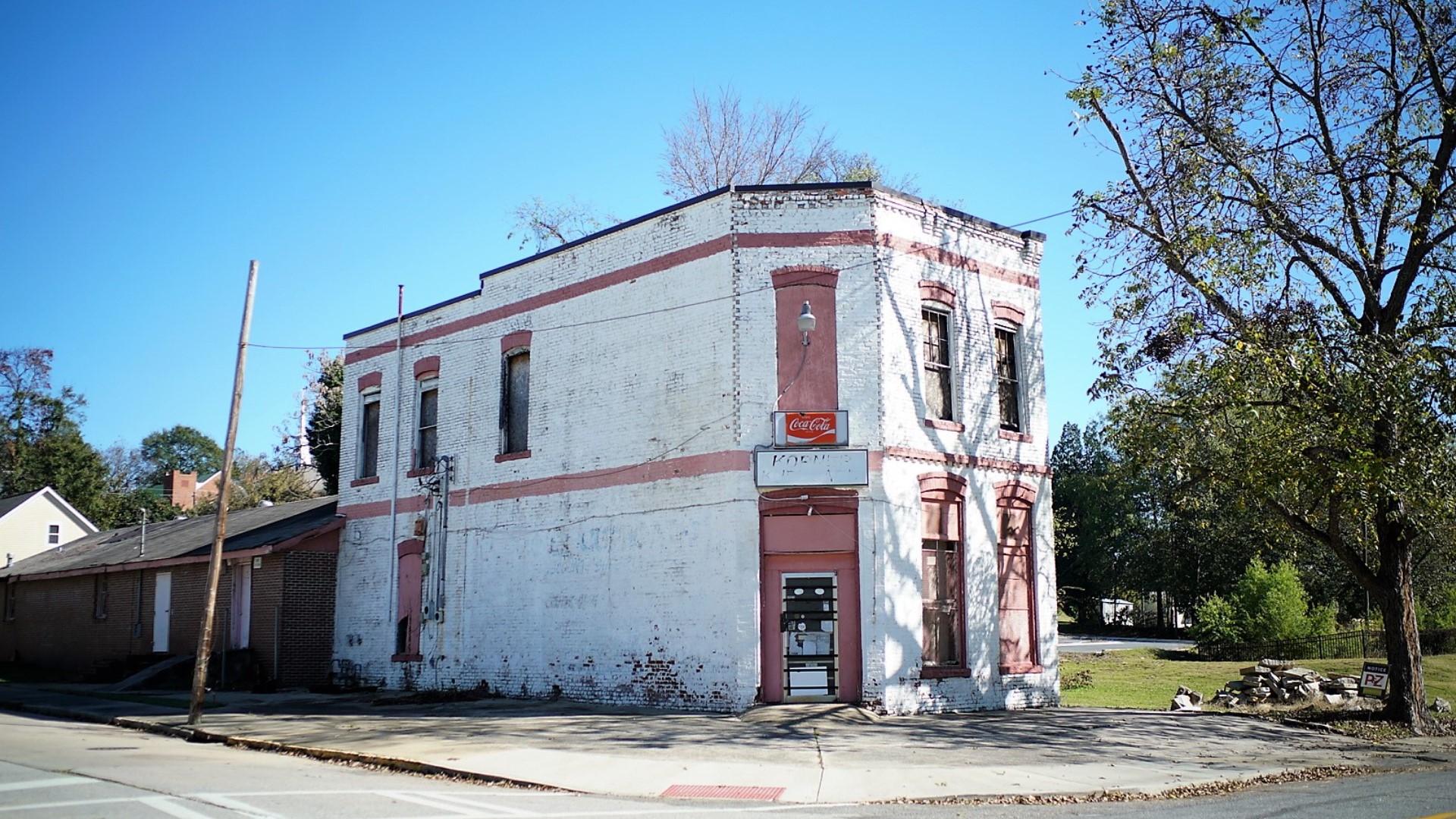 An old pharmacy building built in the 1800s will soon be home to a restaurant named 'Mamas.'

“That area of Macon is so unexplored and in need of some support,” said Robert Fisher.

Fisher is the entrepreneur funding the project.

He says the building at 995 Hazel Street was previously owned by Historic Macon and he didn’t know it existed until a friend of his told him about it while he was looking for properties.

The property is made up of two parts – a front building and a back building. Fisher says the front structure was built in 1889. That space will be used as the restaurant’s kitchen and dining area.

The two-story structure has high ceilings nearly 20-feet tall. Fisher says he expects the seating area to be around 1,000-square-feet.

Diners can expect to see a space that looks a lot like “an old grocery store.”

“I envision our servers in white collared shirts and aprons, and I’m a big Chuck’s fan, so we’re all going to wear Converse,” he said. “A lot of wood, we’re going to polish the concrete floors.”

Upstairs there will be a social room that people and groups can reserve to accommodate large parties.

Fisher says the back structure was most likely added on in the 1950s. That space will primarily be used as a catering kitchen for his business, Mama Honey’s Catering and Sideshow.

“What we mean by that is we like to take traditional Southern foods and twist them up a little bit,” Fisher said.

Fisher says the name of the restaurant is an ode to all the strong women in our lives. He plans on asking the community for photos of their families for decoration.

“We want pictures of mothers and aunts, sisters, and we’re just going to plaster the walls of the women in people’s families,” he said.

Fisher says he plans to hire around 40 employees by reaching out to places like Hutchings College and Career Academy and the culinary school out of Goodwill.

“The majority of them will come out of that neighborhood,” Fisher said.

He says it’s all about building community.

“At the end of the day it’s also about the community. It’s about bringing people together. It’s getting Beall’s Hill somewhere where they can gather and see some positive movement in the commercial aspect of the neighborhood,” Fisher said.

He says he's thankful for Historic Macon and architect Will Stanford.

“None of this would have been possible without them,” Fisher said.