Per Diem Market has everything from produce, plants, and pet food to household items, grab-and-go sandwiches and gardening tools. 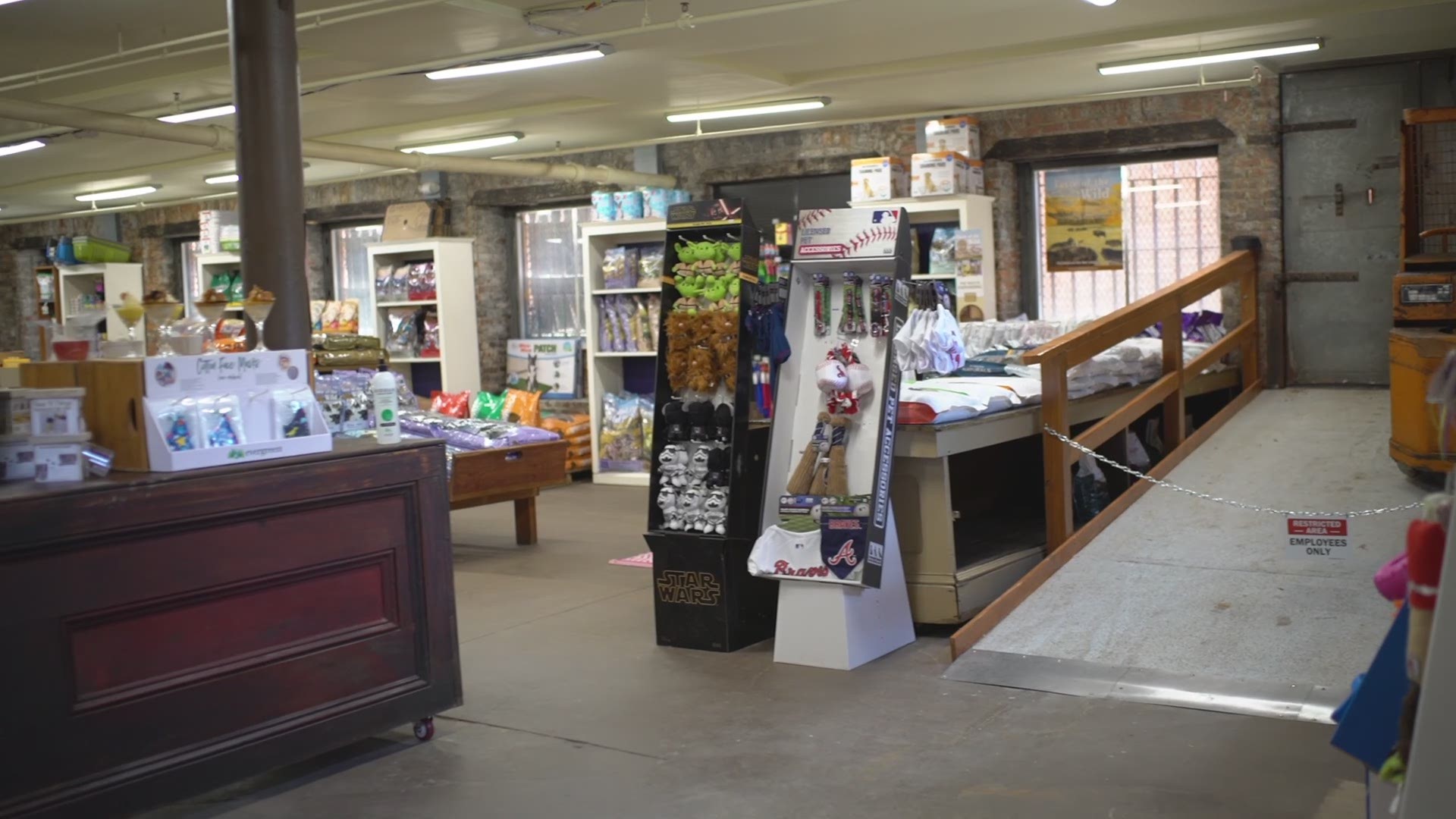 Per Diem Market opened this month and it’s located at 455 Poplar Street -- the old location of Ocmulgee Traders, a grocery and café that closed just over a year after it opened back in 2014.

Jeremy Smith is a co-owner of Per Diem along with Whitney Boyer. Smith says Per Diem is different from the previous spot.

“I think that what’s helped us is, of course, population density increase, but we’re really trending towards and targeting what the downtown population has and that’s a lot of pets,” Smith said.

He says the market tries to cater to the downtown population, people who live in small spaces and are pet owners. They have a variety of pet foods and treats, as well as other pet care items.

But Smith still calls Per Diem a general store. They sell everything from produce, plants, meat, beer, and wine to pet food and treats, household items, gardening tools, and more.

Smith says they’re hoping to have year-round potting plant availability for people. He also says a lot of their vegetables come through Good People Market, a company that works to source local growers and get them into food deserts.

“Give everyone an opportunity to really visit us and patronize us,” Smith said.

The two-story space has a deli on the second floor too, where folks can pick up grab-and-go sandwiches, pasta salads, dips, deserts and more that Per Diem makes fresh every morning.

He says the spicy feta spread and the Cuban sandwich are the must-try items.

“The Cuban has been like a sleeper since opening,” Smith said.

Smith says in the next couple weeks, they hope to have pre-packaged weekend griller boxed for people that want curbside pick-up and a larger selection of proteins like steak cuts of grass-fed beef, chicken, and some vegetarian options.

“Give us a shoutout. Give a visit and see what we can do for you,” Smith said.