JAG's Pizzeria & Pub will have a similar menu to Sauced, but with a full-service bar. The bar also has built-in charging ports. 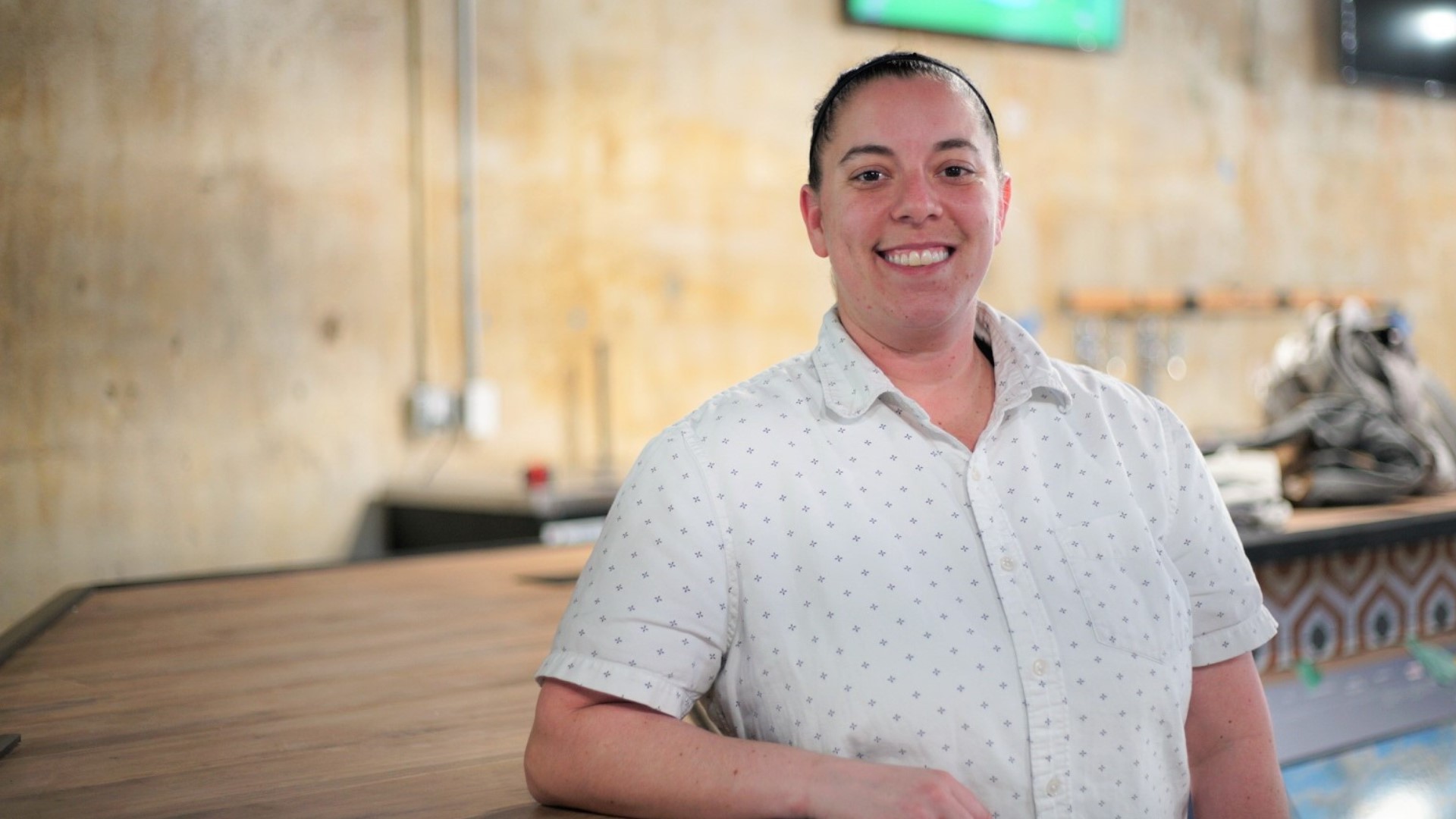 MACON, Ga. — A storefront in Macon’s Mercer Village that was once home to Sauced is now a new pizza spot called JAG’s Pizzeria & Pub.

Lisa Williams is the restaurant’s general manager. She says the menu will have a lot of the same items Sauced used to have.

Williams says she heard that people loved the pizza at Sauced.

“So, Mercer students, a lot of them have loved what Sauced was,” she said. “We kind of liked the idea of the pizza joint. We just wanted to make it more of a fun atmosphere.”

JAG’s even hired a couple of the cooks from Sauced.

There is one major difference – a full-service bar. JAG’s will have craft beer and liquor on the drink menu.

Williams says it will have a few specialty cocktails and shots as well. There will also be a happy hour.

People can charge their phones at the bar, too. The bar has built-in charging ports so folks can plug-in while they’re staying out.

“That’s a really cool feature that we have done here,” She said.

The new restaurant also has 10 televisions. Williams says there will be several different sports channels on at a time.

“Pizza, beer, music, TVs. I think this atmosphere has it all,” Williams said.

The pizzeria is named after its owners Richie Jones, Brian Adams, and Ryan Griffin.

They aren’t new to the restaurant scene. Williams says some of them also have hands in Downtown Grill, Circa, Miramar Raw Bar & Tapas, Piedmont Brewery & Kitchen, and a restaurant coming to downtown Macon this year called Kinjo Kitchen + Cocktails.

Construction for the restaurant started in December, she says.

“Sauced was up for sale and these three owners of mine, they came in and bought out Sauced,” she said. “The day that they bought it out I want to say the next day they came in here and started that day.”

They knocked down the old seating booths, added new plumbing, wood paneling to the walls, and built a bar.

JAG's is located at 1635 Montpelier Avenue. For now, opening day is set for March 11. Williams says JAG’s is also hoping to hold a “big St. Patty’s party” on March 14 with live music and giveaways.